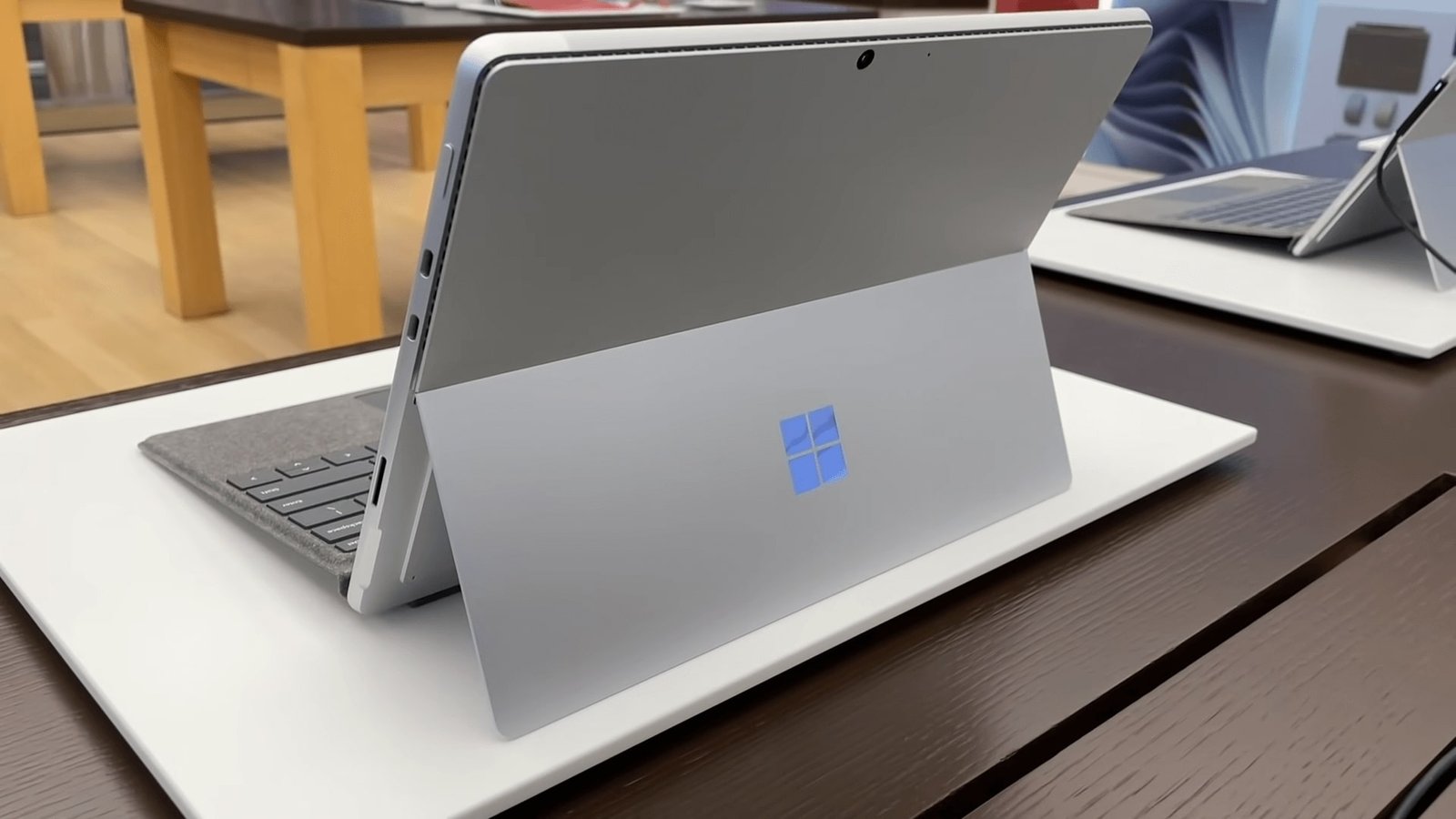 The Surface Pro 8, Microsoft is launching a new model in its popular Surface series. Here is an overview of where the convertible that can be pre-ordered from SATURN differs from its predecessor.

Microsoft has released a current model of the Surface Pro series to coincide with the Windows 11 launch. The eighth generation of mobile convertibles builds on the technology of its predecessors and brings noticeable improvements. 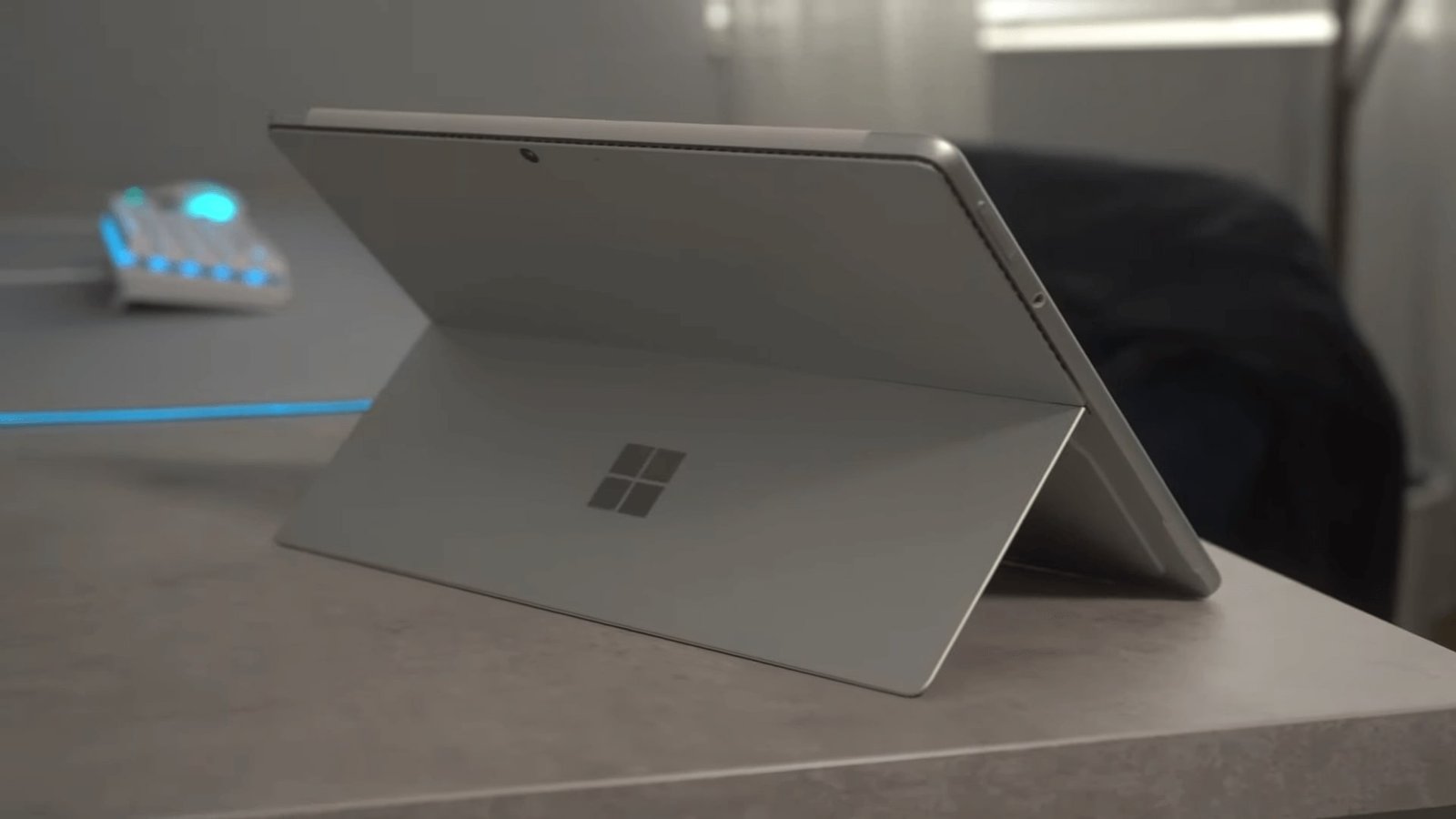 All versions of the Surface family can already be pre-ordered from SATURN and will be sent on time for the official release. The following overview will show you what innovations you can expect with the Microsoft Surface Pro 8.

The most noticeable innovations are in the design: The new Surface Pro 8 has a display diagonal of 13 inches (Surface Pro 7: 12.3 inches), but the case remains handy and lights thanks to its narrower frame. In line with the new screen size, the resolution of the new convertible has also been upgraded to 2,880 x 1,920 pixels. It thus retains the usual sharp pixel density of 267 PPI (pixels per inch) of the predecessor. 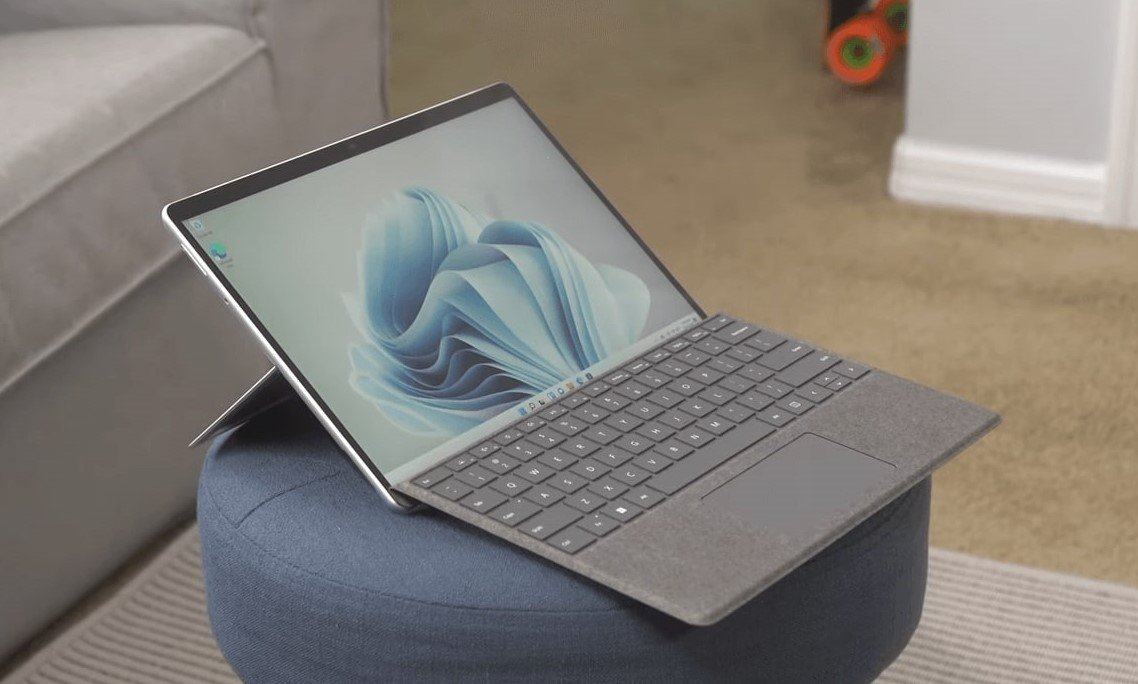 In addition, the new screen enables content to be played back in 120 Hertz and significantly improves the viewing experience compared to the 60 Hz display of the Surface Pro 7. With the help of Dolby Vision, a feature reserved for the Surface Pro 8, the reproduction of media content is crystal clear and accurate to color. 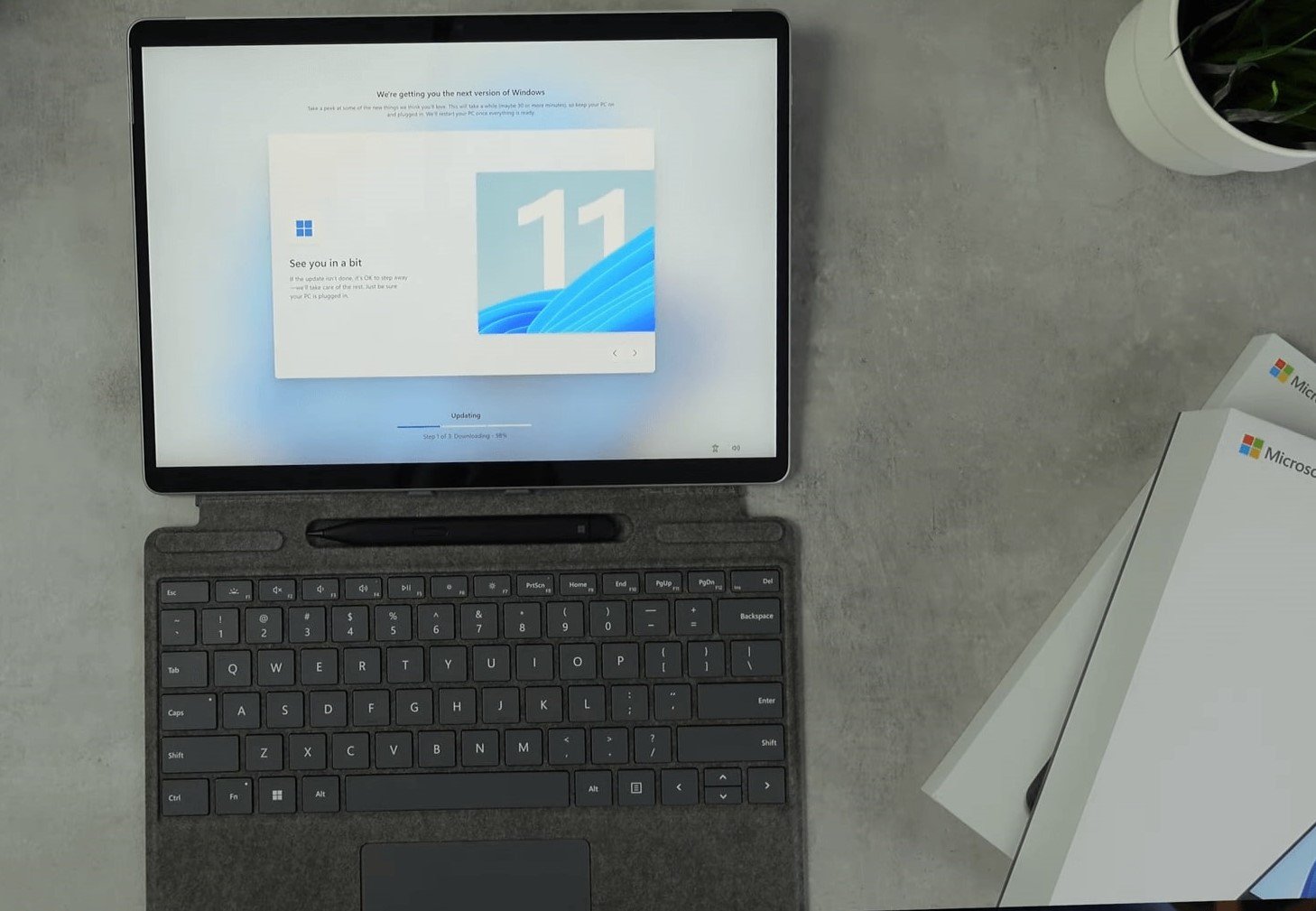 Another new feature is an ambient light sensor installed next to the Full HD front camera. This allows the Surface Pro 8 to adjust the screen brightness dynamically and thus react to changes in light effects. This saves not only your eyes but also the battery.

Both the Pro 8 and the previous model have 8 gigabytes of RAM in the basic version to support the computing power – while the 7th generation of the Surface Pro can expand up to 16 gigabytes, the current version, on the other hand, can accommodate variants with up to 32 GB of RAM.

The internal memory in the entry-level version is limited to a 128 gigabyte SSD module. The Surface Pro 7 can adjust capacity up to a maximum of 256 GB; the new model allows a configuration of up to 512 gigabytes.

Intel’s Iris-Xe unit is used as the internal graphics solution in the Surface Pro 8. Compared to the Intel Iris Plus, which is built into the Pro 7, the smaller manufacturing structure enables significantly lower power consumption with better performance. The two stereo speakers also promise better playback of audio content; they are now equipped with the Dolby Atmos feature and can thus play even more immersive sound.

The optional Slim Pen 2 stylus has also been upgraded. The Microsoft G6 chip, specially designed for the pen, ensures a more realistic feel and character input. There are also new forms of feedback on the hardware side – for example, in Microsoft Word, the Slim Pen 2 can signal to the user that a word has been deleted with a slight vibration. 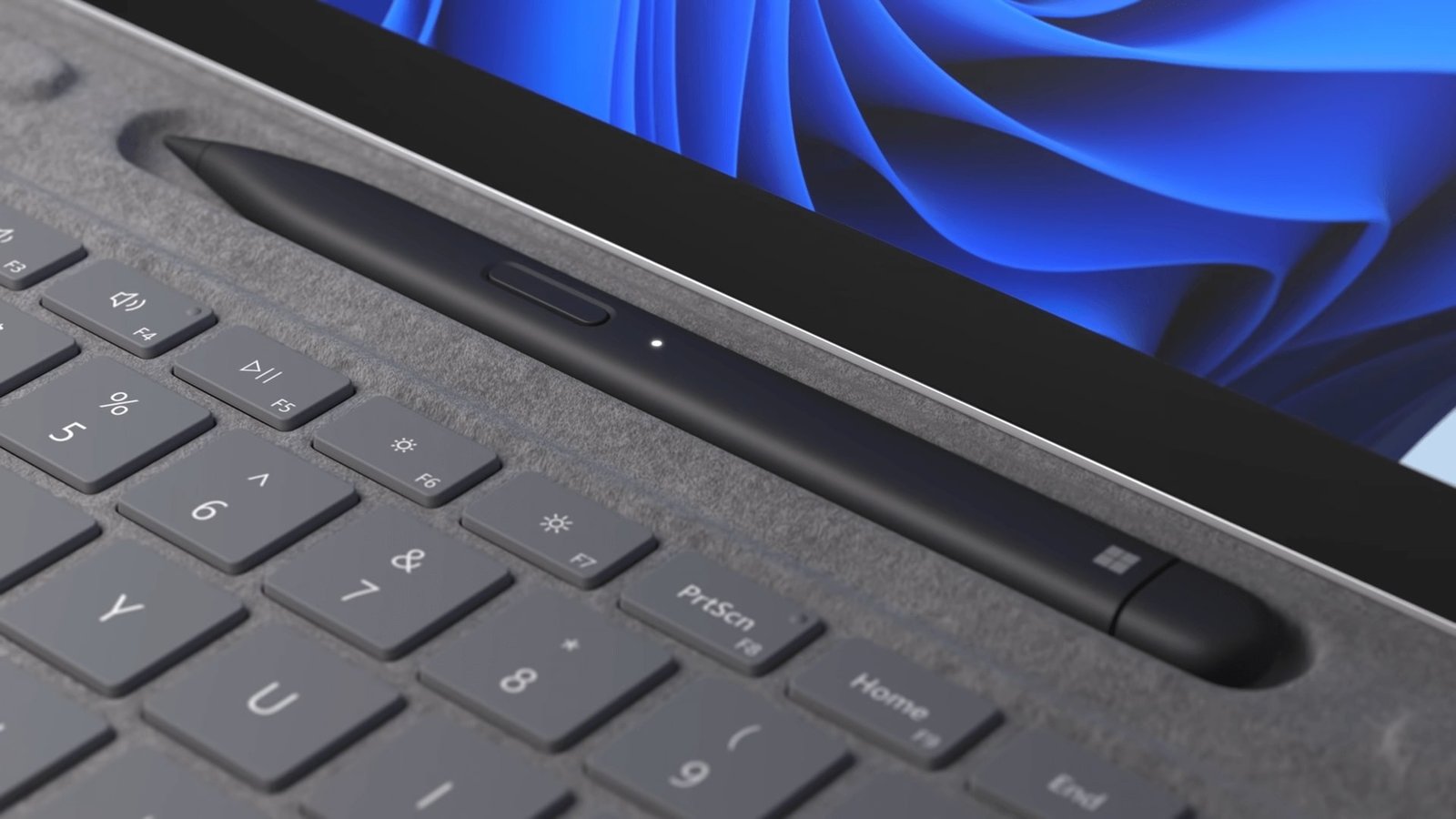 The new Surface Pro Signature Keyboard, on the other hand, relies on the tried and tested and still offers rock-solid essential feedback and optionally has a fingerprint sensor installed to be able to secure the Surface Pro 8 following current standards. The new option is to be able to charge the Slim Pen 2 above the function bar. 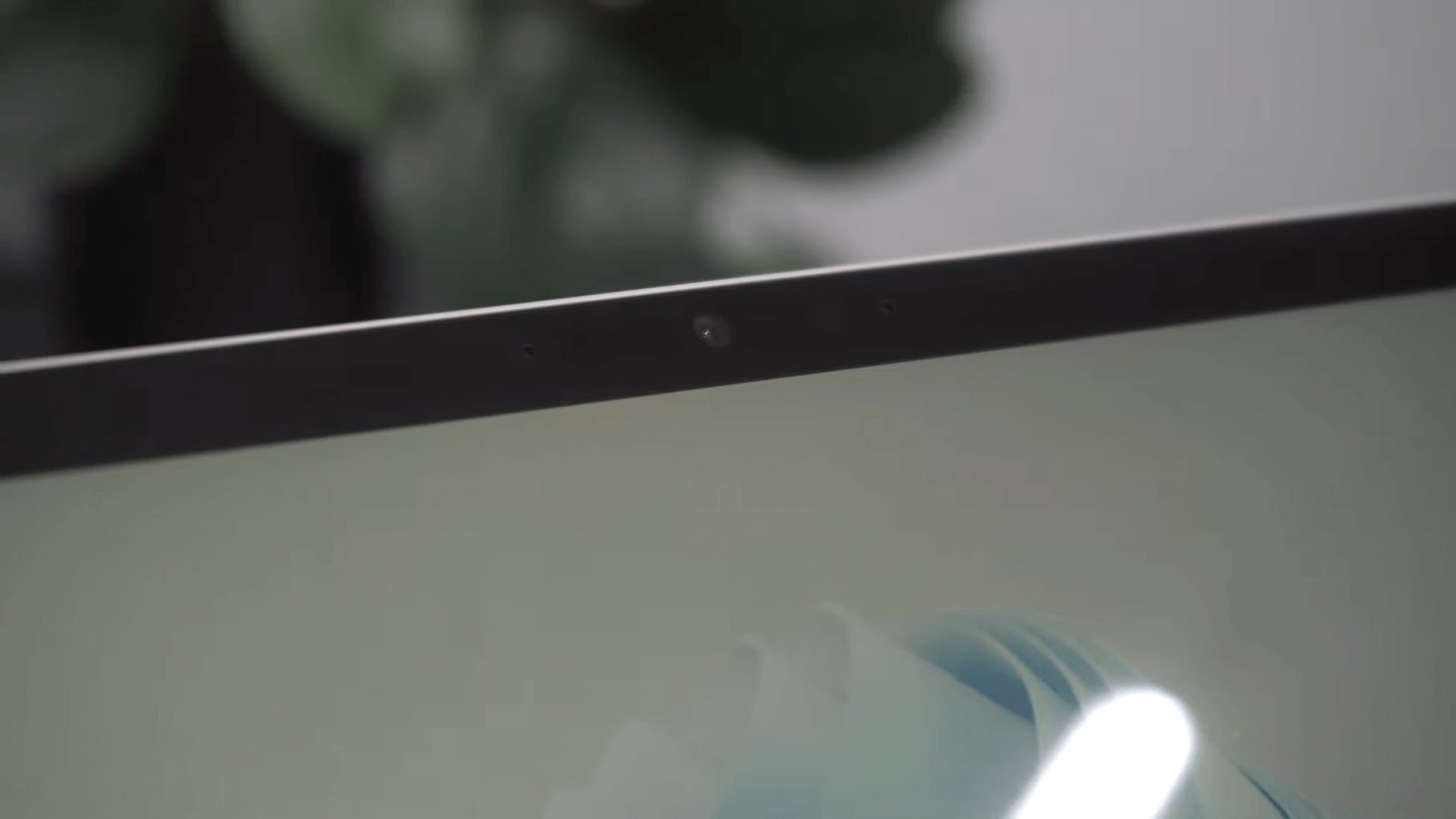 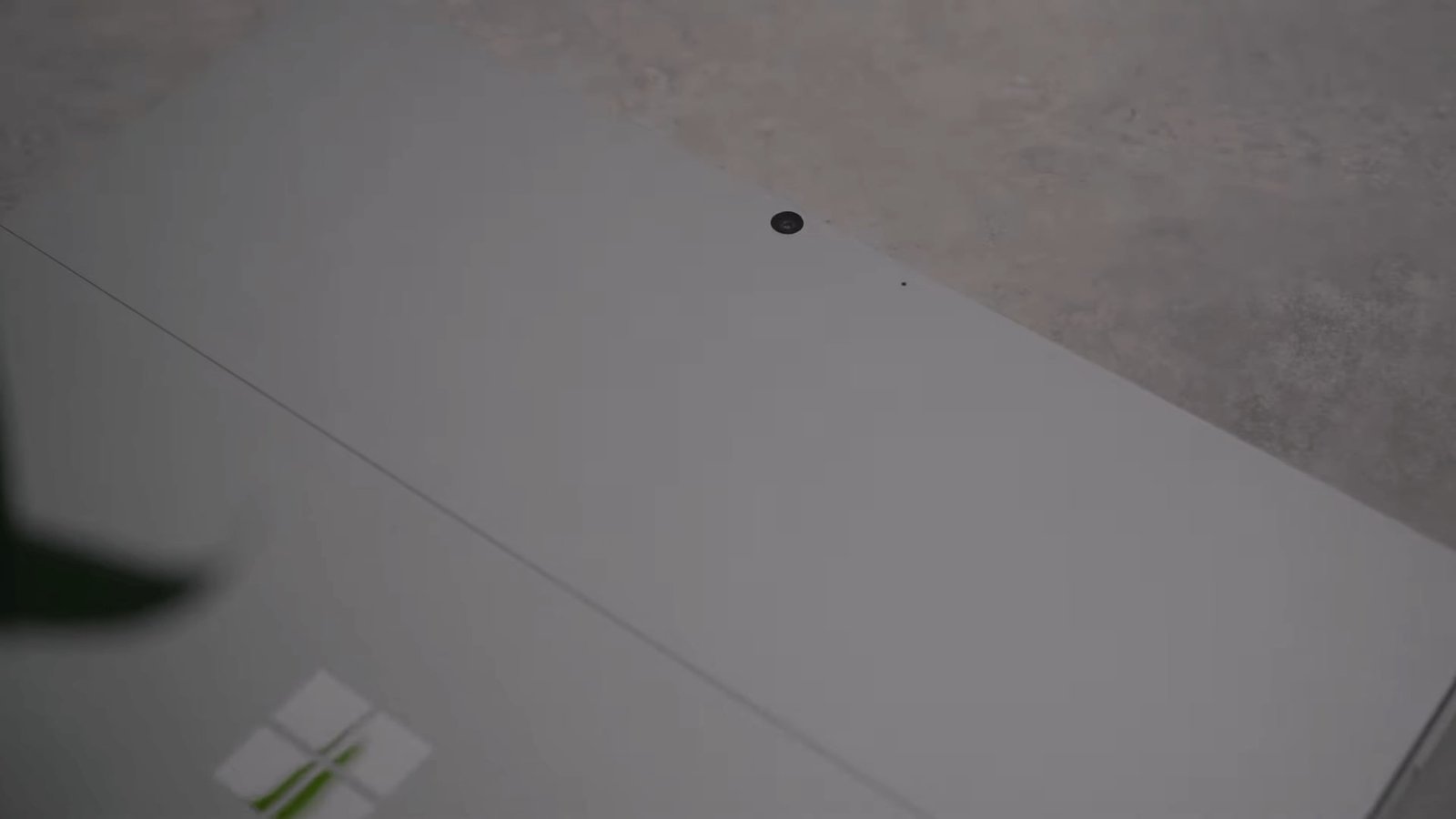 The Surface Pro 8 also uses the latest standards in terms of connectivity: The USB-A ports known from the previous model are eliminated and are being replaced by Thunderbolt 4 ports, which, in addition to faster data transfer, also offer the option of displaying displays with up to 8K resolution to be connected. The upgrade of the components does not affect the battery performance – on the contrary: The new architectures allow the Surface Pro 8 to improve the runtime to up to 16 hours with a full battery charge, while the previous model manages up to 10.5 hours.