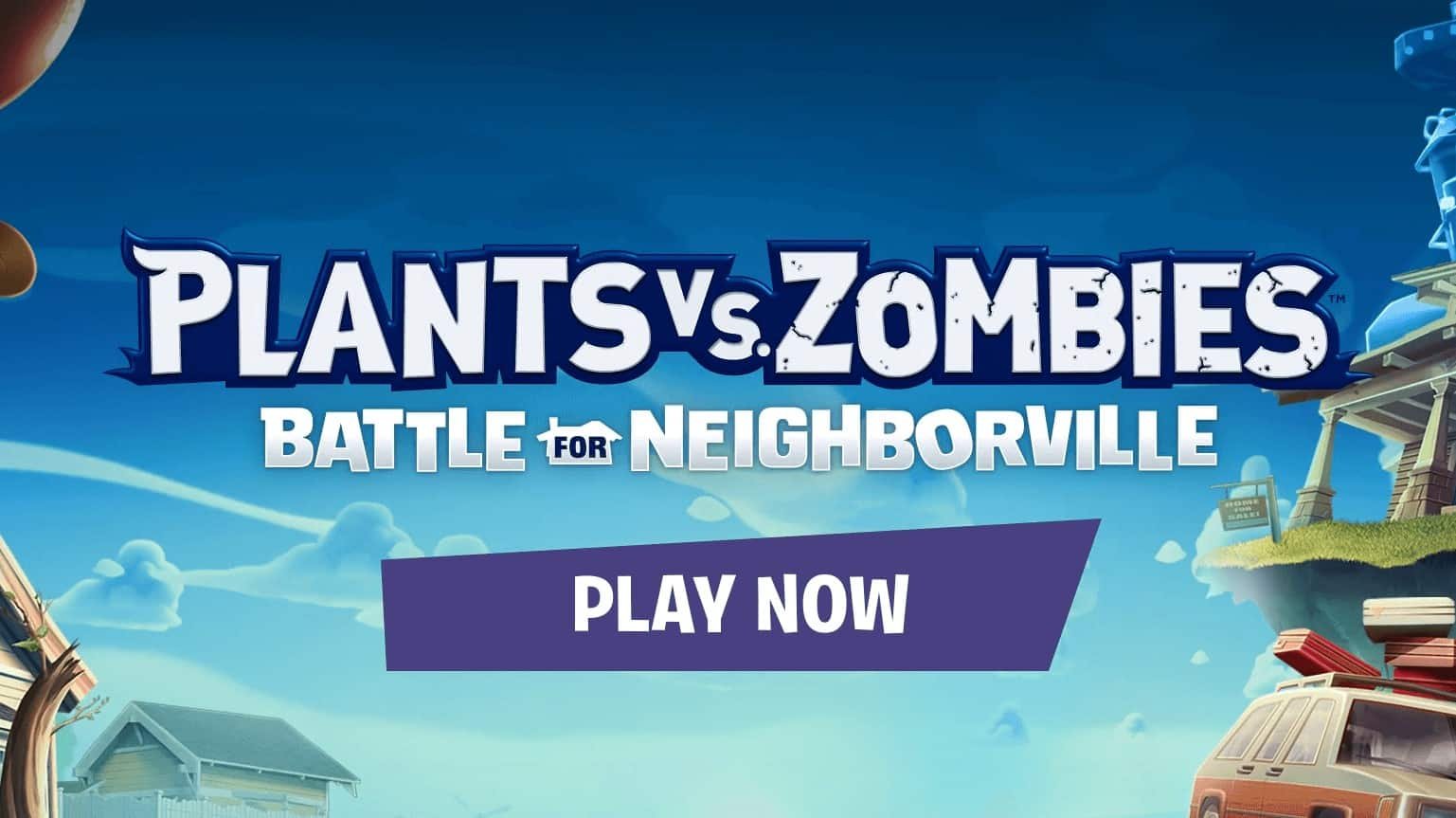 Plants vs Zombies is the story of a modest tower defense game that has become, almost in spite of itself, a real video game phenomenon. Initially released in 2009 on PC , the game quickly met with relatively significant success, which led the PopCap Games  teams – at the origin of development and publishing – to port and spread their game to the maximum. of platforms. Xbox 360 , PlayStation 3 , PlayStation Vita , Nintendo DS , iOS , Android … Even more confidential mobile operating systems such as Bada andWP7 were entitled to their version! In short, Plants vs Zombies has been ported to just about every medium imaginable.

Building on the commercial success of these two previous games, PopCap Games and Electronic Arts did not wish to stop there and repeated the exercise with the latest episode of the series: Plants vs Zombies: The Battle from Neighborville . It is also this opus released in September 2019 on PC , PlayStation 4 ,  Xbox One and available since March 19, 2021 on Nintendo Switch , that we have tested for you.

Whoever never crashes has no chance to grow …

First of all, know that this Nintendo Switch port comes after a fairly general public disappointment with the PC , PlayStation 4 and Xbox One versions , which suffered from a lack of content and a tarnished image by a slightly pernicious economic model, oriented on the now famous concept of “game as a service” . In other words, after buying their game, the player is regularly asked to go back to the cashier and enjoy additional paid content. Good news: this “Complete Edition” versionoffered specifically on Nintendo Switch includes all of the content made available since the game’s initial release and micro-transactions have completely disappeared ! 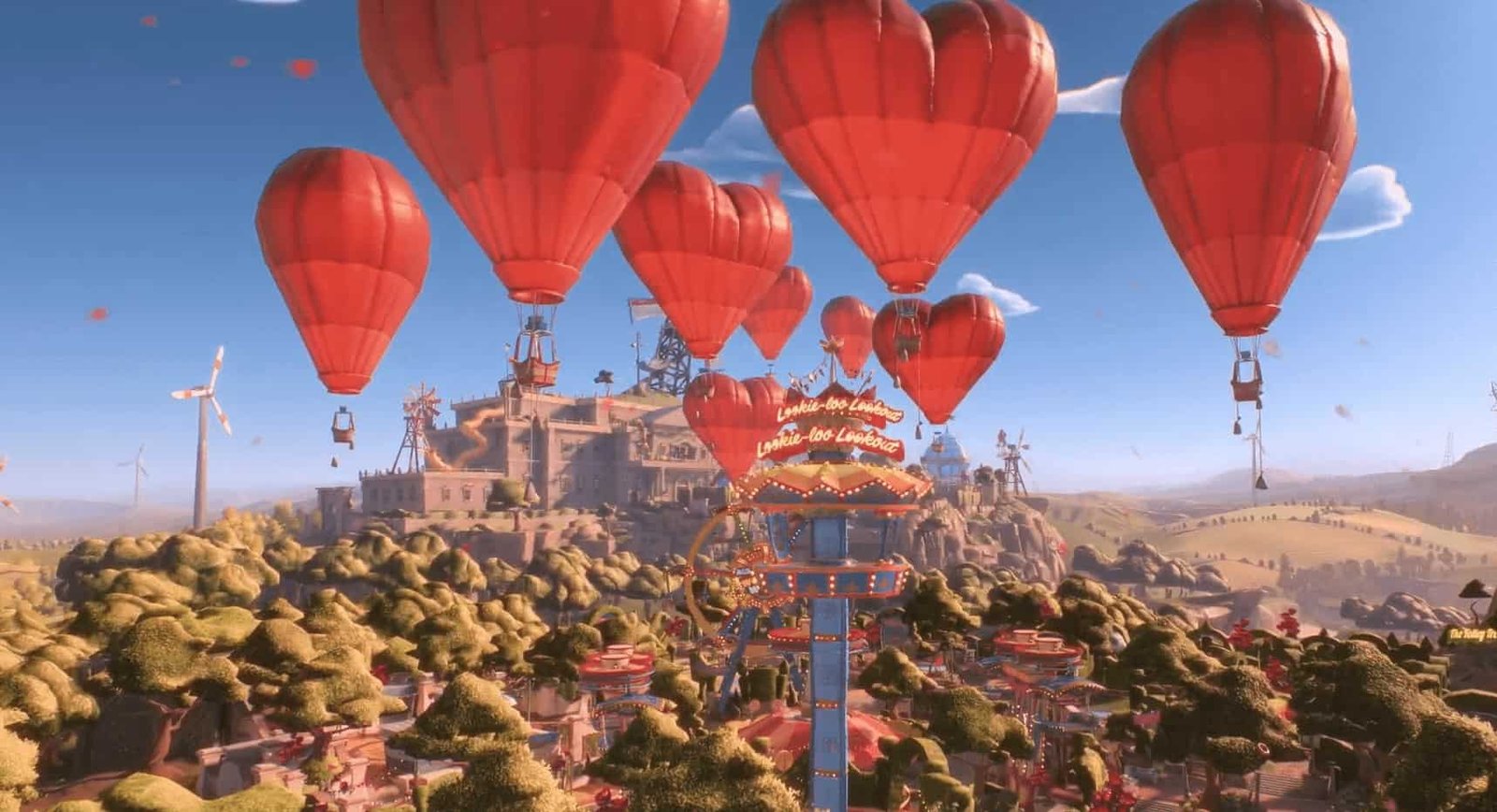 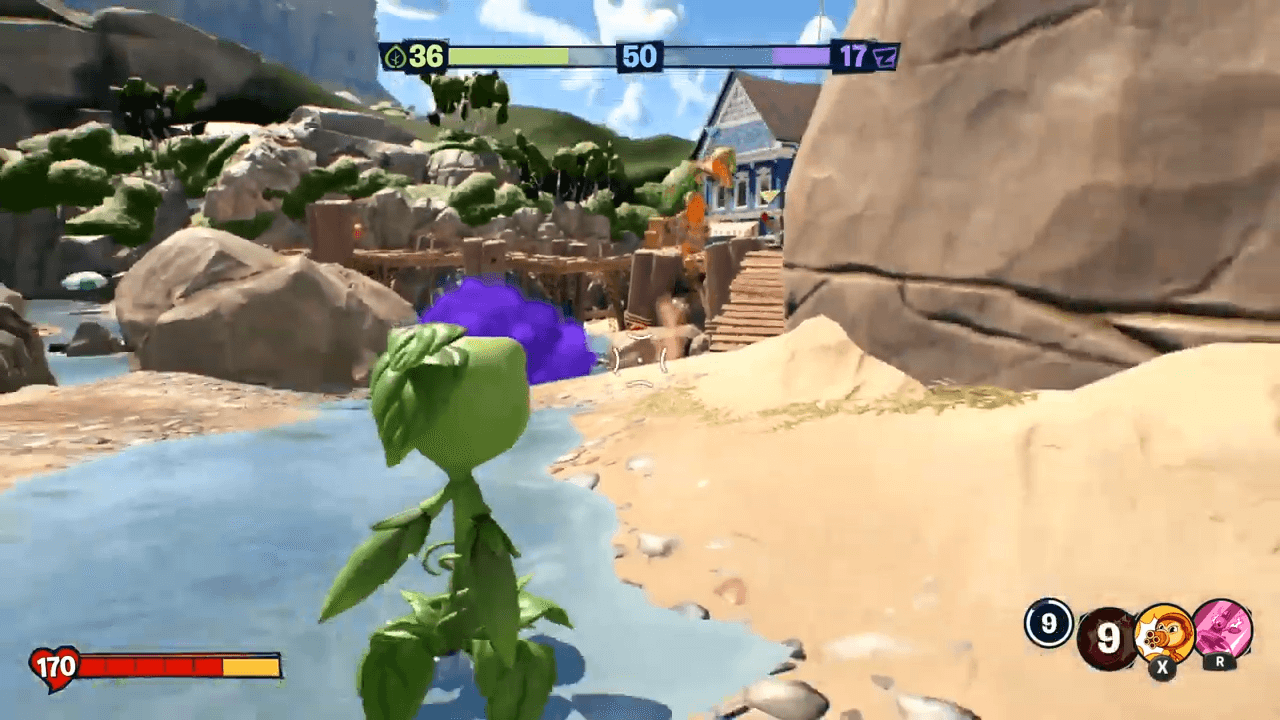 Plants vs Zombies: Battle for Neighborville is a TPS (Third Person Shooter)  that takes place in the completely barred and licensed universe, with plants that wage a merciless war against zombies whose only desire is to get away from it all. gorging on human brains. In this interminable conflict, we are free to fight for one side as for the other. Each of these two camps is made up of a list of ten playable characters with specific characteristics, abilities and roles: attacker, defender, support. If the game does not invent anything on this point, this diversity of choices is sufficient to satisfy the desires and affinities of a wide range of players. Me, for example, I very quickly found myself in the role of the smiling sunflower which heals its allies and which, when it is really necessary, takes root solidly in the ground to discharge an overpowered solar ray in the mouth of the one or that. that comes a little too close. We could try to find out why, but let’s leave that to the psychoanalysts if you don’t mind.

In short, the whole game revolves around a central hub from which we can meet other players (provided we have activated the online mode) and choose from a whole bunch of activities. To start off well, we are invited to join one of the three PvE maps (editor’s note: term used to mean that the player faces characters controlled by a computer, as opposed to PvP which symbolizes games against other real players) which are not immensely large but rather pleasant to navigate. With a system of more or less well scripted quests, a few boss fights, collectibles to find and rather cool challenges to overcome, we will gladly spend a few hours on it before wanting to see something else.. The little extra that could make the difference: these cards are playable solo but also with two and three players. What to spend a friendly moment with friends before confronting the entire planet in PvP! Let’s be frank: this facet of Plants vs Zombies: Battle for Neighborville is certainly not the one with the most interest, but it still offers a fairly high challenge at times and especially allows you to familiarize yourself with the basics of the game. game, to test several characters but also to gain both experience and money, which are very important resources for advancing his or her favorite character (s). 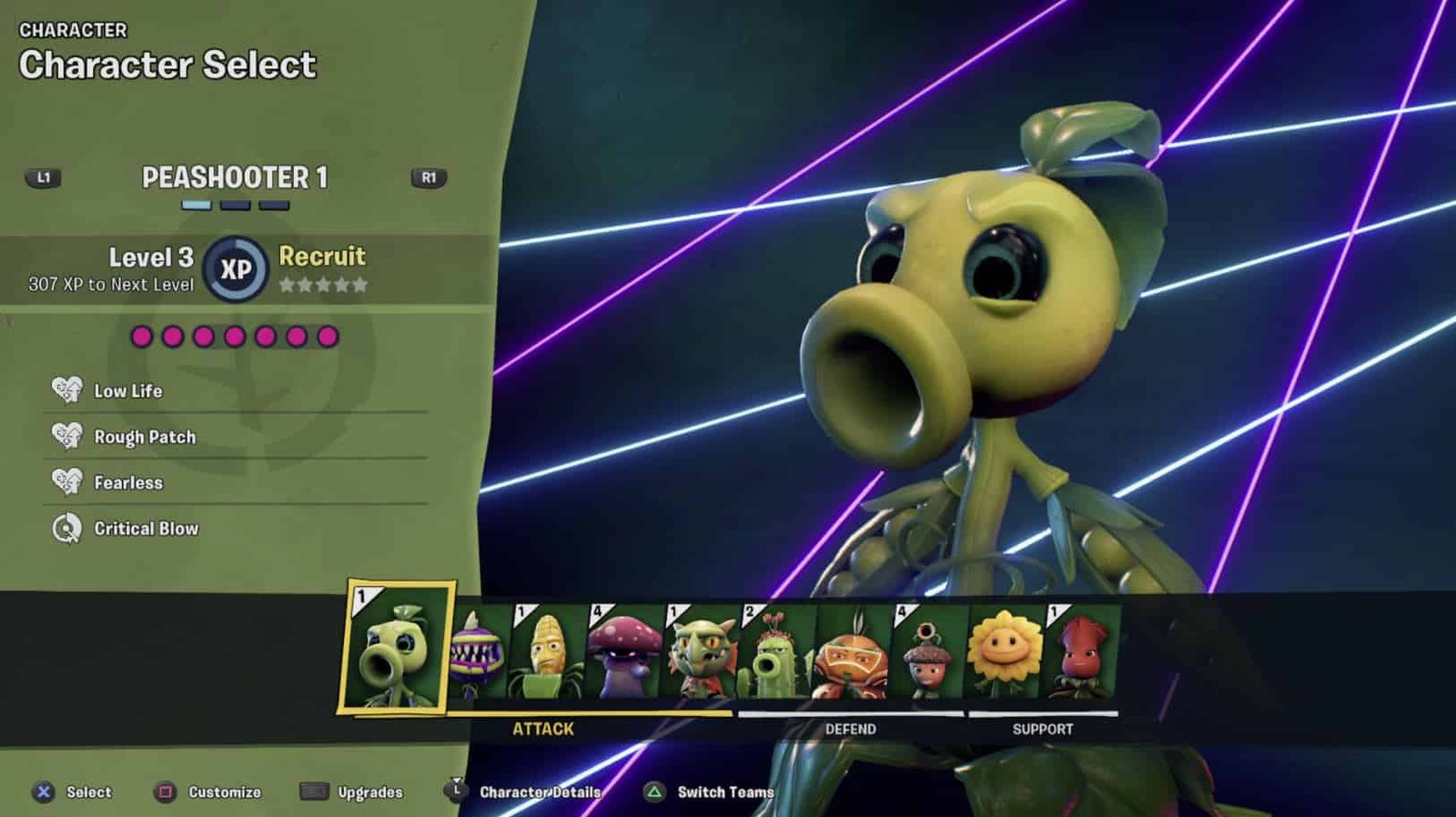 Indeed, each character you choose to play has its own level and rank . To upgrade a character to an additional rank, you will have to make him reach the maximum level of his current rank (ex: to move to second rank, you will have to reach level 10 in rank number one) , which will give you access to new capabilities. This mechanic is extremely important since you will not be able to equip all the abilities of a character at the same time: thus, 3 players who would play the same character could end up playing it with a very different approach., which multiplies the possibilities and allows to vary even more the pleasures. But what’s the point of carving out your own character if it’s only to face the AI ​​in a just nice PvE campaign? It’s time to talk about what really gives PvZ: Battle for Neighborville weight and flavor : its PvP mode.

Plant me in the back if there’s still room.

I just told you: the online multiplayer mode is very clearly what could make you spend the most time on the software . By taking up most of the game modes that have already made the biggest franchises in the “shooting games” category so successful (Call Of Duty and Overwatch to name a few) and also including the customization layer (skins ! skins everywhere!) that the majority of players love today, Plants vs Zombies has everything you need to win hearts. Whether you are an aficionado of team deathmatching, domination, or rather the wagon escort, you will get your money’s worth.The game offers ten maps, with more or less verticality, which offer quite different approaches and combat strategies . Of course, as in all games of the genre, it will always be preferable to play together to coordinate and take full advantage of the strategic dimension of the title. I’m not teaching you anything: by playing alone, you are not immune to falling with disreputable brothers in arms! This is the game my poor Lucette. Another factor that does not necessarily plead in favor of this type of game: balancing. You will quickly see it for yourself, but some characters still seem much more powerful than others, at least on a casual level . I am thinking in particular, on the plant side, of the “Nightcap” which can go invisible very regularly and do a lot of damage in a fairly short period of time. It remains to be seen whether the teams behind the game will be able to deal with these inherent imbalances and counterbalance all this intelligently over time!

On the grip side, I’m not going to tell you a story: for me, the controller has never been the ideal peripheral for a shooter. However, the key mapping seemed very natural to me, especially since you won’t have dozens of abilities to remember either: two special abilities and one ultimate ability per character. In terms of precision, rest assured: the gyroscopic sighting is beautiful and well available and should satisfy those who are used to it. Personally, I’ve always preferred aiming over joysticks, but all this is probably just a matter of habit and adaptability. But say so, we discuss, we discuss … But I did not speak to you about the visual and technical aspect of the game in all this? 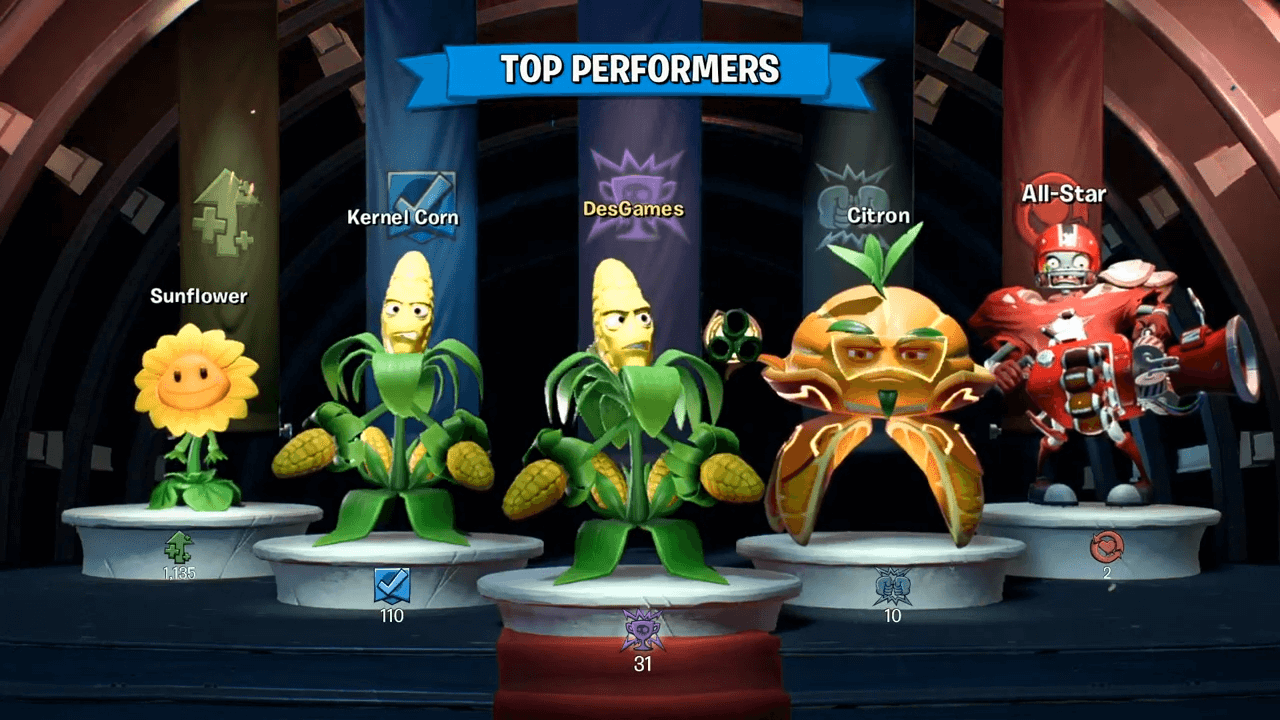 All this is really splendid!

Endowed with an artistic direction bursting with colors, characters as wacky as possible and a tone deliberately light – not to say “heavy” at times , the game is perfectly compatible with an audience of young children and teenagers. This does not mean that a more mature audience will not be able to navigate it, but some may be put off by this very childish aspect in its visual and editorial treatment. If you can put it all aside and are generally open-minded people, Plants vs Zombies: Battle for Neighborville is a visual success . Of course, this version does not equal its twin sisters on PCand home consoles, but the Nintendo Switch port is doing very well, with quite decent textures and a really impressive viewing distance for Nintendo’s pretty little nomadic machine . To go into a little more detail in the technique since I know that this information has more and more value for the general public, know that the game runs in 720p in portable mode and 900p in docked mode, with 30 FPS constant in the two cases, without any noticeable slowdown . That is the demand of the people ?

If the PvE mode would certainly deserve to be fleshed out to satisfy the players fond of “adventure” modes in the TPS, let’s not forget that the real value of this license lies in its multiplayer mode allowing everyone to prove their skills. superiority in the eyes of all. From this point of view, Plants vs Zombies: Battle for Neighborville achieves an almost flawless: ultra feel good in its purpose and artistic direction, rich both in playable characters and in game modes but also and above all technically flawless. , this title will offer very long hours of action and entertainment to fans of the genre. Be careful though: prefer to play with friends for maximum fun!