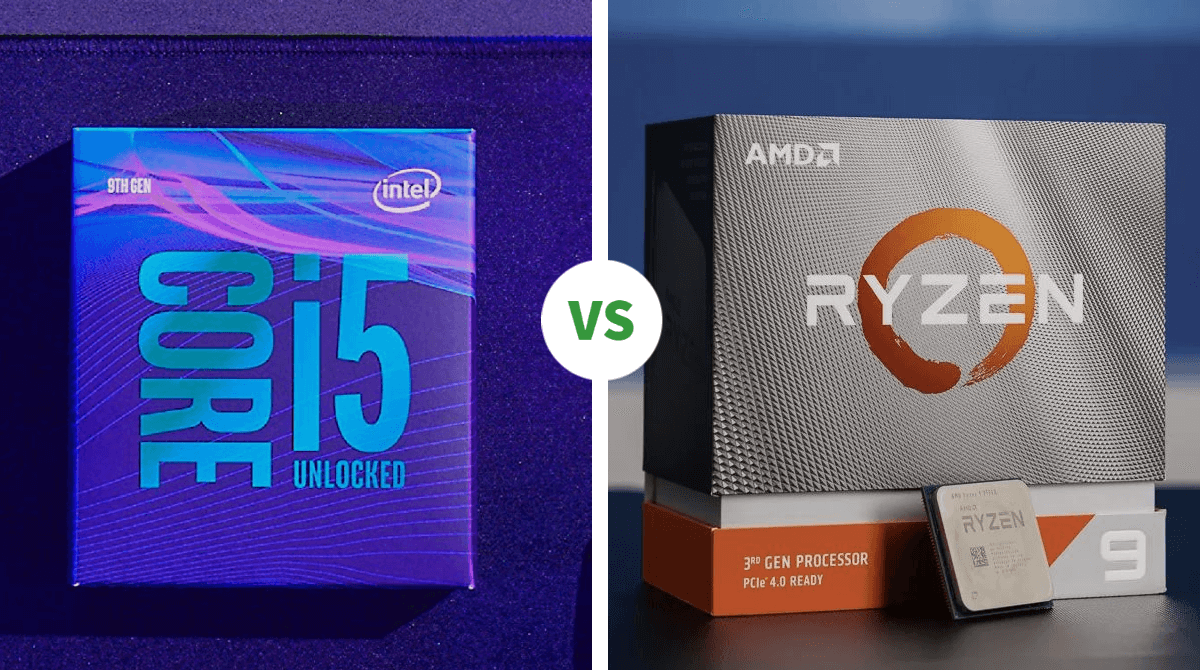 A mid-range chip will delight gamers, an area in which Intel’s Core i5-9600K is particularly comfortable. The comparison is often difficult given AMD’s offer in the application area, which is much faster this year.

With the Ryzen 9 3950X, AMD offers a much more comfortable 16-core processor than its predecessors in the Threadripper line. The switch to 7 nm allows it to maintain a high frequency, which, coupled with the Zen 2 architecture, increases performance. A formidable weapon in applications requiring high computing power or a high number of cores is also at home in video games – Intel keeps a short lead in the field. A rather contained power consumption crowns the whole compared to the achieved performances—an excellent processor.

The Core i5-9600K is the most affordable Intel desktop processor built on the Coffee Lake Refresh design. It has only six, not eight computing cores, but it is cheaper than the younger eight-core brother in the face of the Core i7-9700K – by 30% in terms of the official price or more than 40% in terms of the real price.

Even though there is a whole abyss between the Core i5-9600K and the Core i5-8600K in terms of the model number, these processors are quite similar in passport characteristics. Intel did not change any fundamental parameters when converting the Core i5 series to the Coffee Lake Refresh design. The Core i5-9600K, like the Core i5-8600K, remained a six-core without Hyper-Threading support, with L3 cache at the rate of 1.5 MB per core (9 MB in total).

At the same time, the CPU-Z diagnostic utility allows you to make sure that the Core i5-9600K is based on a different semiconductor crystal, a new P0 modification, and not U0, which was used in the previous generation Coffee Lake processors, in which the number of processing cores was no more than six. 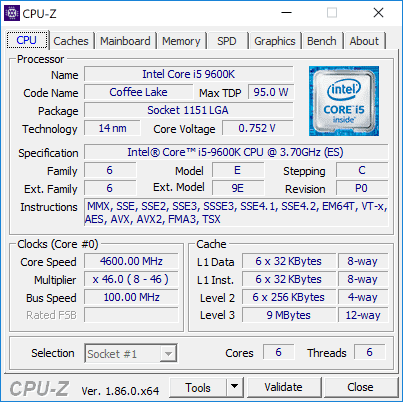 This means that internally, the Core i5-9600K is only a distant relative of the Core i5-8600K. The new six-core uses the same eight-core semiconductor crystal as the Core i9-9900K and Core i7-9700K processors, but with a couple of cores blocked during the production phase. And important conclusions follow from this. First, it means that the Core i5-9600K has the first hardware patch against the Meltdown and L1TF (Foreshadow) vulnerabilities. Secondly, the memory controller of this processor is certified to support 128GB DDR4 SDRAM, which will be significant after the upcoming 32GB modules are available on the market.

The new 16-core Ryzen 9 3950X is very similar to the Ryzen 9 3900X. Before us is the second mainstream AMD processor, which is based not on two but on three semiconductor crystals at once, called chiplets in modern terminology. One of these crystals is a universal 12nm IOD chipset, responsible for I / O functions and contains a memory controller, a PCI Express controller, and SoC elements. The other two are 7nm CCD chiplets, which contain eight computational cores. All of this is connected into a single whole through the Infinity Fabric bus, which links each CCD chiplets to the cIOD die.

At the same time, CCDs have no mutual connection, but this does not entail any negative consequences since all the Infinity Fabric logic is located in the I / O chipset, which makes all cores equal in rights. In other words, Ryzen 9 3950X, as opposed to multi-core processorsThreadripper of the last generation, does not have any NUMA nodes and has an absolutely monolithic design from a logical point of view, in which the latencies when working with memory. During mutual data, the exchange is the same for all cores.

In our Ryzen 9 3950X instance, the consumption of the second chipset was not much lower than that of the first. However, the general principle is still clear: the first CCD chipset in the processor is high-frequency, and the second is slower but with reduced energy appetites.

We will not dwell on a detailed analysis of the remaining characteristics of the Ryzen 9 3950X: they are the same as those of the Ryzen 9 3900X. So, the processor has a 64 MB L3 cache, which consists of four 16 MB parts, distributed over four CCX (Core Complex), and also offers 24 PCI Express 4.0 lanes, 16 of which are usually allocated for a video card, 4 for NVMe -store and 4 more – for connection with a set of system logic. All this can be seen in more detail in the CPU-Z screenshot. 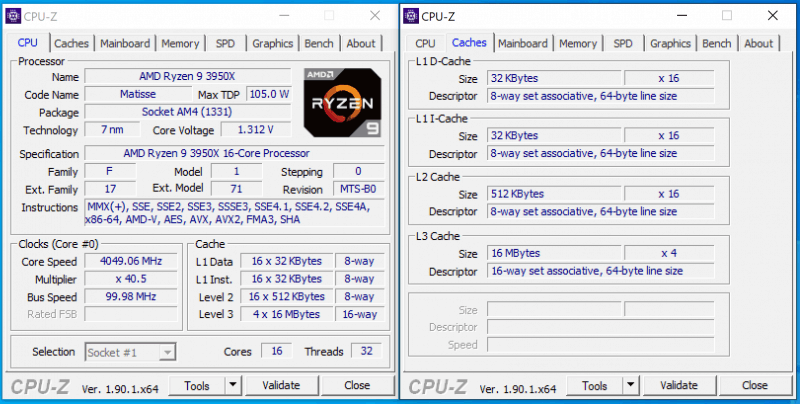 Against the Core i9-9900K and Core i7-9700K background, the new six-core Core i5-9600K seems somehow completely ordinary and not worthy of close attention. Indeed, it does not offer any changes in the basic characteristics compared to the Core i5-8600K: it is the same processor with six cores without Hyper-Threading support, equipped with a third-level cache memory of 9 MB an unlocked multiplier.

However, the first impression is deceiving. Although the Core i5-9600K cannot please the owners with an increased number of cores in the “up to $ 300” price segment, it surpasses the Core i5-8600K in most parameters. First of all, the six-core novelty of the Coffee Lake Refresh generation has increased clock frequencies, thanks to which, when operating in nominal mode, it can offer a performance advantage of 3-5% in applications and games. Secondly, the Core i5-9600K has a better overclocking potential available out of the box. When using a good cooler, reaching a frequency of about 5 GHz for such a processor does not pose any problem, which cannot say about the Core i5-8600K. And thirdly, in the Core i5-9600K, as in any other representative of the Coffee Lake Refresh family,

Of course, all this is unlikely to induce someone to switch from a Core i5-8600K to a Core i5-9600K; however, when assembling a new system and looking for a suitable Intel processor for it in the range from $ 250 to $ 300, it is logical to focus on the new six-core, and not on his predecessor. Moreover, the overpayment for the Core i5-9600K is only a few dollars if you focus on the official price. By the way, it is fortunate that the Core i5-9600K suffers from undersupply less than other Intel processors. Although it is difficult to believe in it, in the global market, in some places, it is sold even cheaper than the recommended price. In Russia, they offer to pay 1,000 rubles more for the Core i5-9600K than for the Core i5-8600K, but even this can hardly be considered some fundamental overpayment.

Really serious rivals for the Core i5-9600K can become not Intel’s processors of previous generations, but the proposals of AMD. Of course, the Core i5-9600K provides excellent gaming performance, and in this regard, Ryzen 7 and even more so Ryzen 5 as competitors to the six-core Coffee Lake Refresh are untenable. But in demanding computing and creative applications, one can question the superiority of the Core i5-9600K. For workloads, AMD processors at the same price point almost always look more interesting, as they can offer more ramified multithreading in the case of Ryzen 5 or more cores in the case of Ryzen 7.

The new Ryzen 9 3950X has even more challenging rivals. In fact, this is the only product of its kind that balances between desktops and workstations but doesn’t really fall into either category. Sixteen cores for a mass desktop are too much. The Ryzen 9 3950X cannot become a full-fledged HEDT product due to dual-channel memory and an insufficient number of PCI Express lanes, limiting the possibilities of equipping platforms based on it.

Therefore, it is most correct to consider the Ryzen 9 3950X as an experiment and a kind of demonstration of capabilities, in which AMD clearly and convincingly demonstrates all the advantages of its chipset approach. The building blocks of Zen 2 are eight-core 7-nm crystals, and if a couple of them fit inside the Socket AM4 package, then why not take advantage of this – that’s what AMD thought. And then everything turned out by itself: both the 12-core Ryzen 9 3900X and the 16-core Ryzen 9 3950X. Of course, in order to make a fully functional three-chip processor that would fit within the 105-watt thermal package, AMD had to work hard and figure out how to organize the selection of suitable crystals. But in the end, a very inventive solution was found for this problem, and now we have to get used to the new reality,

AMD’s skyrocketing increase in desktop processor power is likely to make the Ryzen 9 3950X a bit of a loaf of the trolley in the mainstream. Indeed, it is difficult to imagine that an average user today would be able to appreciate the opportunity to equip a conventional Socket AM4 system with a 16-core CPU, especially considering the complete uselessness of such several cores for gaming applications. But that doesn’t mean the Ryzen 9 3950X has no market prospects. On the contrary, such a price has been chosen for this processor that there will certainly be those among enthusiasts who will be guided by the logic “why not” or even “there aren’t too many cores.” In the end, AMD offers to get twice the number of productive computing cores compared to the Core i9-9900K, overpaying only one and a half times.

In addition, it cannot deny that the Ryzen 9 3950X is really good at handling content that requires serious CPU resources and very good at rendering. In terms of speed in such applications, it can be safely compared with the twice more expensive Core i9-9960X, which until recently was among the flagship processors of the HEDT segment. Now, the Ryzen 9 3950X allows you to get the same on a regular desktop.

Honestly, the Ryzen 9 3950X could have become a much more popular solution if AMD had not promised to introduce the third-generation Ryzen Threadripper in a week. Now, those who really need high-performance and uncompromising multithreading will be targeting the new Socket sTRX4 platform, which, judging by the available data, will set new standards for HEDT systems. All of this further complicates the formulation of specific recommendations for the Ryzen 9 3950X. But if you feel that 8 or 12 cores are too little for you, and 24 and 32 are expensive and generally redundant, then take a closer look at the Ryzen 9 3950X. This processor is clearly worth the money and will certainly not disappoint with its performance. 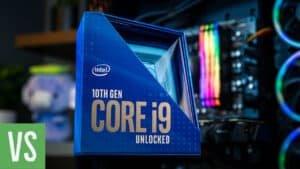 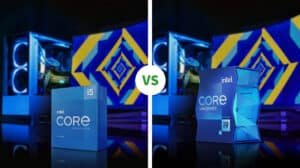 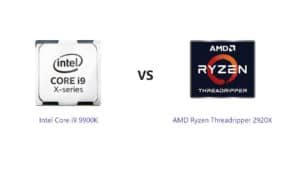 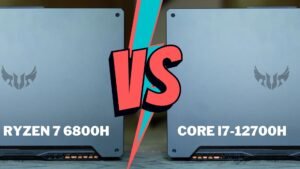 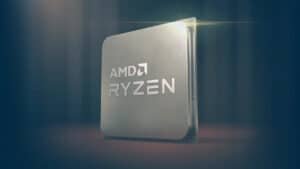