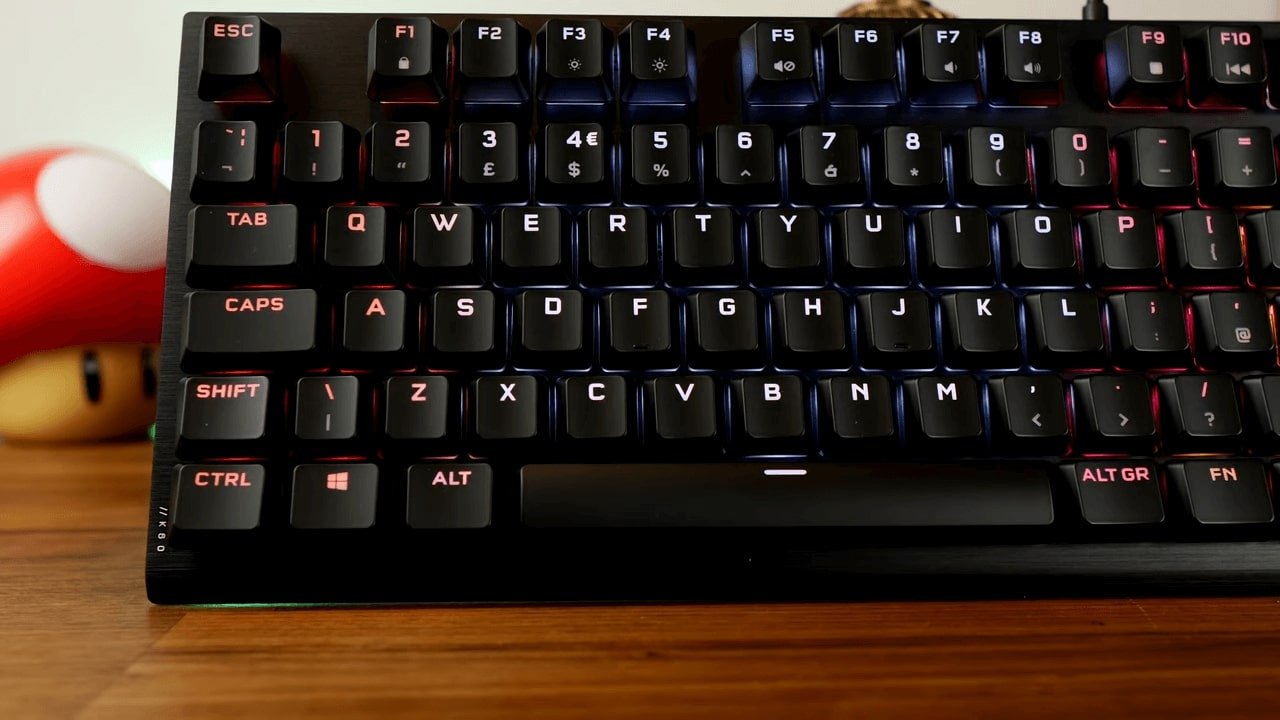 The renowned gaming peripherals and components manufacturer, Corsair has released a mechanical keyboard called the K60 RGB Pro, the first device with Cherry Viola switches. These are line switches designed and made in Germany, with smooth running, high precision and reliability. Plus, the keyboard has a solid aluminium frame, dynamic RGB lighting and a stylish design so it can handle heavy loads every day, plus complements a gaming setup well. 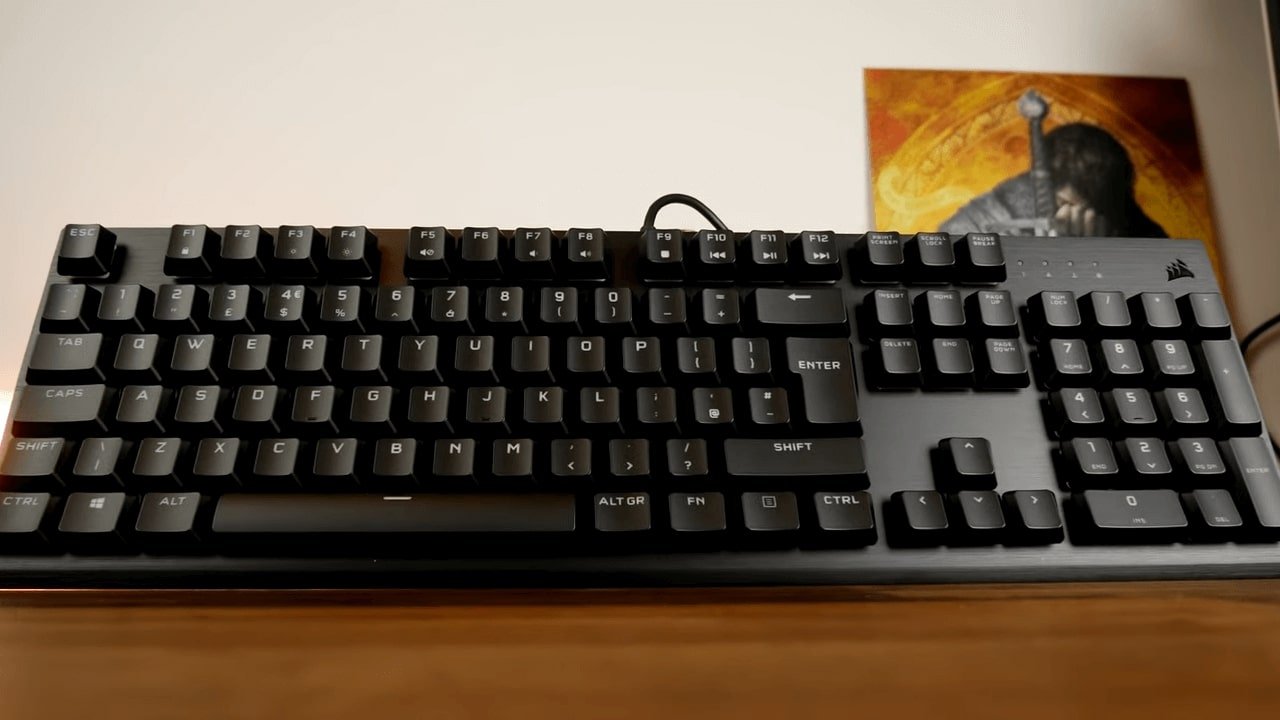 Cherry’s response to the cheap MX clones from China will lower the price tag on gaming keyboards for reputable manufacturers.

We first came across Cherry Viola when we covered CES in Las Vegas a little over a year ago. Today we not only get to feel one of Corsair’s slightly newer keyboards, the K60 RGB Pro, we also get Viola a little closer.

The K60 RGB Pro has a stylish design and good structural integrity. The manufacturer has scaled back all the fluff in the K60 RGB Pro and has instead focused on performance. Cherry’s new Viola switch, which was the main focus in today’s test, is fresh from the moulds, smooth, albeit slightly heavy for our taste.

The Corsair K60 RGB Pro is better than previous Corsair keyboards that we tested for up to a triple price tag. The manufacturer has not forgotten small but essential details, such as lubricating stabilizers and minimizing the deep space. The K60 RGB Pro is a good keyboard but is not enough to reach the top of the keyboards within the same price range.

The Corsair K60 RGB Pro is constructed from durable brushed aluminium as the core of its construction. Plus, the keyboard features colourful RGB lighting and custom keycaps that capture the glow very well. By the way, the lighting also has lighting effects – they are configured in the Corsair iCUE app along with other features. It’s about programming buttons, recording macros, syncing the backlight to other iCUE compatible devices, but there’s more. With the help of this software, you can use the integration of lighting with games so that RGB lighting on devices that support Corsair iCUE can respond with a glow to various actions and in-game events. 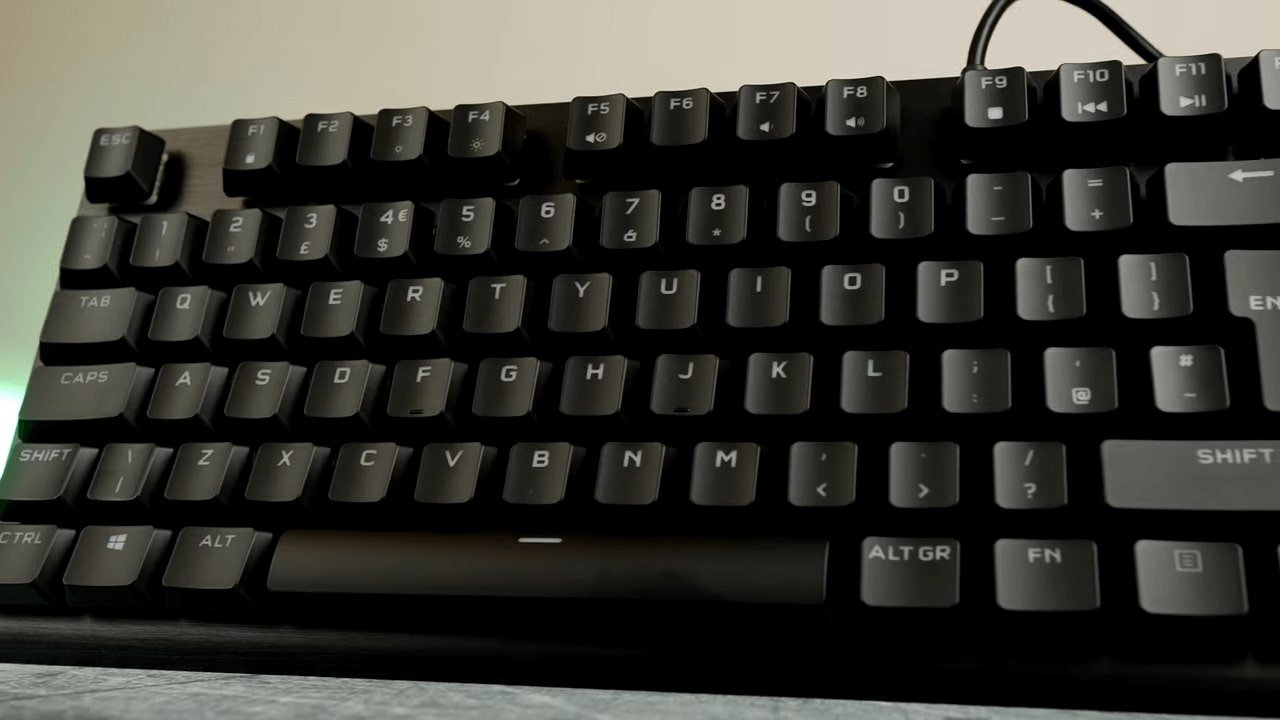 The keys on the new keyboard not only respond quickly and accurately – they have other features as well. For example, the Anti-ghosting effect, which allows you to press all buttons at the same time. And the device also uses a game mode, with which you can block the Windows button during the game and save yourself from unpleasant incidents associated with it. Plus, the keyboard also provides multimedia keys for adjusting the volume and starting and stopping playback right during the game. They also allow you to switch between lighting effects with just one click so as not to be distracted from what is happening on the monitor screen.

Corsair continues to break its standards by providing the K60 RGB Pro with a standard bottom line. This makes it much easier to find suitable aftermarket keycaps for the keyboard to upgrade the user experience. Corsair has long insisted on having a bottom line that no one to our knowledge uses, which has probably been frustrating for Corsair users. They have now started to provide their keyboards with a standard bottom row, but there are still several keyboards in the range with the previous one.

Despite the ting sound, the K60 RGB Pro feels good in the hands, and when we knock on the chassis, we do not hear anything that indicates a sizeable resonant box inside. The keyboard is stiff in construction and does not crack when we try to twist and turn it. This is impressive as it is typical for this type of construction to crack in the plastic. This indicates good structural integrity.

The keyboard has a flat angle, but there are two fold-out levers for users who want the keyboard steeper. The levers have a rubber alloy in line with the rubber pads along the edges of the back. We have nothing to complain cushions. The keyboard is stable on our desk and does not slide around during use.

The K60 RGB Pro has a built-in cable that juts out along the back of the keyboard. It is a thick rubber alloy cable that is rigid. We like to see manufacturers switch to detachable cables or offer cable channels along the bottom of the keyboard to make them more excellent and less cumbersome.

The keycap is, as expected, of the thinner version in a smooth ABS plastic without texture. The surface is something of a grease magnet. Similar to Corsair left gaming aesthetics behind in the design of the chassis, they have done the same with the inscription on the keycaps. The caps measure about one millimetre in thickness, corresponding to about two-thirds of what we consider a suitable and qualitative thickness. However, we did not excellently expect anything, given the keyboard’s price tag. 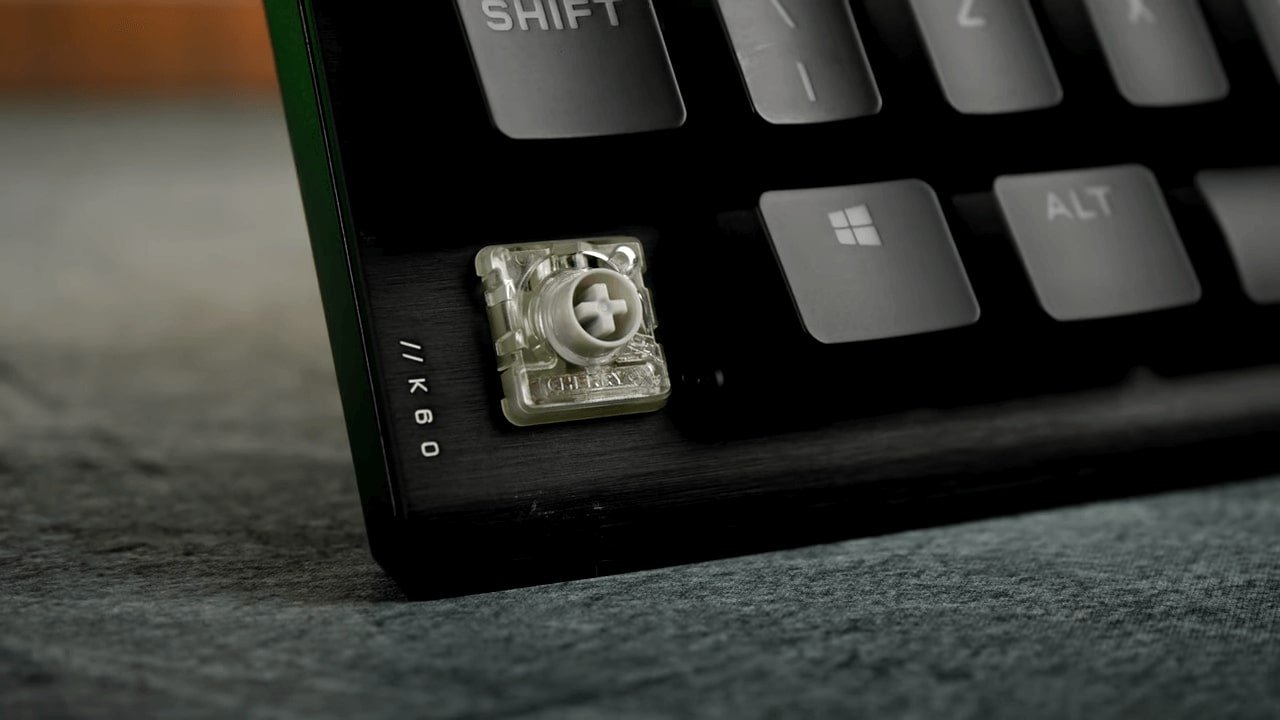 The inscription does not appear to be adapted for the K60 RGB Pro with Viola as the keycaps do not use Viola’s LED sources in a good way. The inscriptions appear to be adapted for Cherry MX switches, which have an LED in the upper part of the switch. The inscription is adjusted in line with these. Viola lets light through the trunk in the middle of the switch, which results in uneven lighting. Like some Cherry MX sets, the LED is aligned along the top of the Viola switch, but most of the light comes from the switch stem. The switch housing in POM plastic does not let in much light but instead acts to scatter the light, while the part in PC plastic allows the LED light to shine straight through. 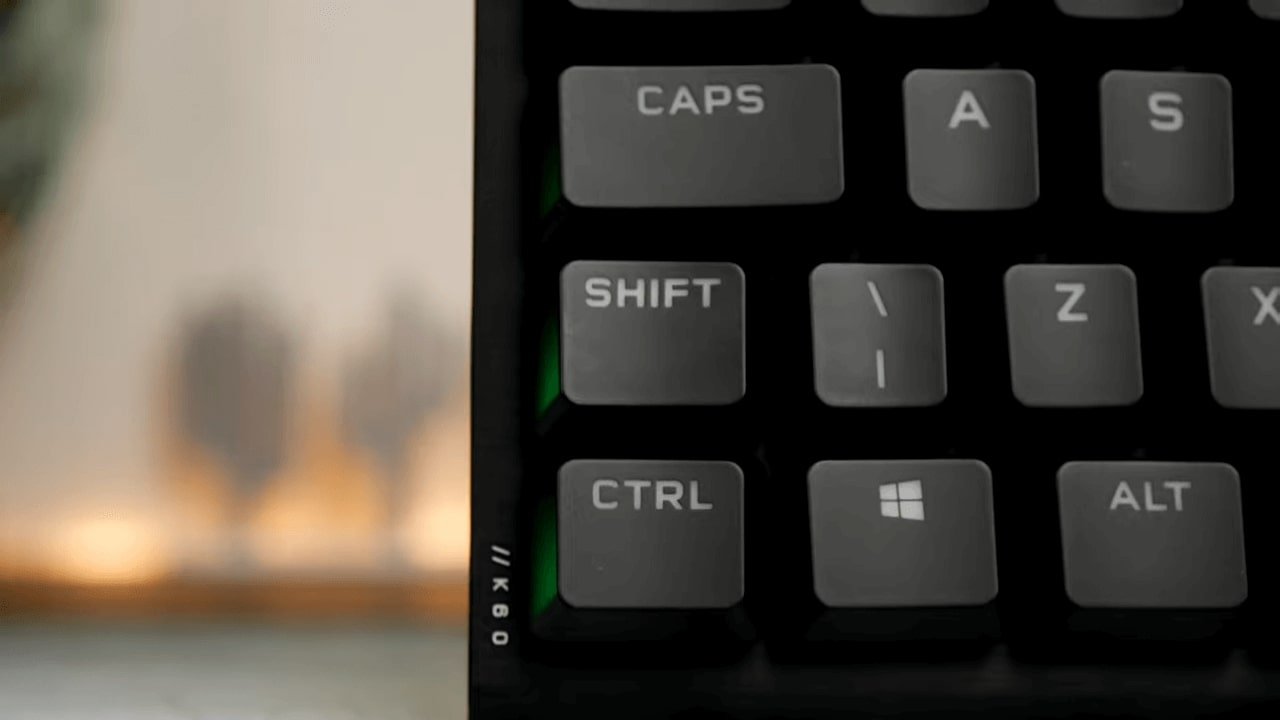 The keycaps are cupped in the more aggressive direction, and the homing keys, F and J, use a boom instead of deeper cupping. The keycaps are relatively low, exposing the switches considerably and following their own profile that we have not encountered before. They are so low that the trunk of the keycaps extends further down than the walls. The shape is not very aggressive and is reminiscent of the Cherry profile, apart from the F and number line.

Since Cherry presented the Cherry Viola at CES 2020, we have been looking forward to running the switch on our test bench. On-site in Cherry’s booth, we did not have time to build an idea of ​​the switch in its entirety, but we still brought with us some things that would be key points for Viola.

With their design, Viola switches are entirely out of the question for enthusiasts, as they are not compatible with a standard MX-compatible PCB and are difficult to modulate. An interesting detail is that the switches can be hot-swapped, but today there are no alternatives to replace them with. Cherry mentioned that they have several variants of Viola that they plan to roll out, something we have not seen in just over a year since we heard about it at CES 2020. A positive aspect of the Viola switch in the hot-swap context is that no contact legs must be threaded through contact holes. The switch shuts off power via a pad on the circuit board, and Viola is mounted only with a thick plastic stem, directly on the circuit board. This makes the hot-swap function relatively safe from handling errors, while the MX hot-swap is easily damaged.

Viola’s most significant selling point is that manufacturers can now finally have high-quality switches without cost compromises. Cherry told us that keyboards can now cost well under $ 100 and still have Cherry switches, which should be more attractive than China alternatives. This is achieved by having two fewer parts that make up the switch. The contact leaf consists of only one factor in Viola, while MX uses two separate parts for the same function. The switch housing is also only a part, while the MX switch has a top and a bottom portion that make up the housing.

How does Viola feel? It is always difficult to judge a switch that comes fresh from the moulds. Cherry MX is a switch series that we generally consider scratchy in impact, but it is not the switch’s fault. Cherry MX has been manufactured on such a large scale that the moulds wear out quickly. When Cherry refreshes the moulds, enthusiasts quickly buy switches, as they are always the smoothest at that stage. It is a stage in a production that the end consumer rarely gets to experience in gaming keyboards. How do Chinese manufacturers solve this? Gateron, for example, has sold smooth breakers year after year.

The K60 RGB Pro uses the iCUE software, which resources heavy. The software draws about 400 MB of RAM in the background and changes the essentials we expect from the software. We can set various keys and macros, lighting and deactivate certain key combinations, such as Alt + Tab, and look for firmware updates. 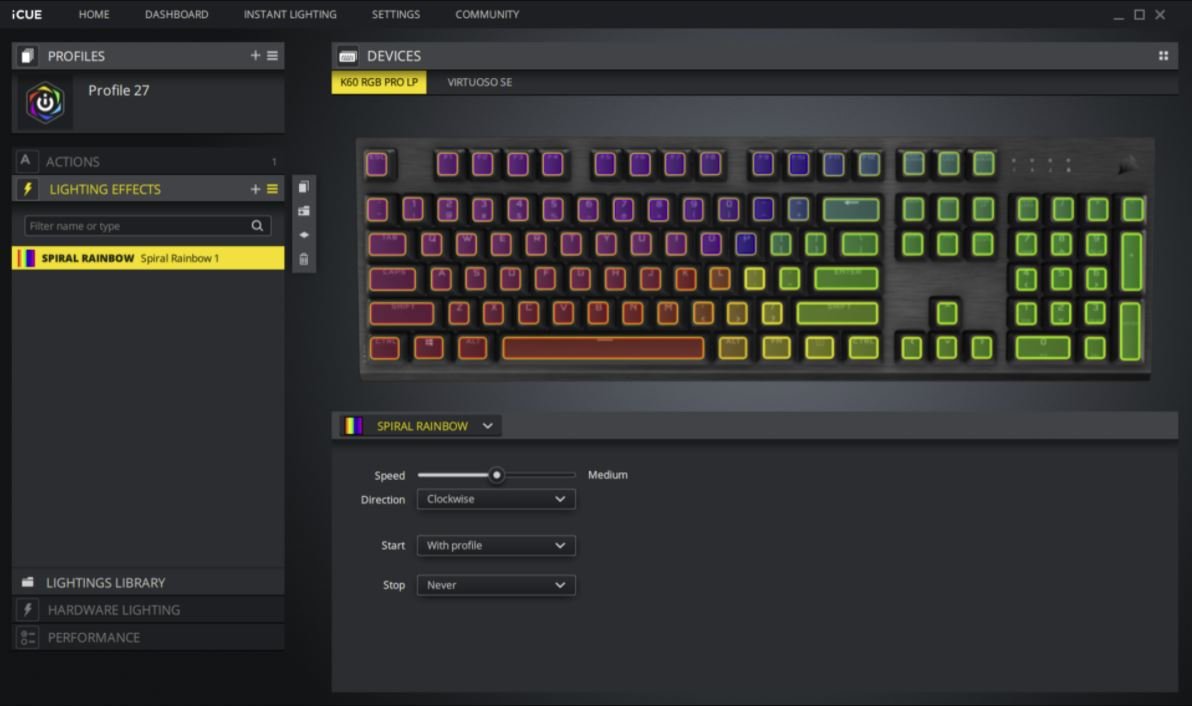 Fortunately, a lot can be set directly on the keyboard so that we do not have to have iCUE installed. There is support for media buttons, lighting and key locks.

SteelSeries Apex 3 TKL vs Steelseries Apex 3: Which is Better Keyboard