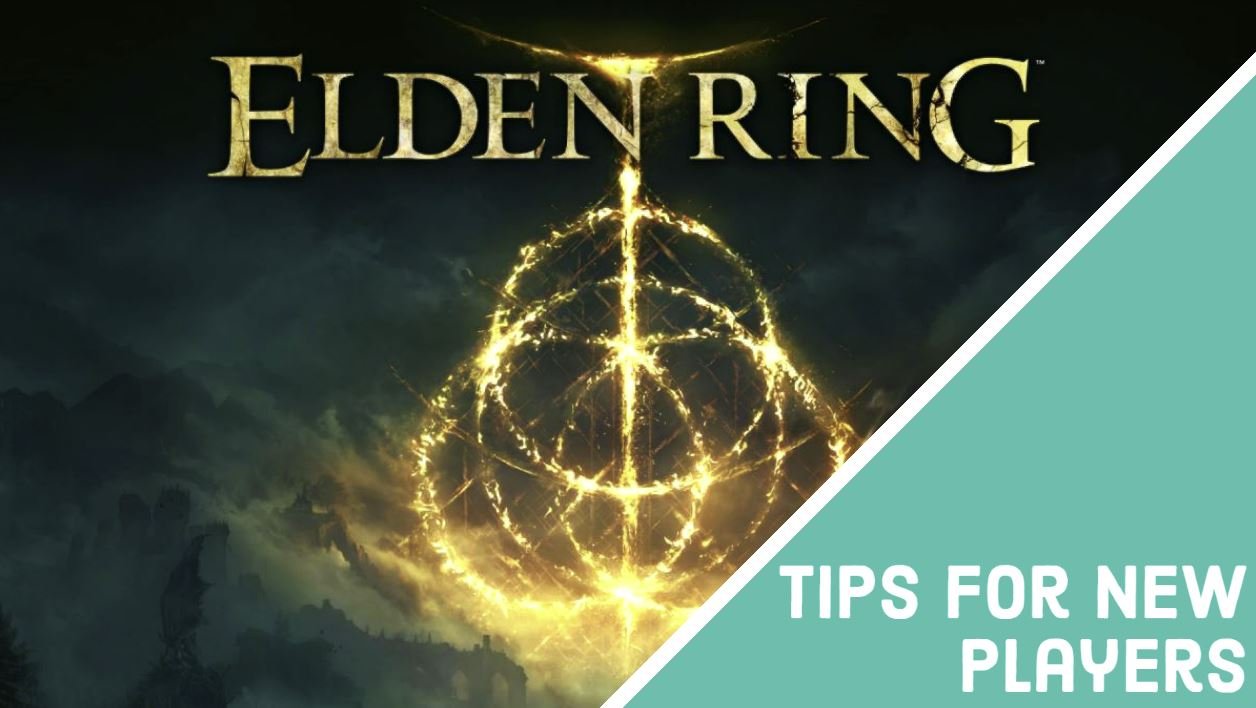 Exploring the vast world of Elden Ring can be tricky, especially for those new to the souls-like genre. FromSoftware developers have added many unique features, so it’s not always possible to understand them right away. In this beginner’s guide, we will cover all the nuances of Elden Ring, familiarity with which will significantly simplify the exploration of the world and the fight against enemies.

What is Elden Ring?

ELDEN RING is a third-person action role-playing game set in a dark fantasy setting where power throughout the Inter earth rests on an ancient totem ring. In pursuit of the relic attribute of power, a brave hero on horseback is launched, which players can create with their own hands, choosing his appearance and dressing him in beautiful armor. But hurry, the ring is hunted by the most selective monsters and their huge leaders. The role-playing gameplay is quite hardcore and offers players the choice to pump muscles and get into a fight, or act quietly and learn magic along the way. Both approaches can be combined with a variety of weapons and equipment, which is especially true in battles with various monsters (living on the surface or in dungeons).

You can invite the ghosts of friends to your world and partially go through the story campaign with them in co-op, or participate in PvP mode, invading other people’s games.

ELDEN RING is praised for its gameplay and general for poor optimization.

How to create a character and what class to choose 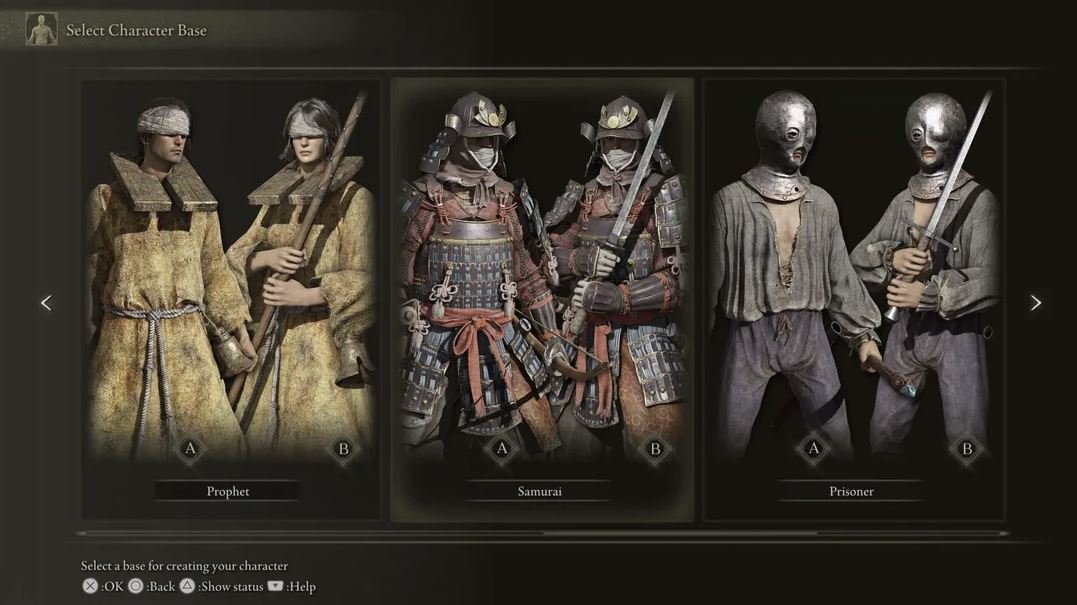 Dive into the world of Elden Ring will have to start with character creation. It will be quite difficult for a beginner of the genre to do this. We recommend taking a closer look at the classes:

Some bosses are much easier to kill from a distance, so newcomers to the genre are advised to consider heroes with ranged weapons and magic. In our playthrough, we used the Samurai, however the Astrologer would be the best starting class.

What starting item to choose 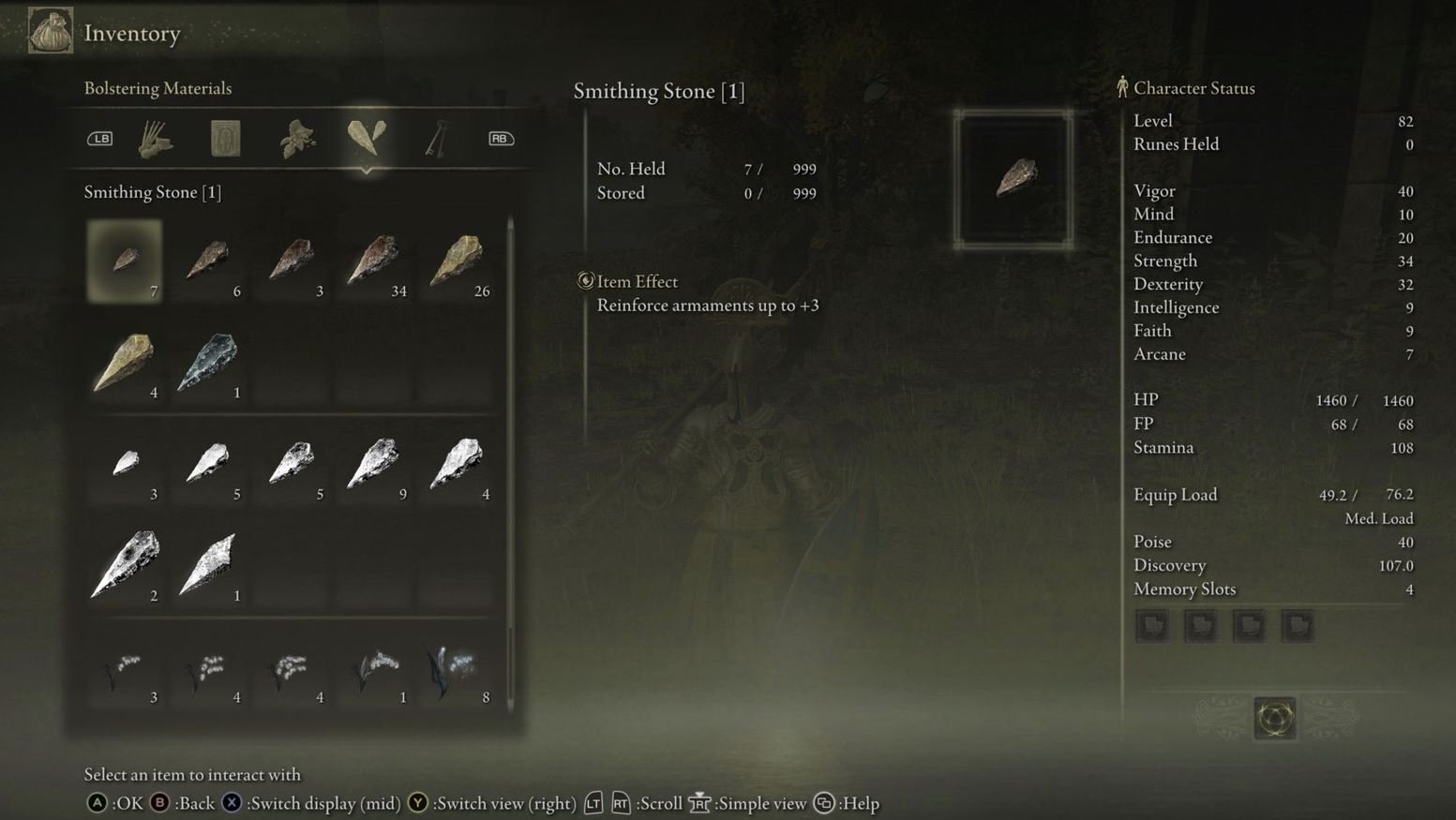 After creating a character, the player is given a choice of several items, one of which can be taken with him. Among all the available artifacts, it is best to give preference to the golden seed. With it, the hero at the very beginning of the game, will be able to increase the number of healing potions and mana in places of grace.

We also recommend taking a closer look at the medallion with crimson amber, which increases health value. This item will be useful at the start, but later it can be purchased from a merchant for 1500 runes. Some players will need other starting items, but almost all will find a more useful replacement.

How to quickly upgrade a hero in Elden Ring

After accumulating runes in battles, the player needs to spend them correctly. First of all, you need to pay attention to the key characteristics of the class. An Prophet needs to improve intelligence to increase mana and Samurai dexterity to increase attack power. Universal indicators are “Vitality” and “Resilience“. The first increases the character’s health, and the second – increases stamina and resistance to damage.

Please note that when key parameters are increased, defense against all types of attacks also improves for some heroes. For example, a samurai don’t need to increase stamina, since due to dexterity and vitality, he also has a resistance to damage.

Various sets of armor and weapons require an appropriate level of characteristics. If it is too low, the corresponding parameter will be displayed in red in the inventory. In this case, in order to effectively use the item, it is necessary to improve the specified characteristics.

In any case, during the first playthrough, the player will have to improvise. When levelling the Samurai, we spent all the points on dexterity and vitality since in battle, we most often used evasions, katana and a bow.

How to upgrade weapons in Elden Ring 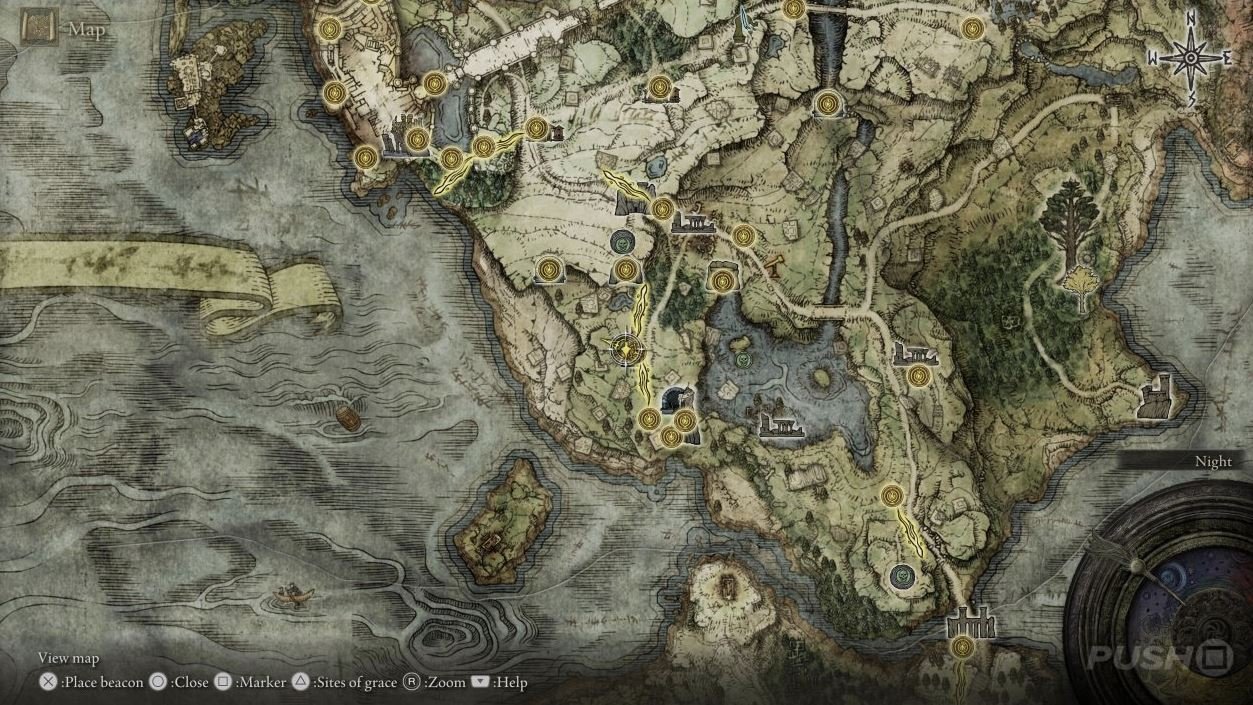 On the first visit to the temple of Elle in the starting location, the hero will meet with a  Merchant Kalé. To the left of it is an anvil, with which the player can upgrade weapons at the initial stage. This will require blacksmithing stones. They come in several levels, so these items of different rarity will come in handy at each stage. 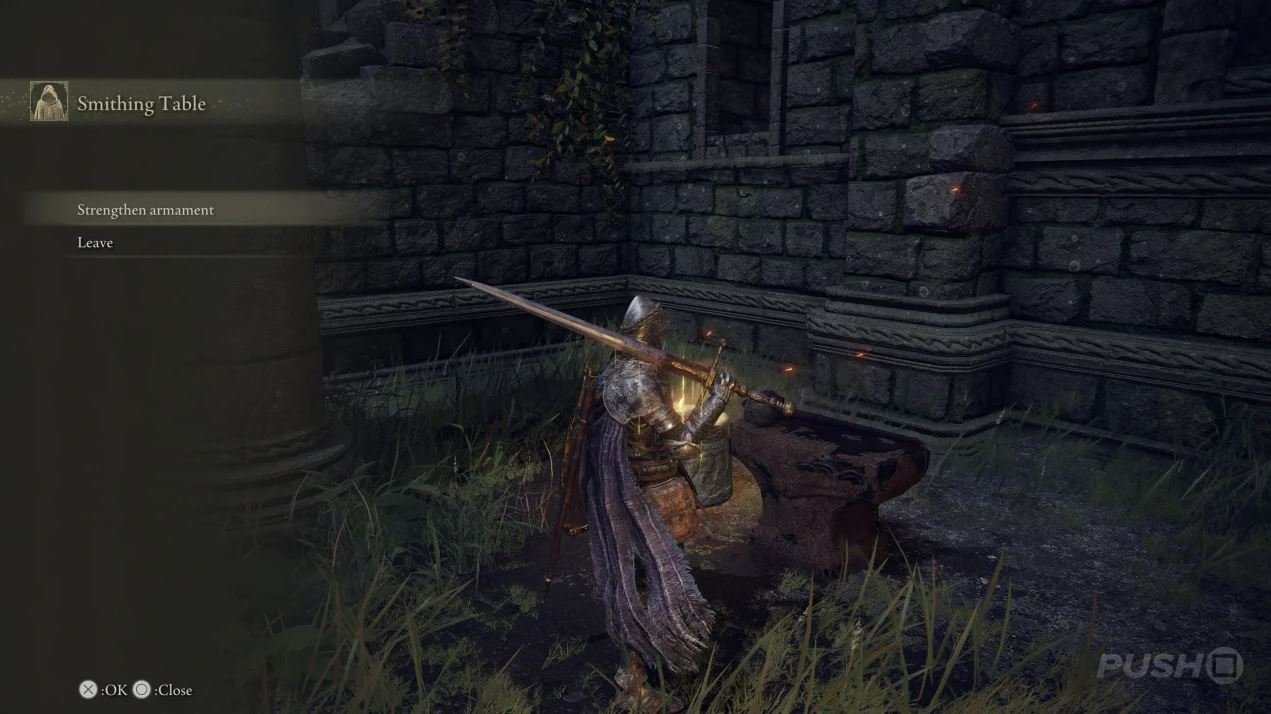 It is undesirable to leave pumping for a later time. As soon as the player collects the required number of stones, he must immediately return to the temple and improve the main weapon. This will greatly simplify any battles with opponents.

How to invite a friend to your game?

How to connect with a friend?

How to invade a foreign world or fight a friend 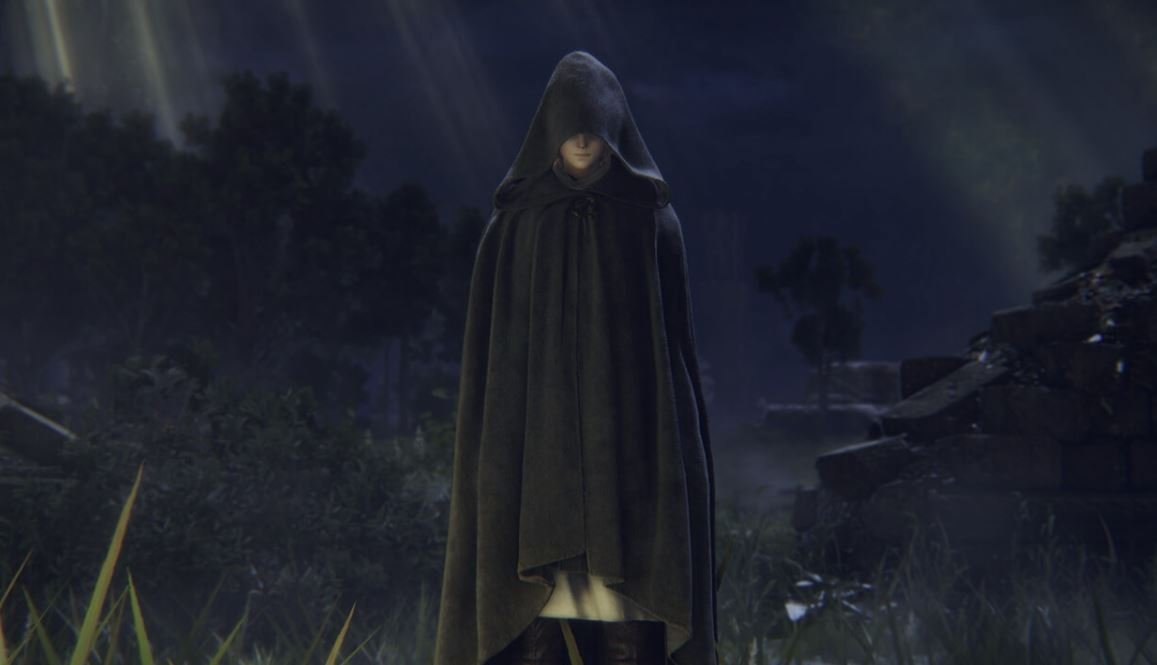 Like other Souls-like games, Elden Ring has special restrictions for online play. Their task is to balance the gameplay.

This is how you can briefly describe the cooperative and competitive part of Elden Ring. While it’s likely that only a few players will decide to dive into PvP, the co-op mode will undoubtedly be an essential part of the adventure experience for many players.