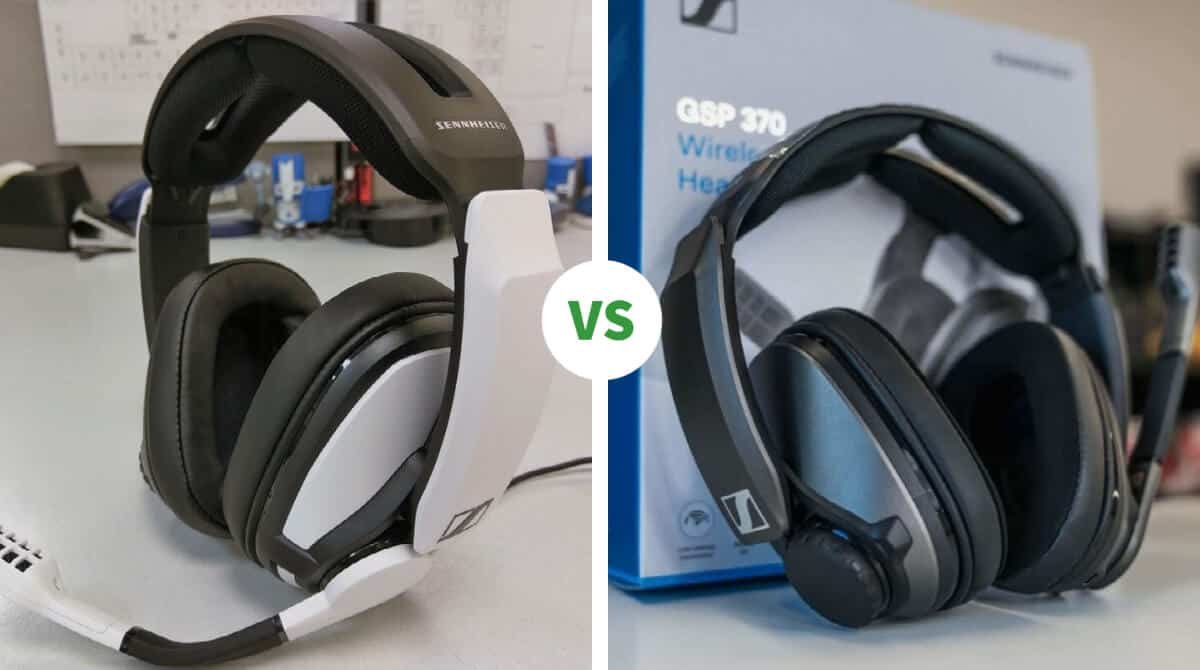 Anyone who has been compassionate to the quality of Sennheiser so far and is planning to expand and develop its gamer fleet should take a look at two EPOS products. We get almost the same quality, but are we better off with or without a cable?

The most important difference between the two headphones is the way the data or signal is transmitted. The GSP 301 works with a cable, a traditional analog audio signal, while the GSP 370 handles data traffic in digital form without a cable via a fairly large USB transceiver. This in itself can resolve the issue, as the latter is only compatible with PS4 / PS5 consoles in addition to PC / Mac, so as an Xbox gamer, we can turn to the GSP 301, which also works flawlessly with Microsoft products.

If you are looking for a computer or Playstation console, you need more information and experience before purchasing or deciding. The price of the two products is the next significant difference, which can decide where to go next, as cable currently costs half as much as cable-free.

If money is not an obstacle, it is time to examine the candidates closely. Anyone with a small head and not flexible earlobes know well how much ergonomics are a primary consideration in a headphone. It can take years for a person to find the right one, which does not cause numbness, pain, or discomfort during prolonged use. It’s rarely talked about, but on a completely bald head with no fluffy hair pillow, even the most innocent-looking ears can leave a deep imprint, which can sometimes result in fun streaming moments. Still, it’s also definitely an undesirable phenomenon. Probably many have never seen headphones break at the strap at all because they have never had to use it in such a stretched position.

We are pleased to report that these headphones are suitable for even the pickiest heads and ears, and the shape, thickness, and material of the cushions around the ear and on the headband are impeccable. It is effortless to forget about the GSP 370 for up to several hours (due to the lack of a cable), and this in itself tells us all about the comfort parameters of the product (s). 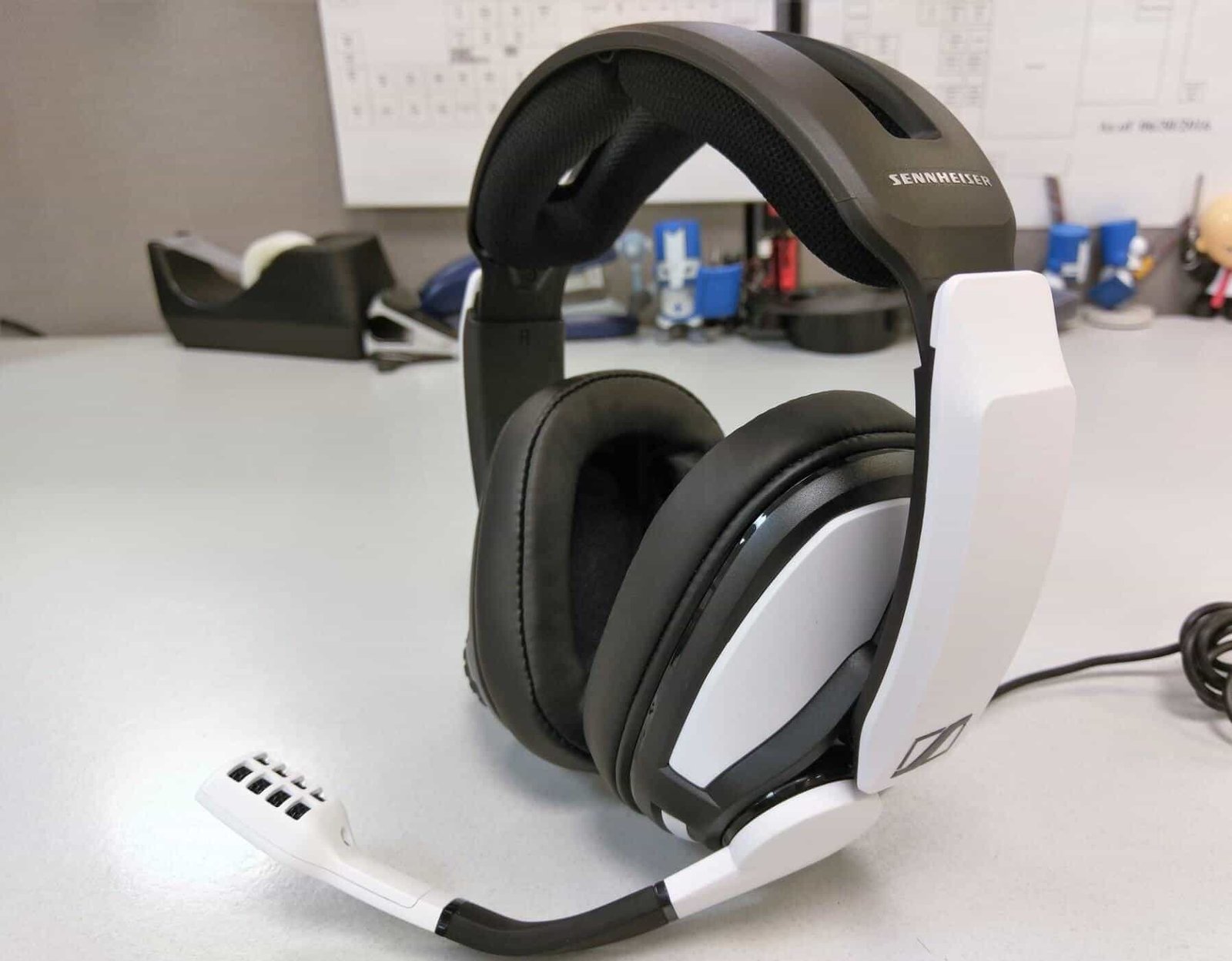 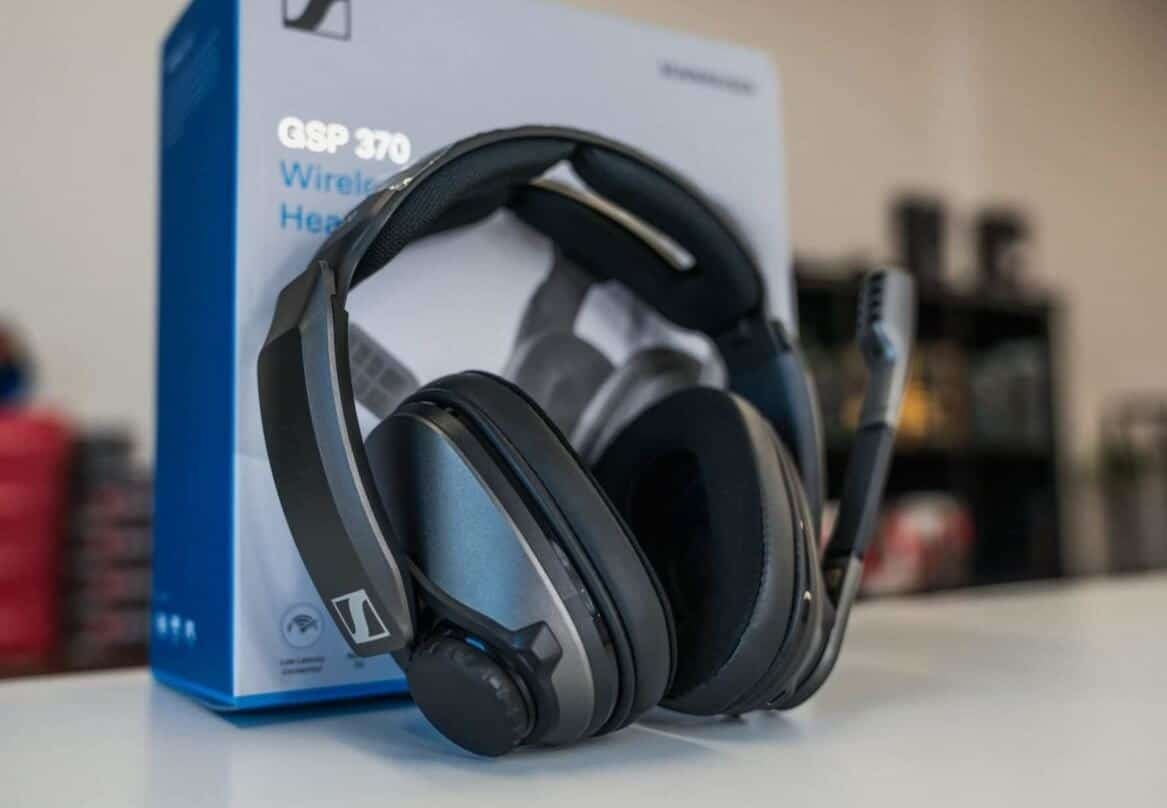 The headband cushion is the same on both models, but the ear cushions are covered differently. The GSP 370 provides a soft suede for a premium feel, while the GSP 301 encloses the tab with a similarly soft, faux leather-like finish. Feeling basic makes no difference, but we suspect that in sweaty situations, it doesn’t matter whether you wipe more often or complete disassembly and cleaning a little less often. On the right side of the earbuds, there is a volume control dial, which in the analog (301) model can be rotated infinitely between two endpoints, in the digital (370), and in the latter case, directly controls the computer/console (software) output volume parameter.

On the left side, there is a cable on the left, a power button on the other, a USB charging socket and a status LED, as well as a fold-up (and thus mutable) microphone. The button is uncomfortably small and gives a sense of instant annihilation with every move (if you manage to scan it at all). The USB is micro and not “C,” although according to the calendar, we’re already writing 2021. The manufacturer promises up to 100 hours of operation (for the 370), which is difficult to verify, but it is not excluded that it is real data. After the first and single upload, we used it for weeks without any problems.

The last difference that is worth mentioning is the appearance of the two products. The black-and-white design of the GSP 301 is perhaps a little more photogenic than the restrained gray-and-black surfaces of the GSP 370; at least it fits better into today’s trendy streamer visual world, but of course, it’s a very subjective area. 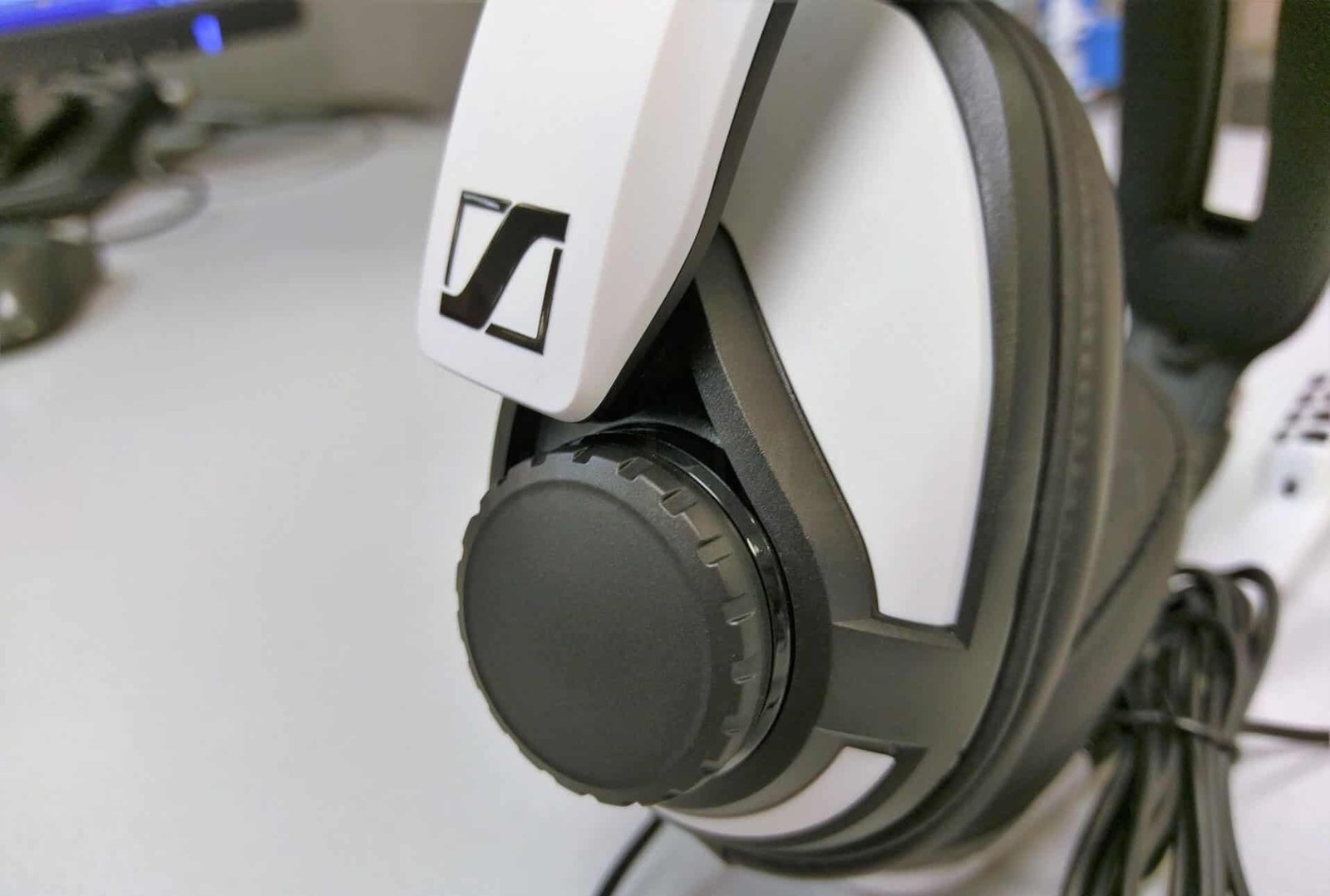 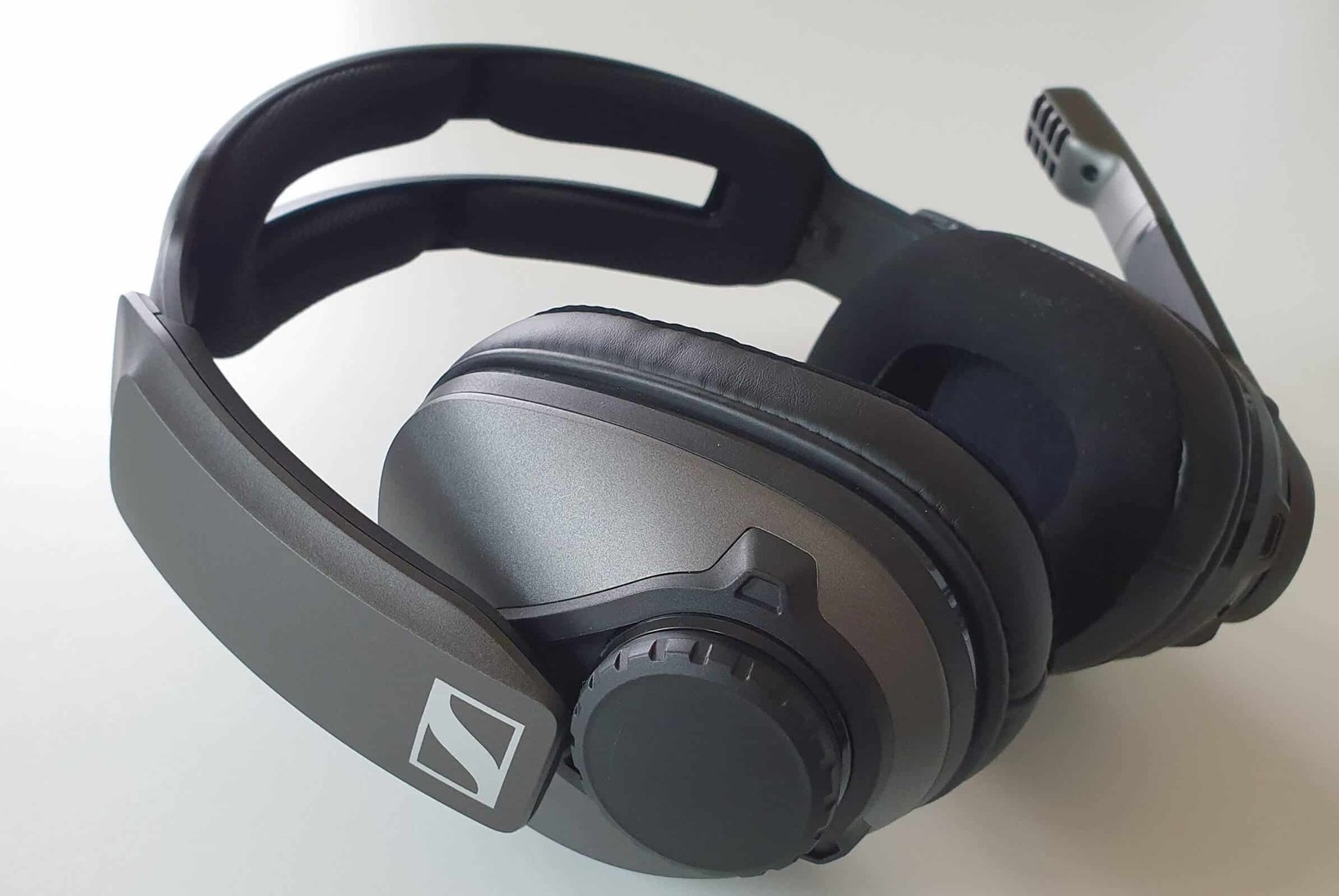 As for the sound, the sound experience, there is probably no reason for anyone in this area to complain. At first hearing, it became certain that Sennheiser’s family was flowing in the characteristics of the EPOS. They once found himself experimenting with various games, movies, music with his mouth curving upwards.

Both models provide satisfactory performance in all frequency ranges, with the difference that the GSP 301it has a higher maximum volume thanks to the wired signal transmission and can also be plugged into an external audio interface, mixer, amplifier, allowing for additional fine-tuning (and even more volume).

It’s not as if it’s needed, but since no two “ears” are alike, it’s no disadvantage to being able to adjust the characteristics of the sound to your own needs. This is also possible with the GSP 370’s factory gaming software. Still, in this area, we can run into a bit of a head-shaking experience, as it was not developed specifically for this device.

The sound quality shouldn’t be a problem with any of the models, and although the microphone is suitable for voice chat use, that’s pretty much its capability, which is perfectly fine since it’s made for just that purpose. Bring to a minimum. A shortcoming to be mentioned in this connection is the lack of the “sidetone” function in both earphones; in other words, there is no way to hear ourselves in the earphone during gaming and chat, thus checking the volume sound quality.

The most important parameters include the range for a wireless device, and the GSP 370 surprisingly underperformed in this area. Everything was fine inside the room, up to a distance of about 5-6 meters, but 8-10 meters proved to be a borderline case if one or two solid wooden doors or a brick wall partially obscured the direct view of the transceiver.

In the same environment, the Xbox controller also started to lose the signal in pretty much the same place. On the other hand, others experienced something completely different in this area; we also heard that the data transmission from 20 meters, outside the apartment, through the walls was flawless. It’s not as if you need to use it from a distance of more than 5 feet too often, but if you do, it’s okay to be prepared for disappointment.

From the above, it has already been revealed that Xbox gamers do not have to waste a lot of time deciding. Still, as a PC / PS user, there is reason to grumble a little dissatisfaction because if they want to take every opportunity, they have to buy two products instead of one. For EPOS. All you need is an optional audio cable for the GSP 370 of to make the product “complete,” and we feel that the user’s needs were paramount in the design for the manufacturer.

On the plus side, of course, the cable solution costs half as much, but whoever chooses the wireless version should achieve it with a quieter and harder customize sound, in addition to handling the energy needs of one more rechargeable device. As a result, it’s not crazy for someone to buy both, as even a more serious fleet of machines can justify the use of more and more headphones, but from a customer’s perspective, this can by no means be called ideal. 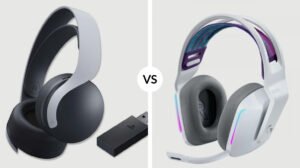 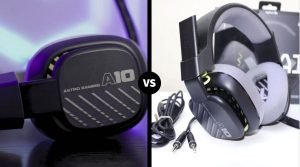 Astro A10 Gen 2 vs ASTRO A10: Wired Gaming Headsets Comparision 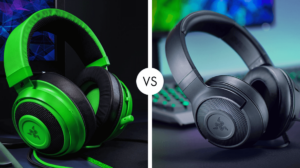 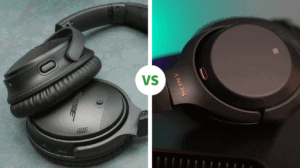 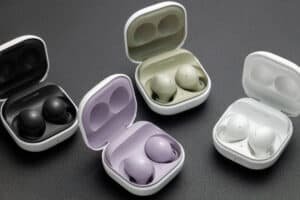