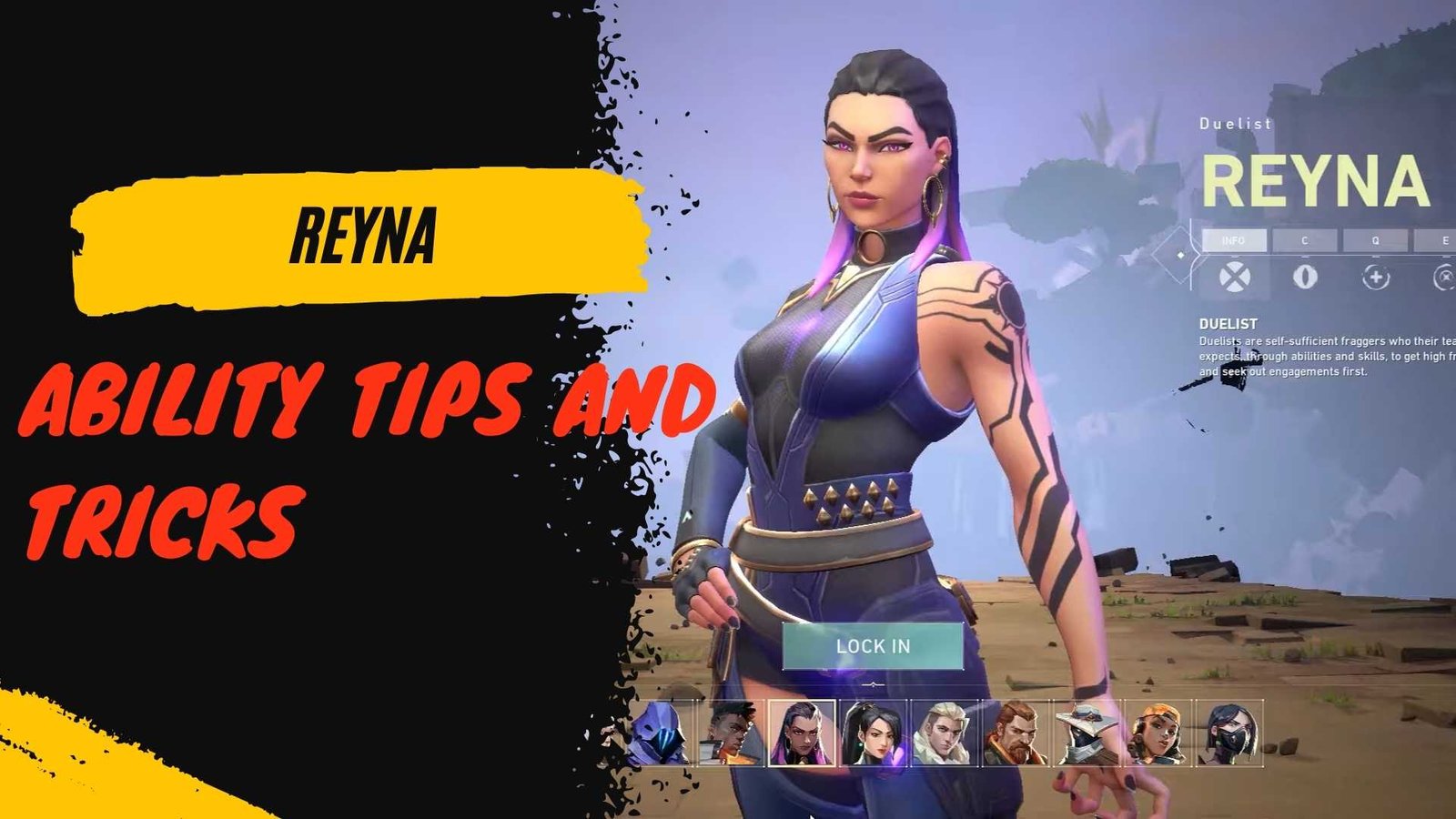 Reyna is a destructive Mexican character in Valorant who can heal herself, become invisible, and blind her enemies. Reyna is one of a kind because, when used right, she almost guarantees a kill.

As a duelist, Reyna’s job will be to move forward and get the first kills to start a guaranteed offensive. She will also be the best agent for people who want to attack or defend a point on their own. This is because her abilities, Devour and Despise, let her refill her life bar or become immortal for a short time. Because of their passive, you can only find soul orbs on the dead bodies of your opponents. These orbs only show up for a few seconds, and you have to show yourself to get them back.

Still, he is one of the best agents in the game when it comes to completing solo raids. In ranked games, where we can’t always count on our team, it becomes a great alternative that gives us the independence we need. A valuable item in Valorant.

How to Use Reyna Abilities 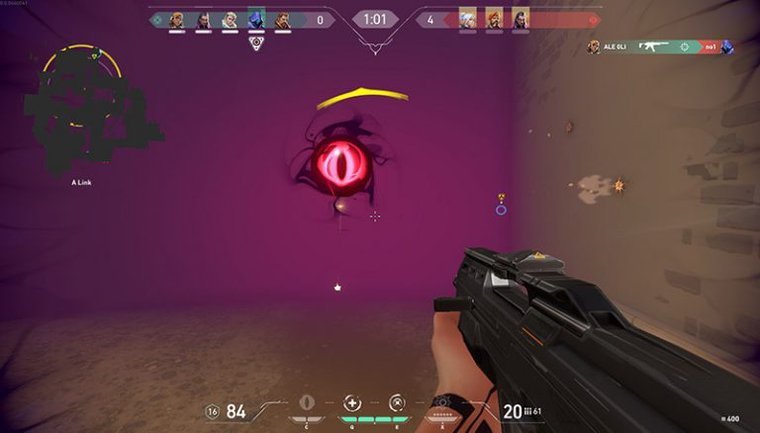 Reyna must equip the Blind ability Leer before casting it. Her crosshair will be replaced by an indicator for inserting an ethereal eye once she is equipped. The eye will be cast a fixed distance from Reyna’s casting point and will be capable of traversing terrain. This distance can be shortened by casting against solid, horizontal terrain, which causes the eye to deploy at ground level rather than further into the ground. 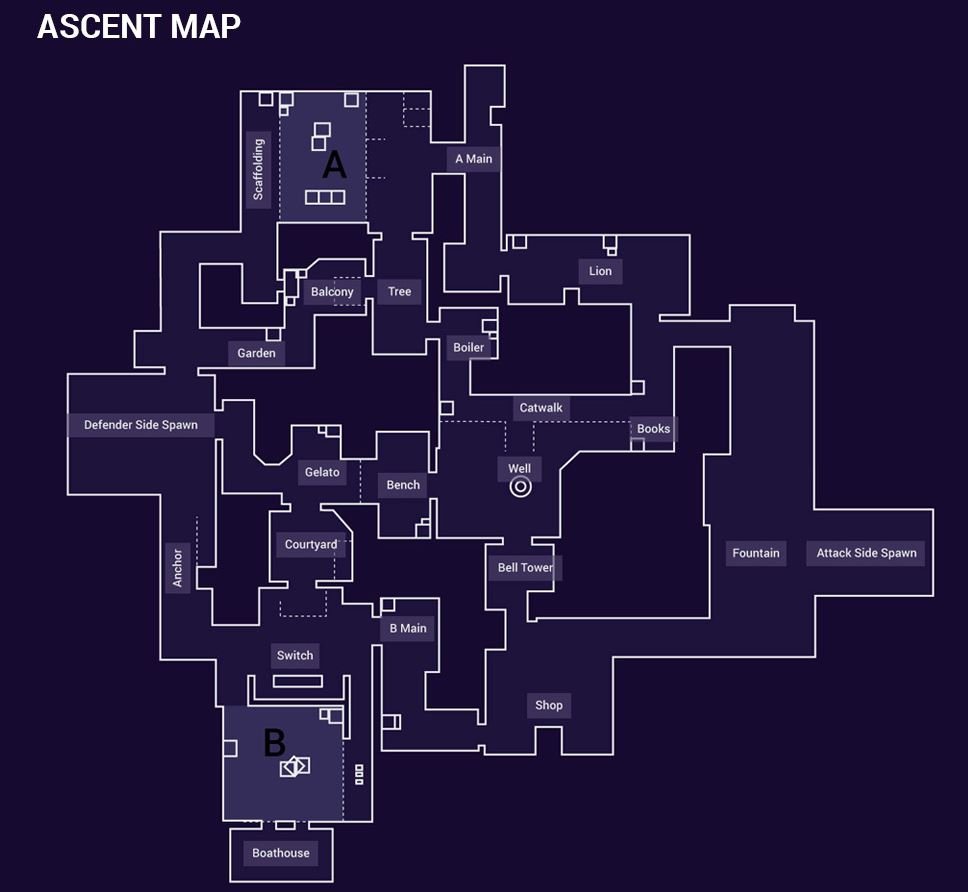 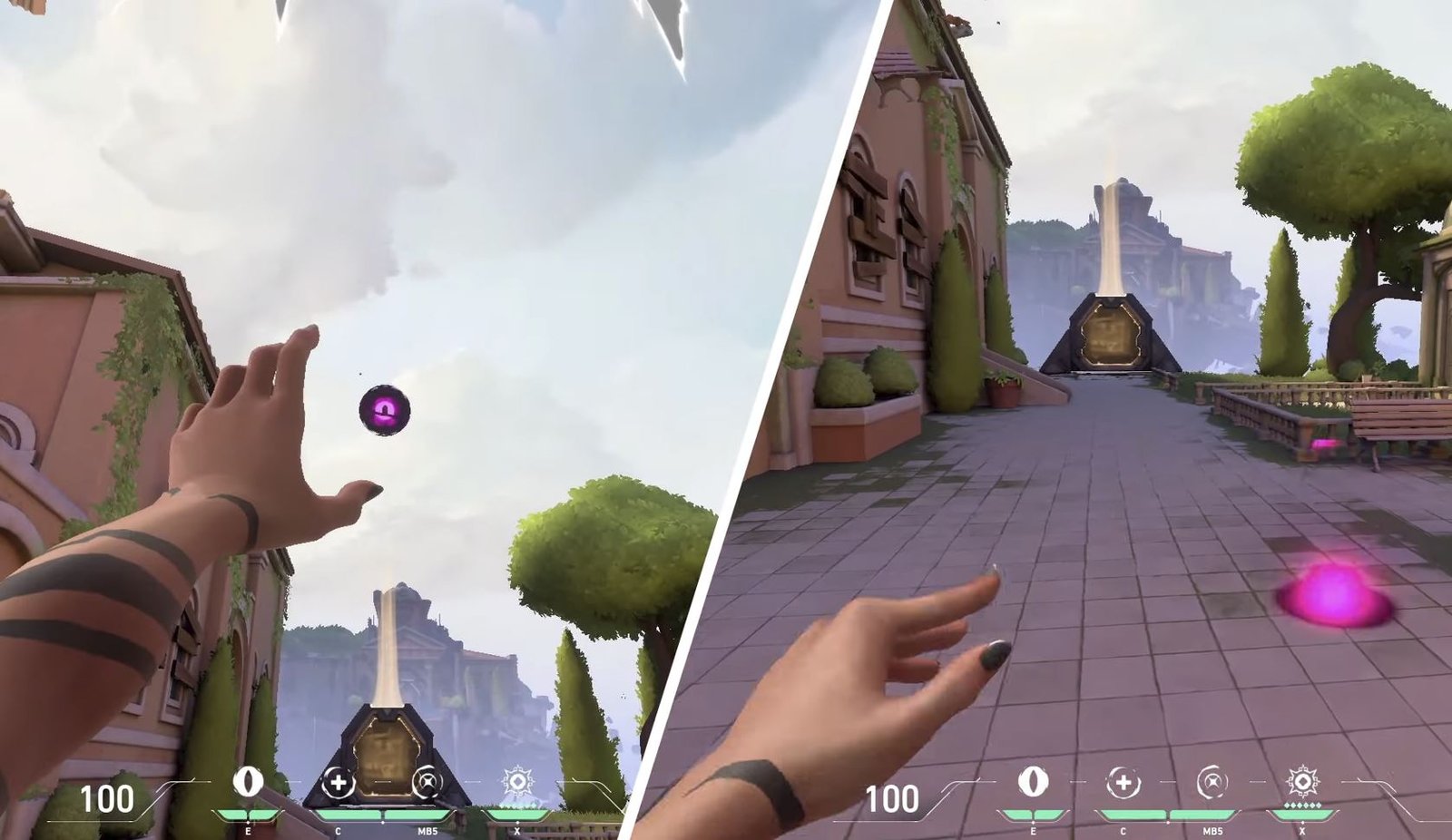 We recommend throwing the orb either above you or at your feet because adversaries can simply spray transfer and take you out after shooting it if you throw it in your head level. 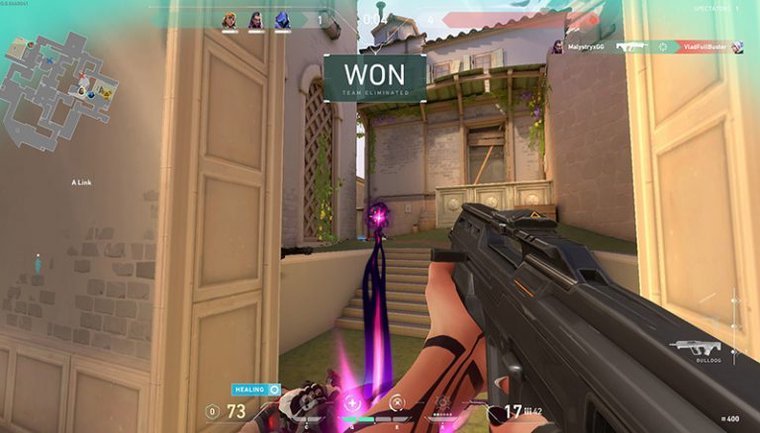 Devour is the first of Reyna’s two common skills that increase her battle effectiveness. Q gives Reyna 3 seconds of health increase fuelled by the souls of the slain enemy team in her region. She can instantly swallow their souls to heal them within 4 seconds of their bodies crumbling to the floor, restoring her life to 100%.

The more souls you devour, the faster you heal, thus a clutch double kill might pull you back from the brink of death and into an aggressive fragging role. There is a “overhealing” element that we shall look into later. 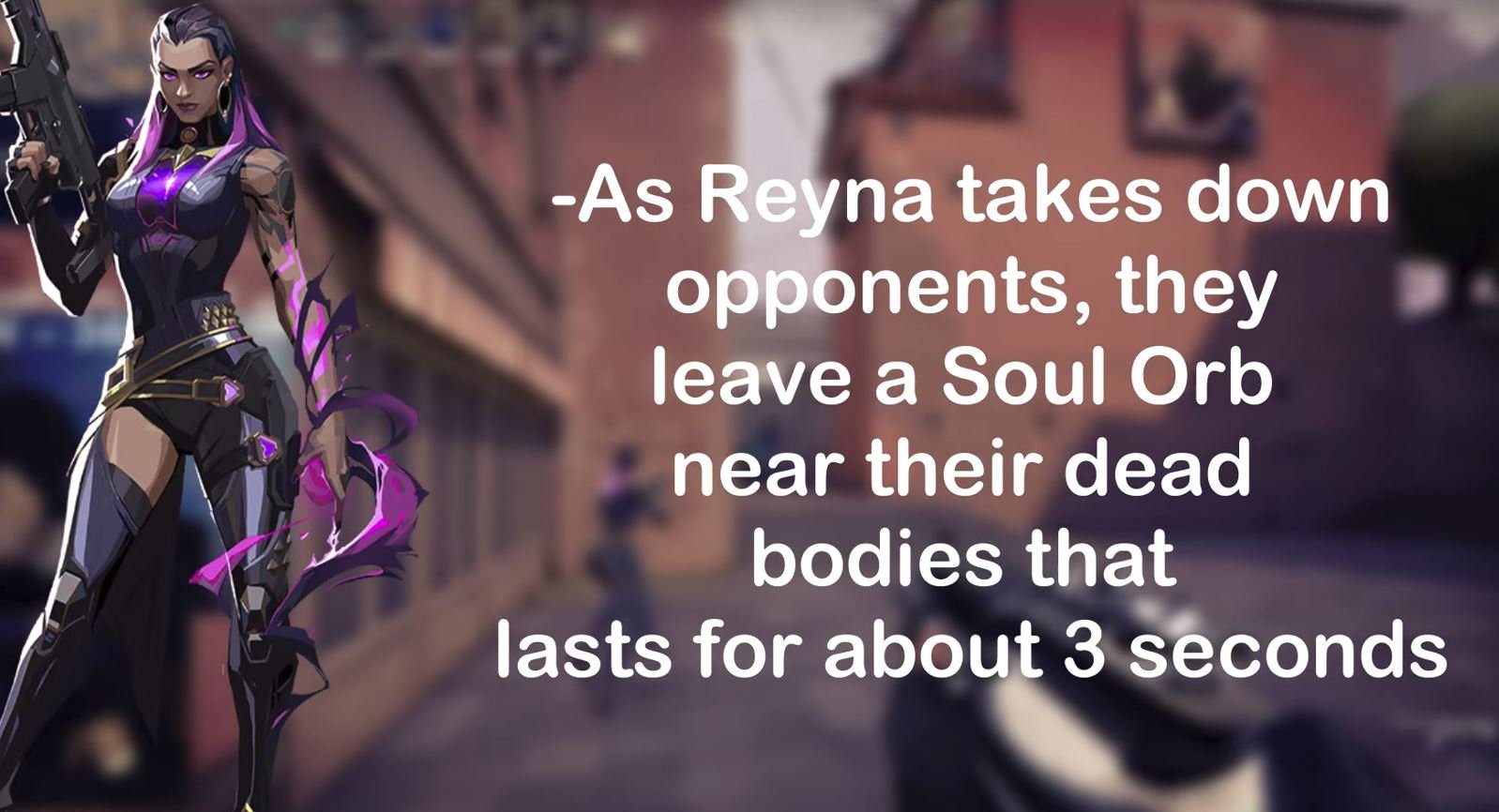 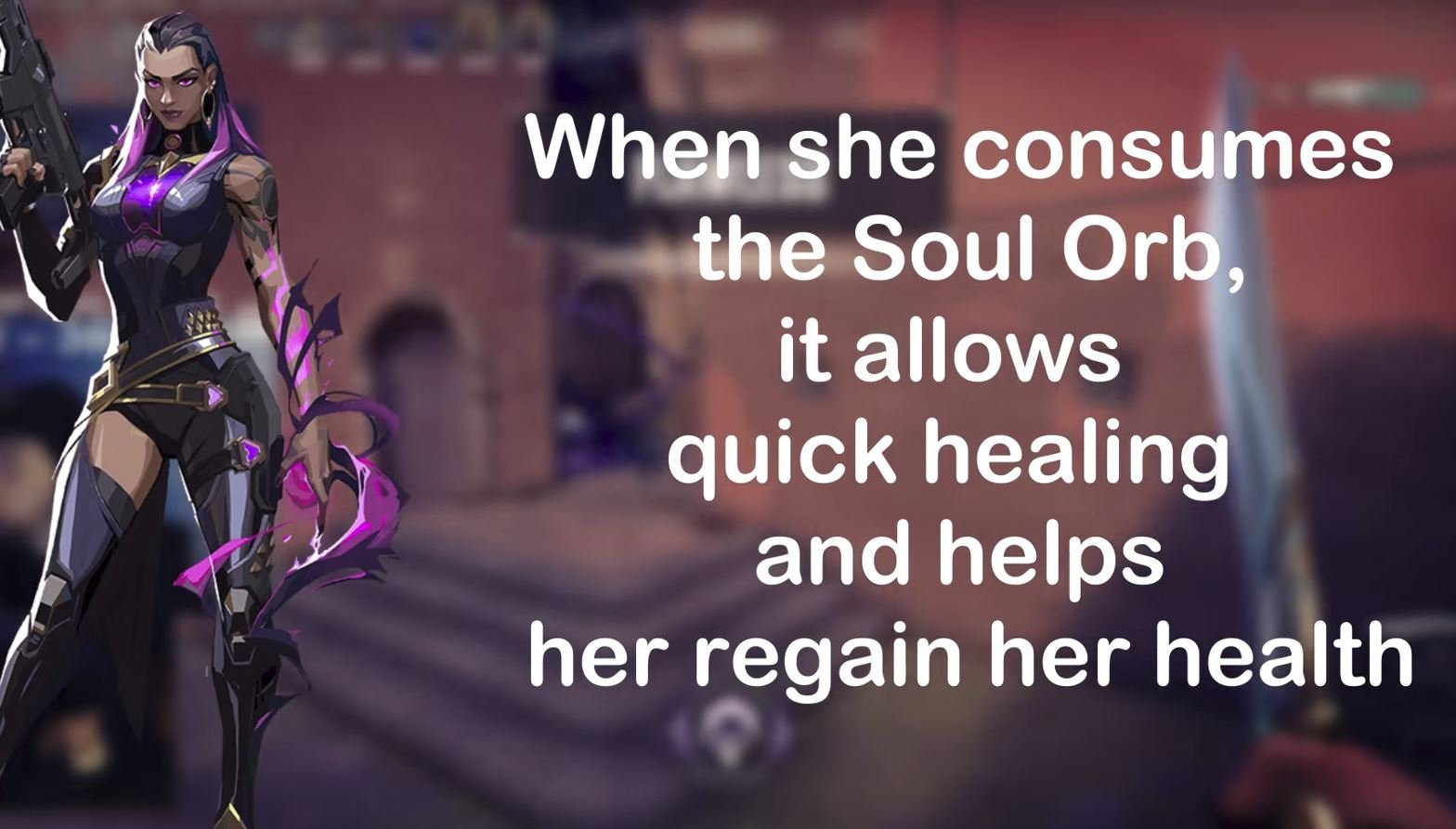 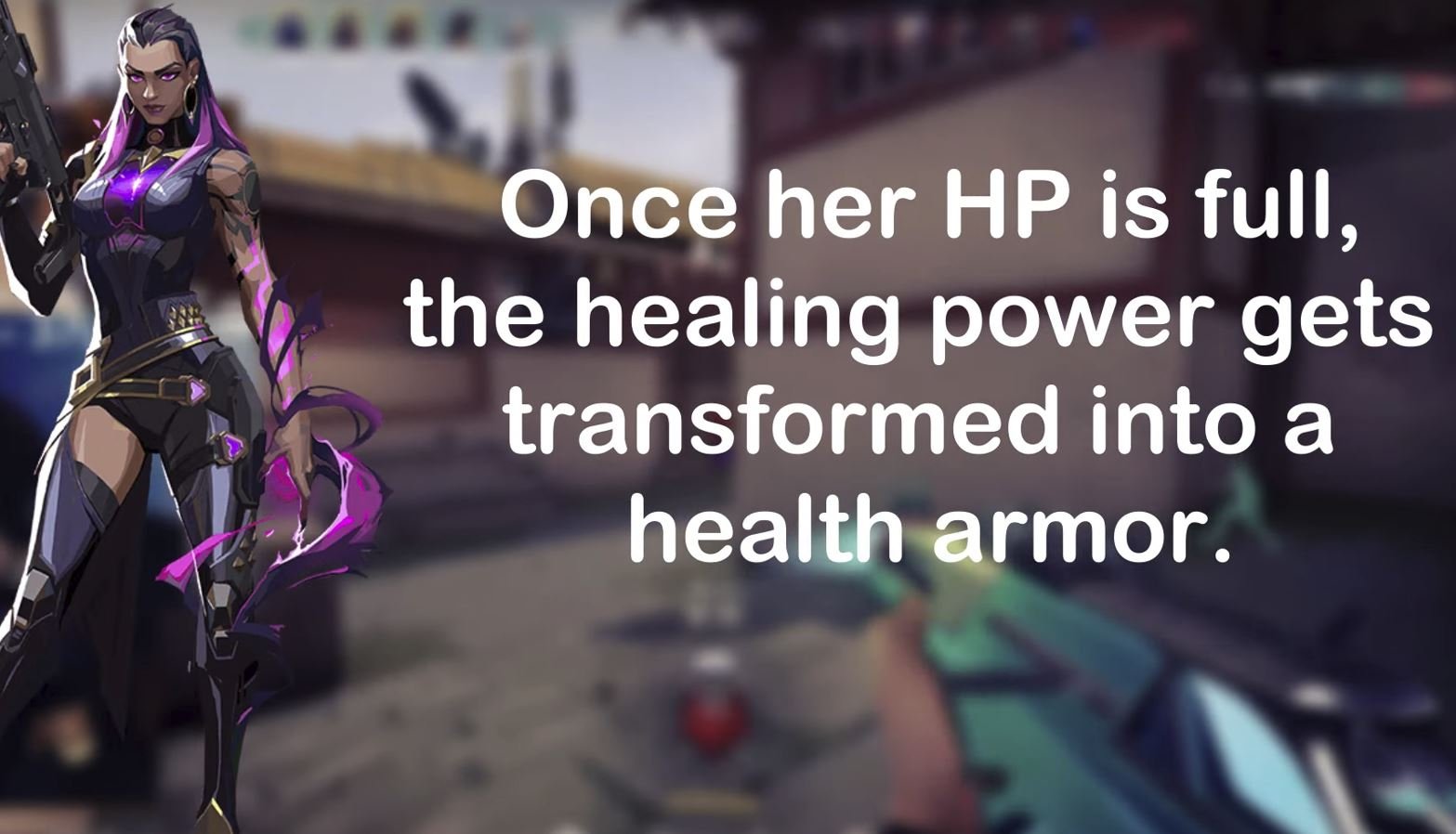 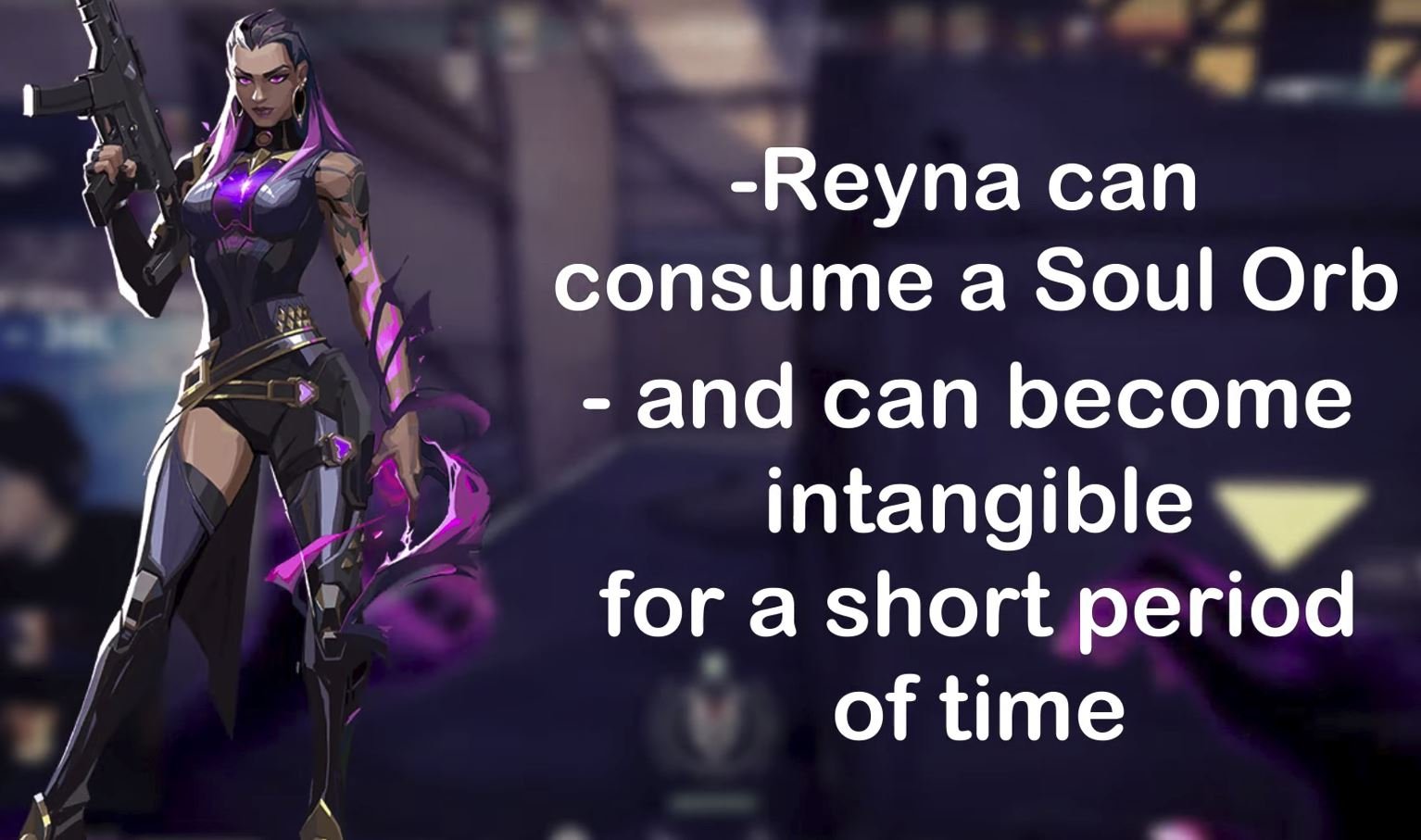 Dismiss is Reyna’s second power that deals with the spirits of the deceased. She may grant herself invincibility for 4 seconds with her E to relocate and reengage enemies. This ability has an animation and a countdown, but the invincibility lasts through it and long enough for her to move into a different position and begin firing.

Reyna can move past molotovs and venom without taking damage, giving her a unique angle for targeting adversaries. While this may appear to be a bit strong at first glance, Riot will undoubtedly scrutinise the inability to fire and the short duration to determine where it is weak and strong for players.

With Empress, Reyna has the strongest ultimate in the agent pool (apart from Sage and Raze).

She enters a frenzy, which increases her firing speed and equipment and reload speed. If Reyna gets a kill, the duration of the ability is also renewed, and if it is still active, a Devour is cast automatically on killing an enemy without consuming the orb, unlike her ability to dismiss an active empress, which also makes her invisible for a short period of time.

She will generate 50 more health if her healing factor exceeds 100hp (with no damage mitigation). This lasts for 30 seconds if no enemies are killed, but it will be reset if an enemy is killed.

While C remains intact, her E and Q abilities have no cool down, and when she uses a soul with E, she becomes invisible and indestructible for 4 seconds. This enables her to engage foes from many angles and disrupt enemy players in hard cover locations.

How to Play on Attack

Reyna is on the attack. You want to flash on to sight and use your teammates smokes as well. Don’t forget to flash either high or really low to avoid an easy spray transfer and throw off your enemies aim. More than likely, you’ll be pushing in first just because you’re the duelist and because you have the flashes you need to get those first picks and clear out sight. Reyna is a fantastic duelist, but she has a steep learning curve that takes time to master, so my final piece of advice is to practise with her as much as possible.

Orcs Must Die! 3: How To Defeat Flying Enemies