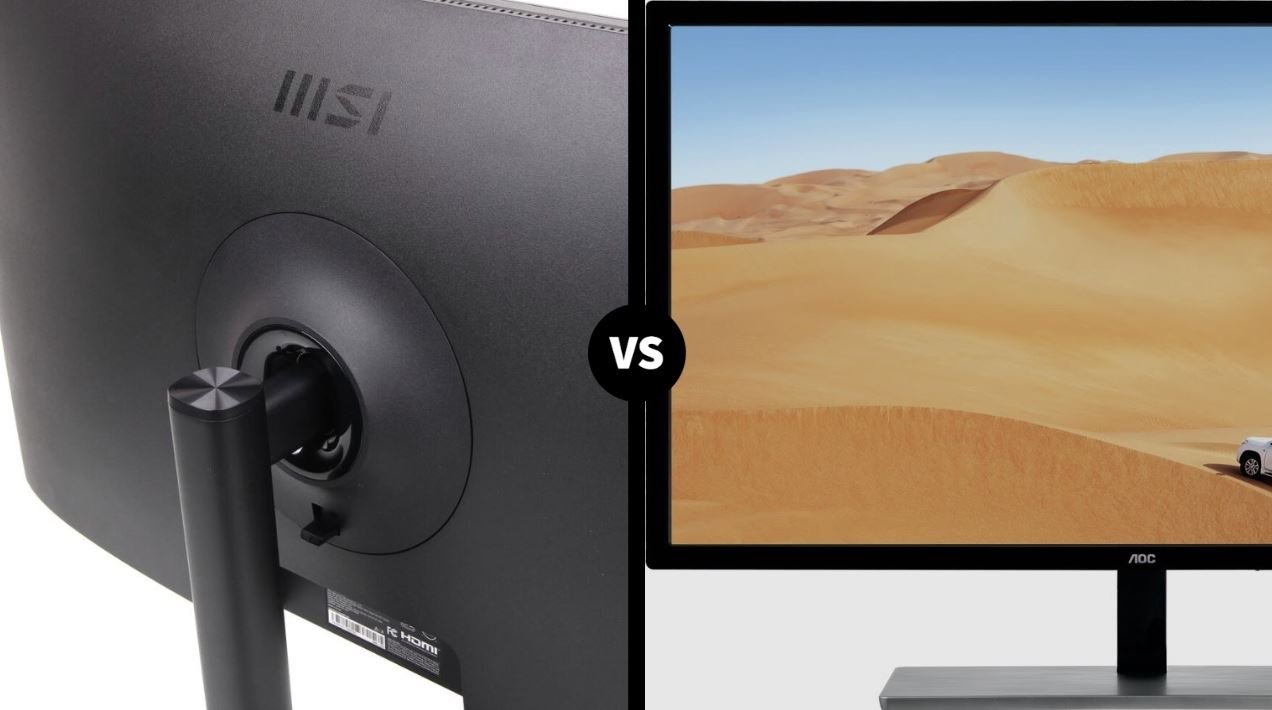 MSI primarily wants to appeal to office workers with the Modern MD271QPDE. The name says it all: Modern features such as a USB-C connection with DisplayPort, the sharp QHD resolution, and the 75 Hz refresh rate bring clear benefits in practice. However, the USB-C DisplayPort slot does not offer any power supply for notebooks.

The monitor still has to be calibrated afterward if you do professional image processing. The luminosity turns out to be much higher in practice than MSI specifies in the datasheet. The response speed is good, and the overdrive function works reliably. Thus, the monitor is also suitable for occasional games. With the freely adjustable stand, you can adapt the MSI monitor to your specific ergonomic requirements. 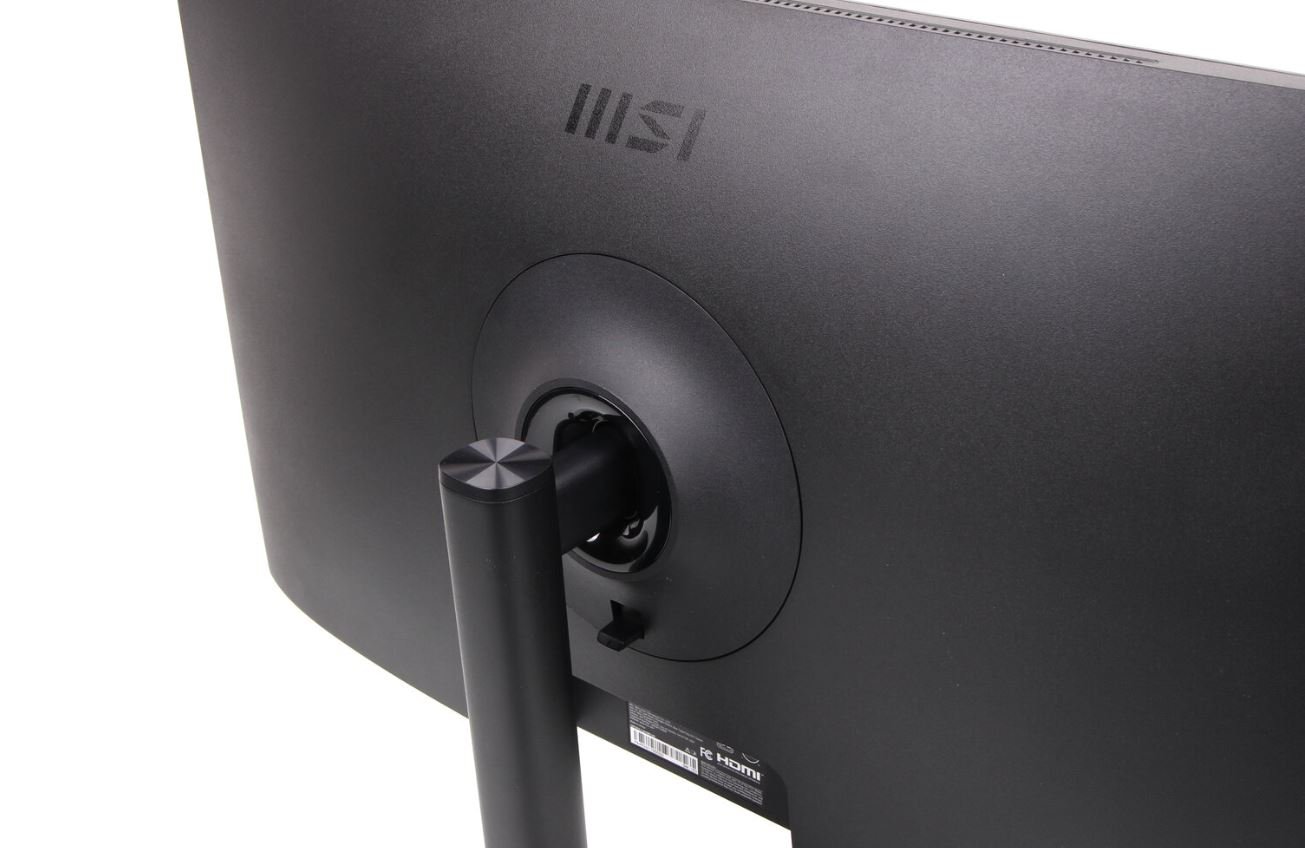 The AOC Q3279VWF is an inexpensive WQHD monitor (1440p) that is even suitable for gaming thanks to Freesync technology. We took a closer look at the bargain in a detailed test.

A screen diagonal of 80 cm, the Q3279VWF is one of the larger representatives of its kind. Fortunately, AOC has given the device a slightly higher resolution than Full HD, ensuring good image sharpness with the usual monitor seat distances and a little more space for programs and controls granted to the desktop. The panel is one with VA technology. It shines with a very high contrast value of 3,000:1, making the picture look natural. However, the low price also comes with some compromises. The lack of height adjustability of the base is particularly annoying. 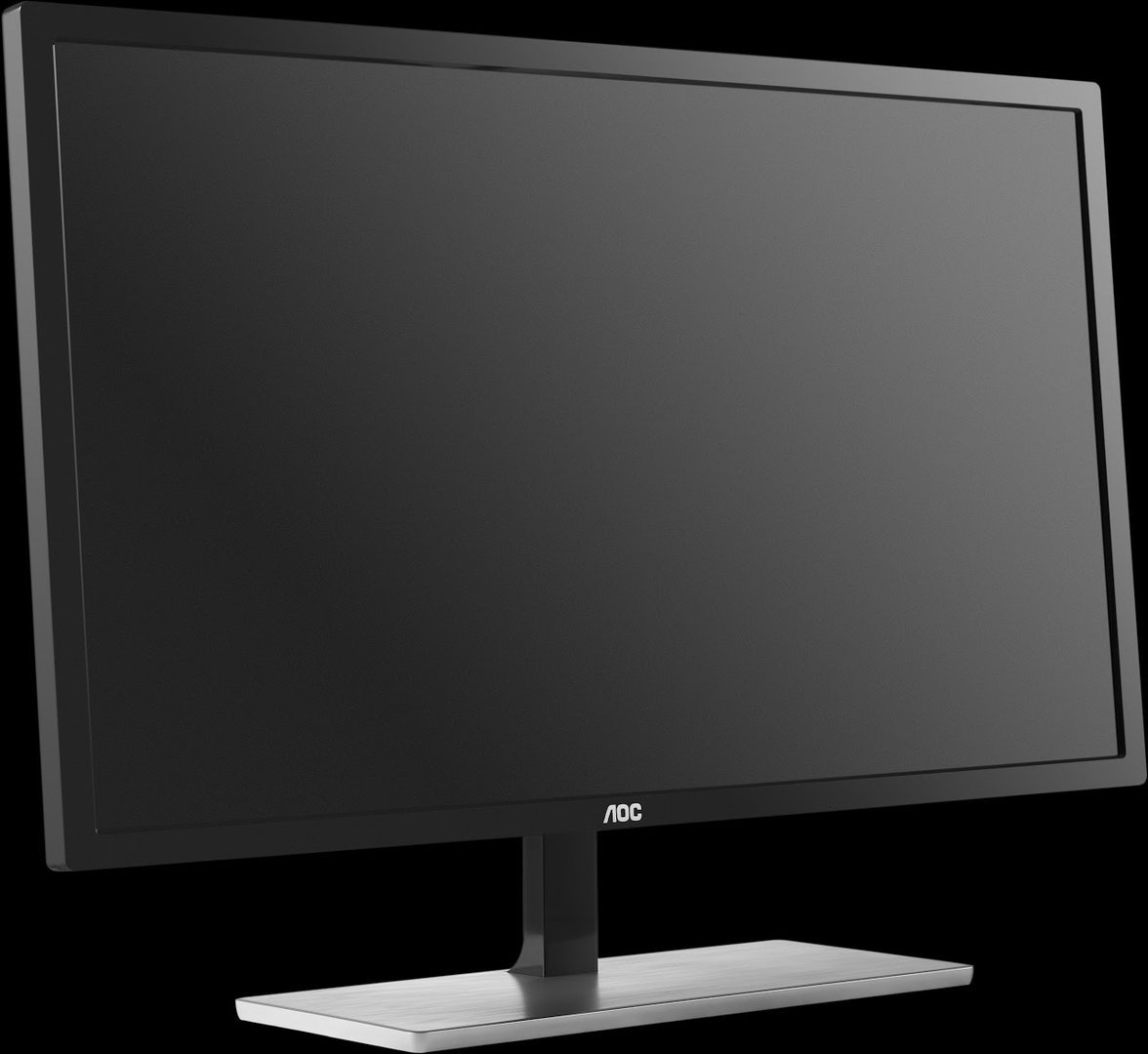 MSI relies on a simple stand that doesn’t offer cable management but can be mounted without tools. The flat base also wastes no space on the desk. Optionally, another stand can be attached to the VESA mount (75 × 75 mm), covered by the stand. As an office monitor, the display offers a height adjustment of up to 110 mm in addition to pivot and can be tilted and swivelled. 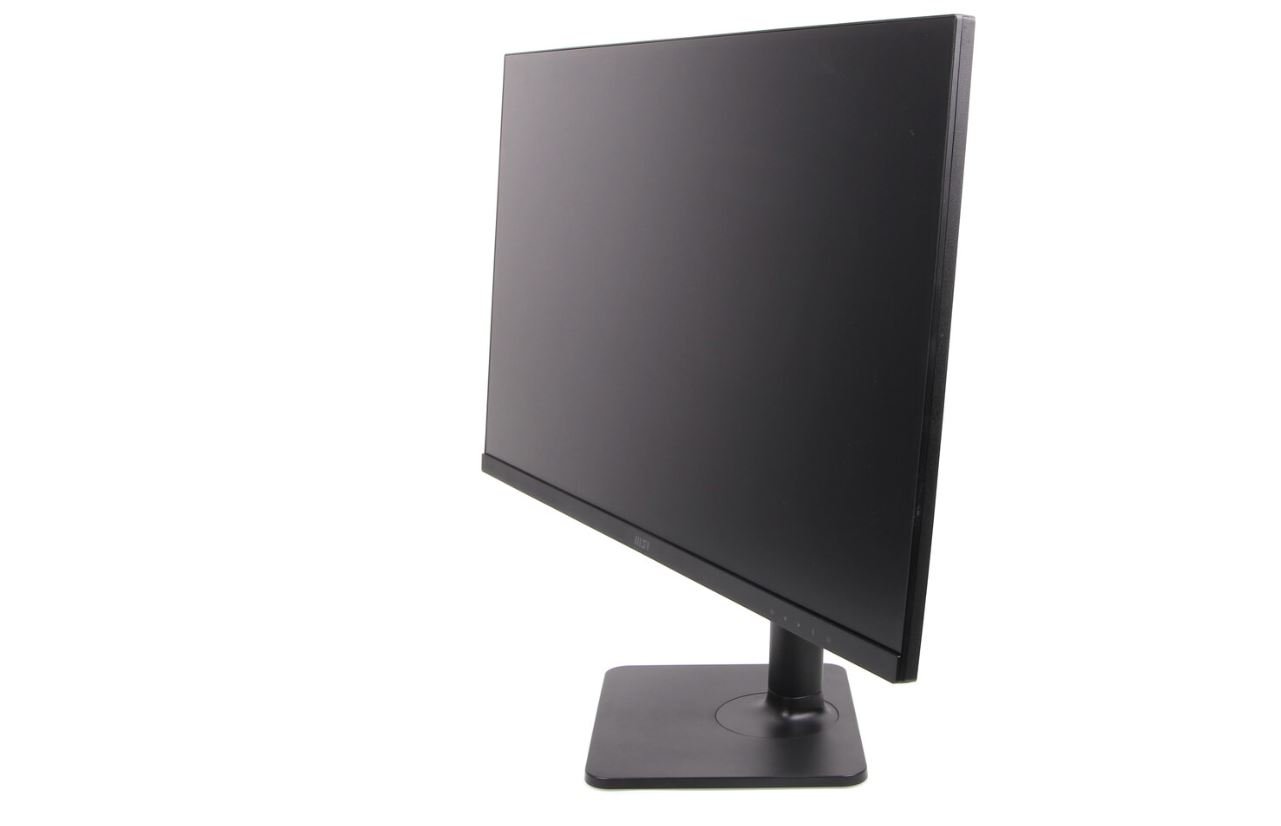 The office monitor does not offer any extras such as RGB lighting, but the on-screen display (OSD) still has a few gaming modes to choose from and allows the overdrive to be adjusted from “Off” to “Normal” to ” extremes“. The OSD is kept simple, but the controls via five buttons at the bottom frame of the screen are still cumbersome. The MSI Modern MD271QP is one of those monitors where you don’t want to deal with the OSD for a long time and fortunately don’t have to. 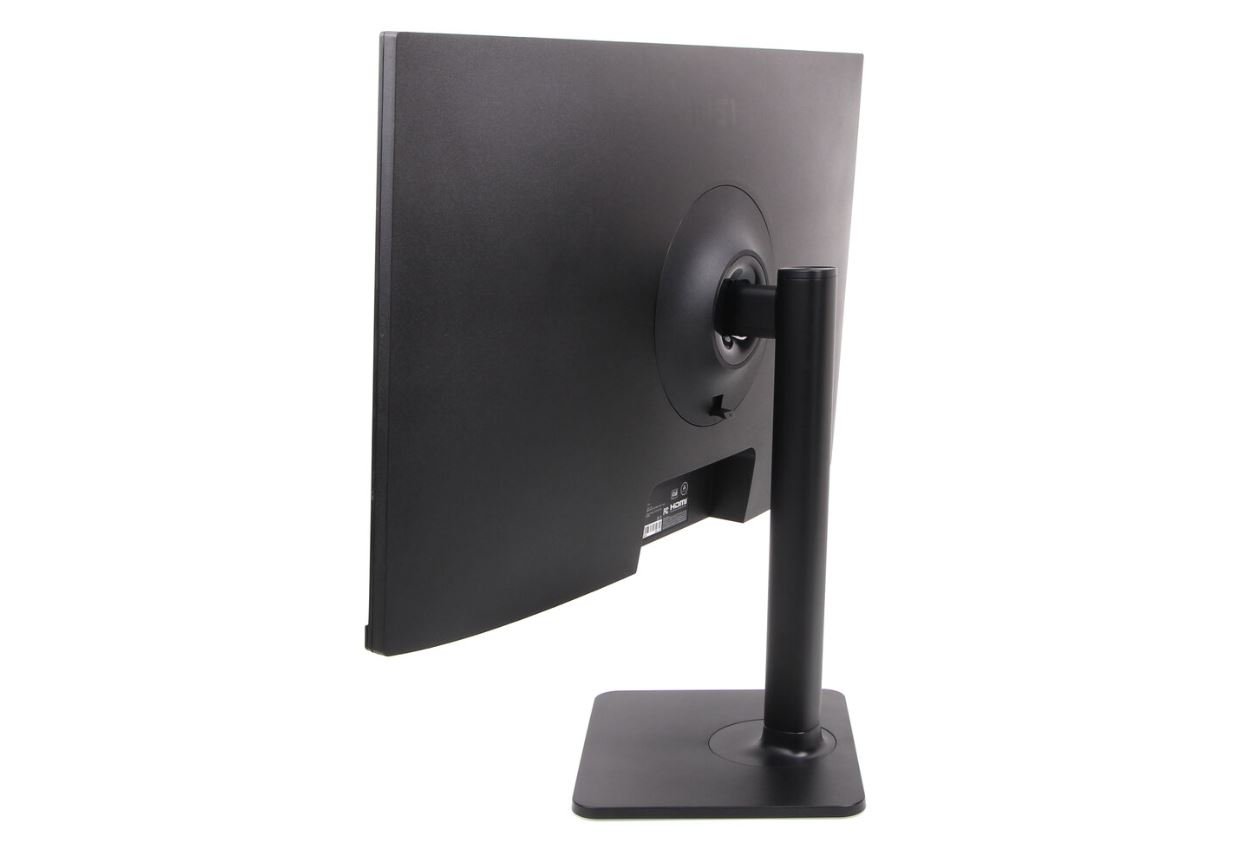 The AOC Q3279VWF proved itself a good all-around monitor with an attractive design for the home office and casual gamers. The picture quality convinces with high contrast and good color reproduction.

You get a VA panel with a WQHD resolution of 2560 x 1440 pixels (1440p). Thanks to Freesync technology, the 31.5-inch monitor is also suitable as a gaming monitor. The maximum frame rate of the AOC Q3279VWF is limited to 60 Hertz, so the monitor is only suitable to a limited extent for fast-reacting games. The design of the 31.5-inches is filigree with a slim but stable base and a narrow panel edge. The WQHD screen also fits on smaller tables.

The AOC Q3279VWF is not necessarily suitable for many hours of professional use at the workplace, it lacks the ergonomic adjustment options – especially height adjustability. The on-screen menu is structured in tabular form, which is useful for quick configuration. There is also a special game mode with some setting options. 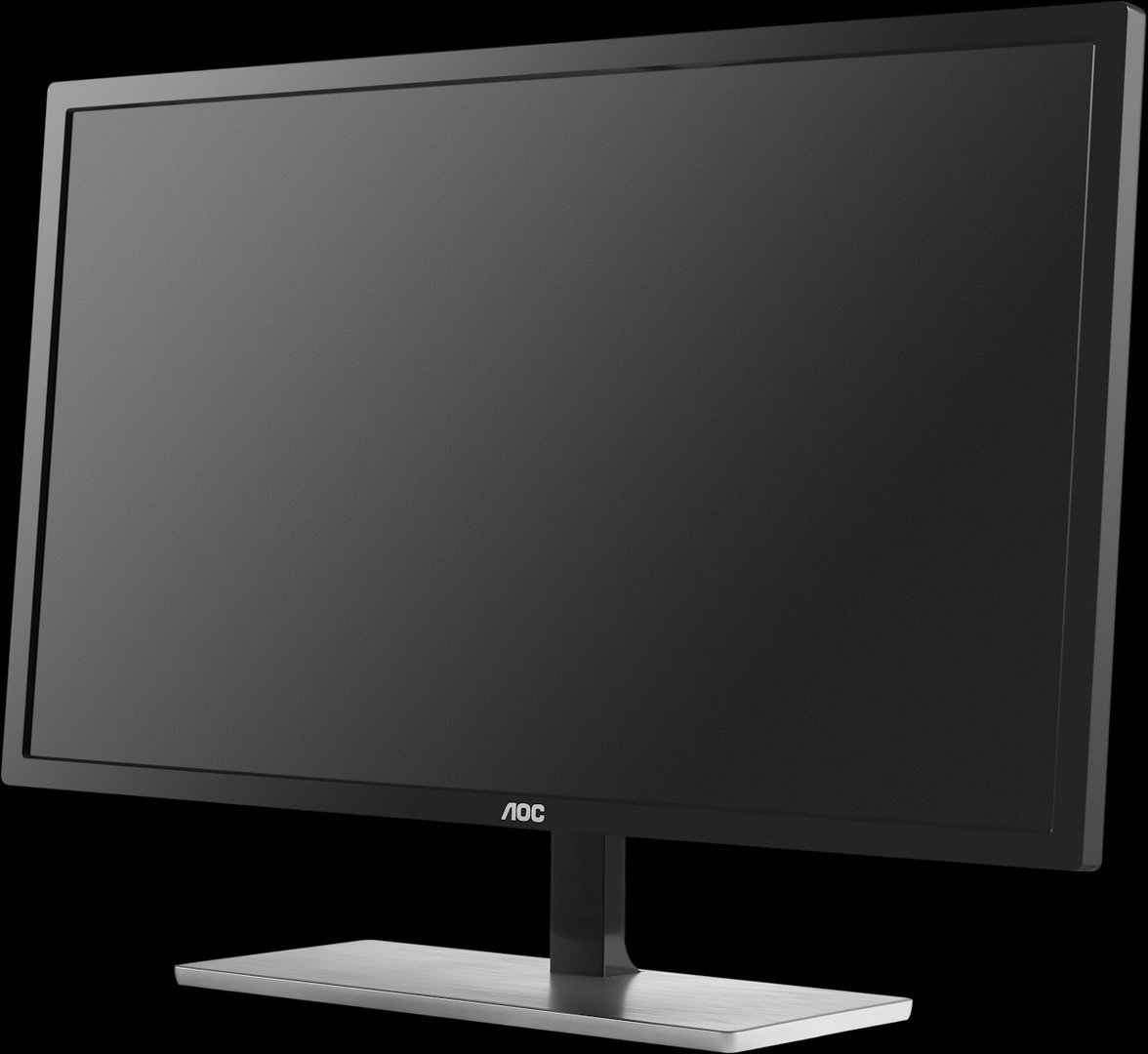 MSI uses a 27-inch IPS panel with an LED backlight for the MD271QP. No further information can be found in the datasheet. However, the determined spectral radiation distribution is typical for a monitor with W-LED backlighting. It is based on blue LEDs with a yellow fluorescent layer. The emission spectrum of the now white light that remains before passing through the color filter limits the color gamut. However, this is not a serious limitation for office monitoring. Professional image retouching or proof simulations should be carried out with displays from a different device class, which can usually be hardware-calibrated. 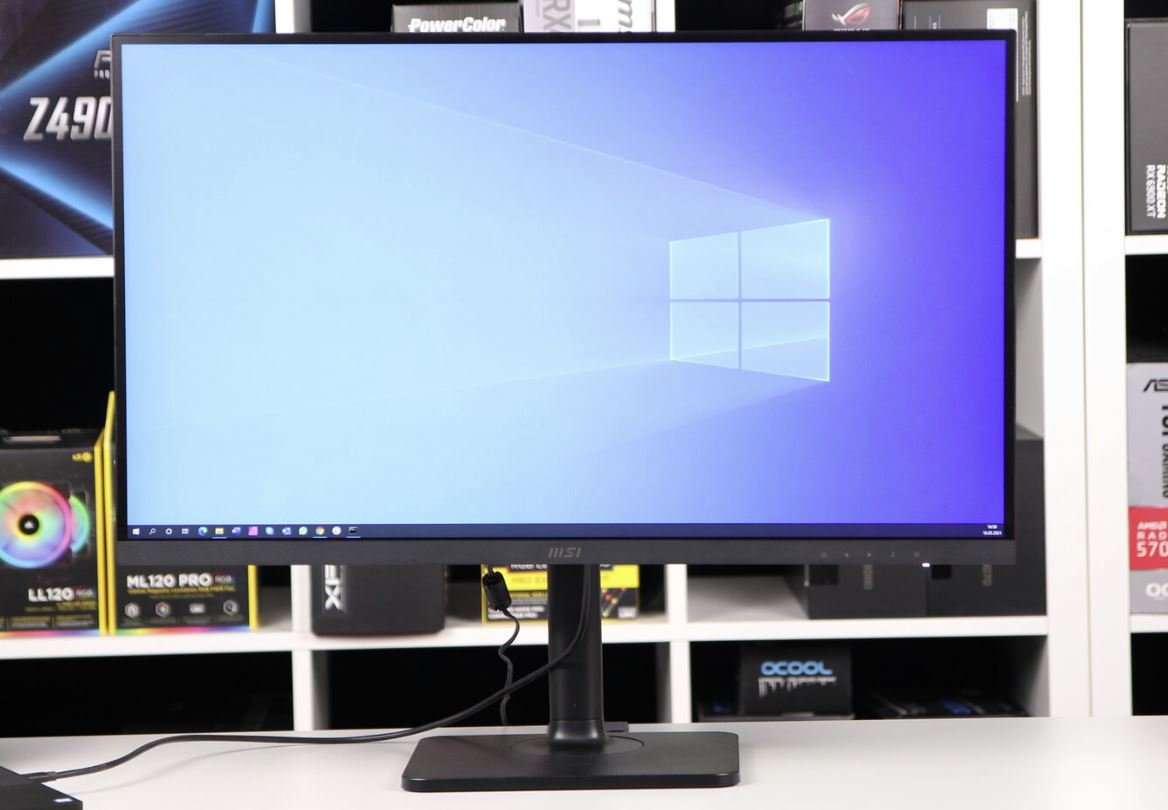 According to our research, the panel drivers of the MSI MD271QP are controlled with just 6 bits per color channel. An FRC dithering implementation ensures the visually lossless reduction of the signal output by the scaler with 8 bits per color channel. This works well. We cannot determine an increased artifact and noise tendency. And the signal processing by the scaler is also solid. Even beyond setting values ​​that come close to the native panel characteristics, there are at most occasional tonal value breaks.

The image quality of the MSI MD271QP meets all the requirements of everyday office life. The viewing-angle stable IPS panel makes a big contribution here, supported by a factory setting that is not perfect but is still solid.

AOC Q3279VWF: Anyone who is used to a standard 24 or 26-inch monitor will find a monitor larger than 30 inches overwhelming at first, but you will get used to the significantly larger screen area in just a few days. The increased space makes different workflows easier and is also very positive for games or films and series. 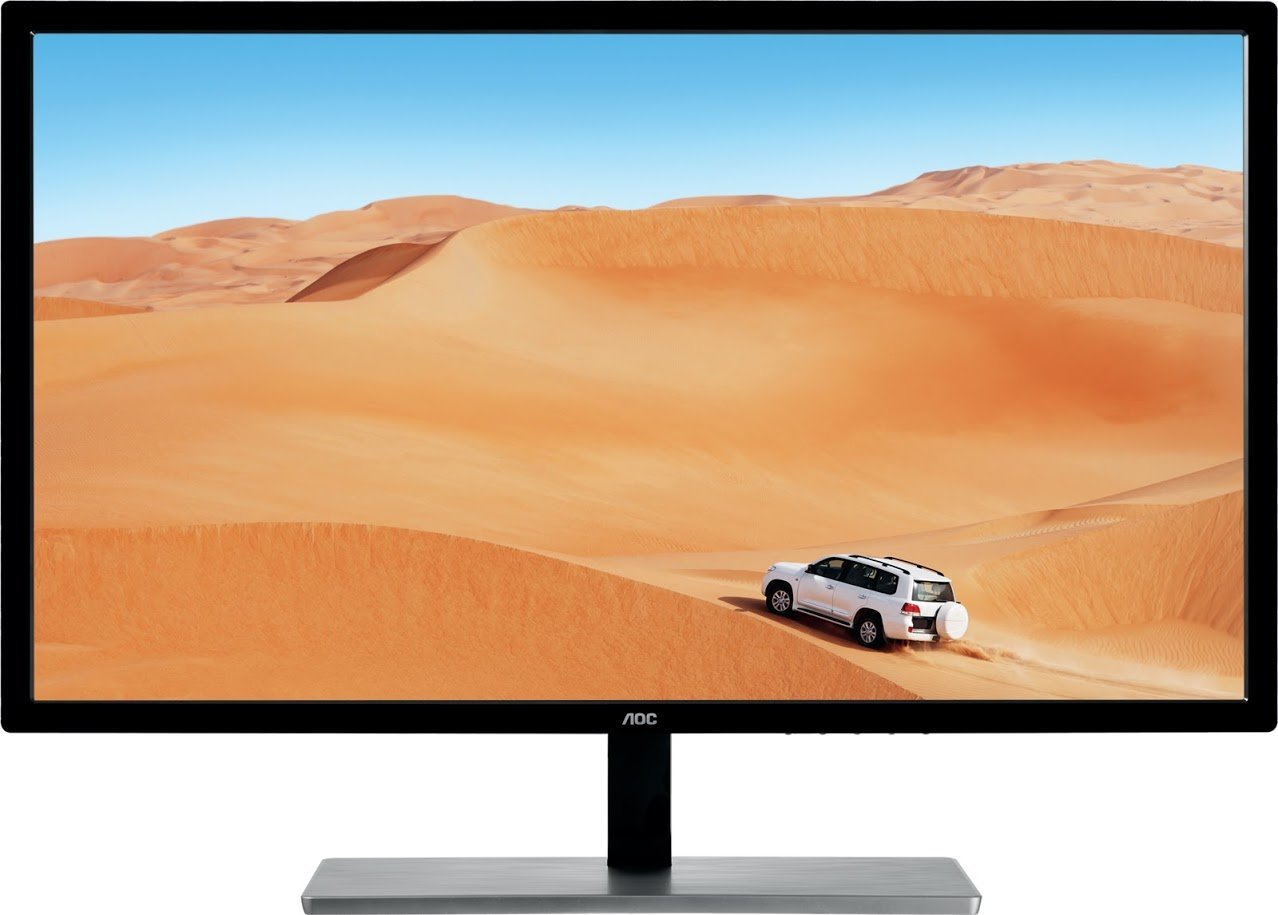 The image of the monitor can be described as good across the board. It is also nice to cover 98% of the sRGB color space. The brightness and contrast are also good, so the monitor can be used in various ways. The colors are also well adjusted in the factory configuration, and contrast comes out well. The viewing angle from which the picture remains good is also quite large.

The various image properties such as brightness, contrast or color values ​​as well as a reduction for the emitted blue light can be adapted to individual taste and saved in several profiles, so that you can switch between different configurations for work, for gaming or for a movie in seconds . However, operating the monitor with a reduced resolution instead of the factory resolution of 2560 x 1440 pixels will notice the unavoidable upscaling.

An important feature when gaming is the built-in support for FreeSync. If you use a compatible graphics card, you can see that the frame rate is adjusted to the monitor’s refresh rate. This avoids image errors and stutters caused by different refresh rates between the screen and the PC.

The array of connections on the MSI MD271QP is equipped with three digital inputs. A DisplayPort, HDMI, and USB-C input are available to the user. The latter transmits image data via the DisplayPort connection standard. 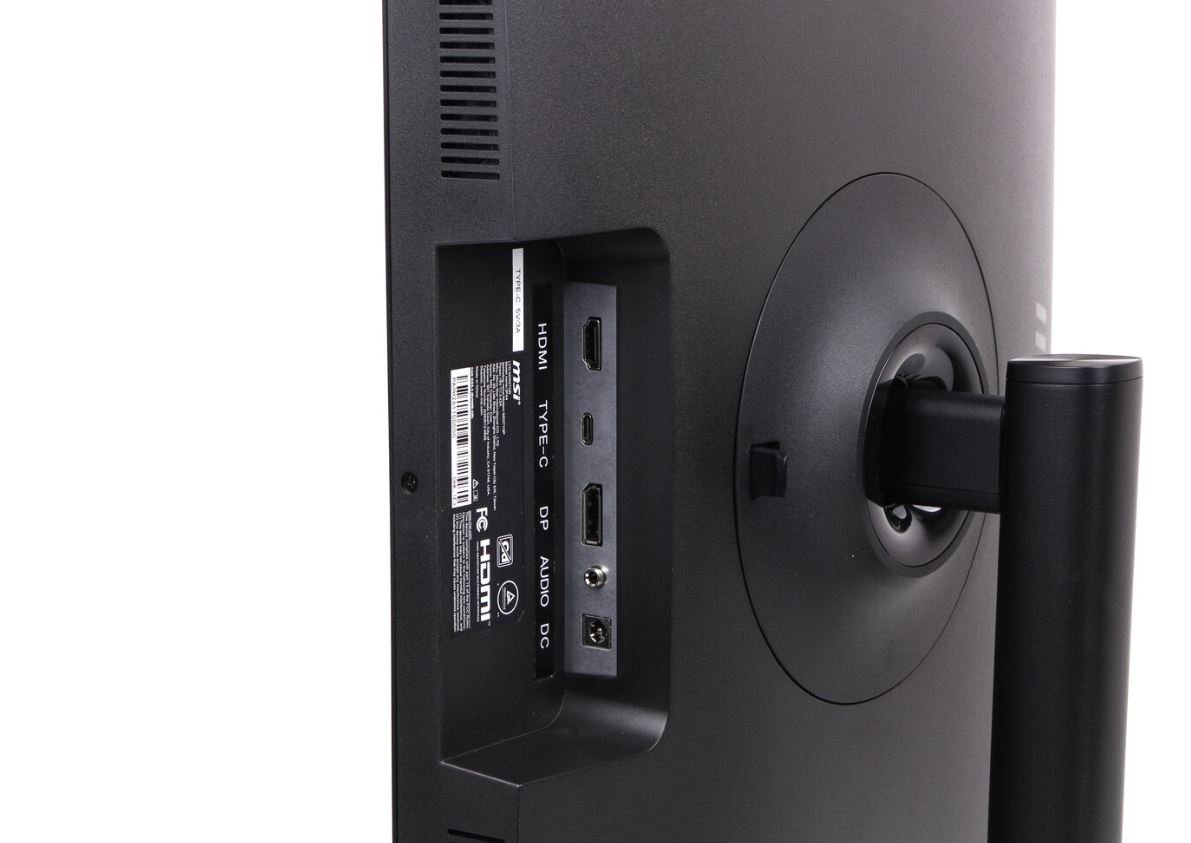 Unfortunately, MSI has not integrated a USB hub, which is particularly unfortunate for an office monitor. Mouse and keyboard would be grateful connection partners. Audio signals can be output via the two built-in speakers or a headphone connection with a 3.5 mm jack. 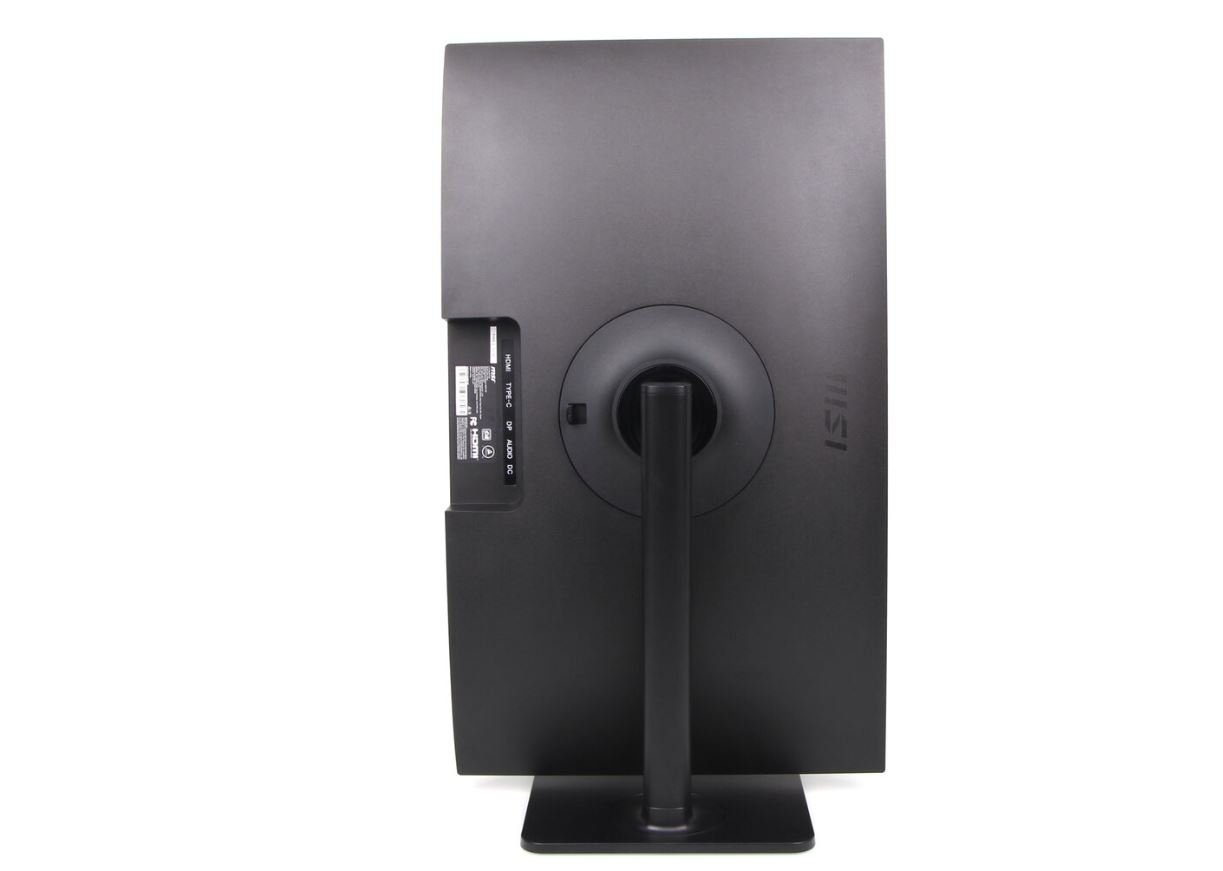 The AOC Q3279VWF is an all-round monitor is also evident from the range of interfaces. In addition to an HDMI and DisplayPort interface, the screen also offers a DVI port and even a VGA input. This means that the device can even be operated on very old PCs. Only an HDMI cable is included in the scope of delivery. 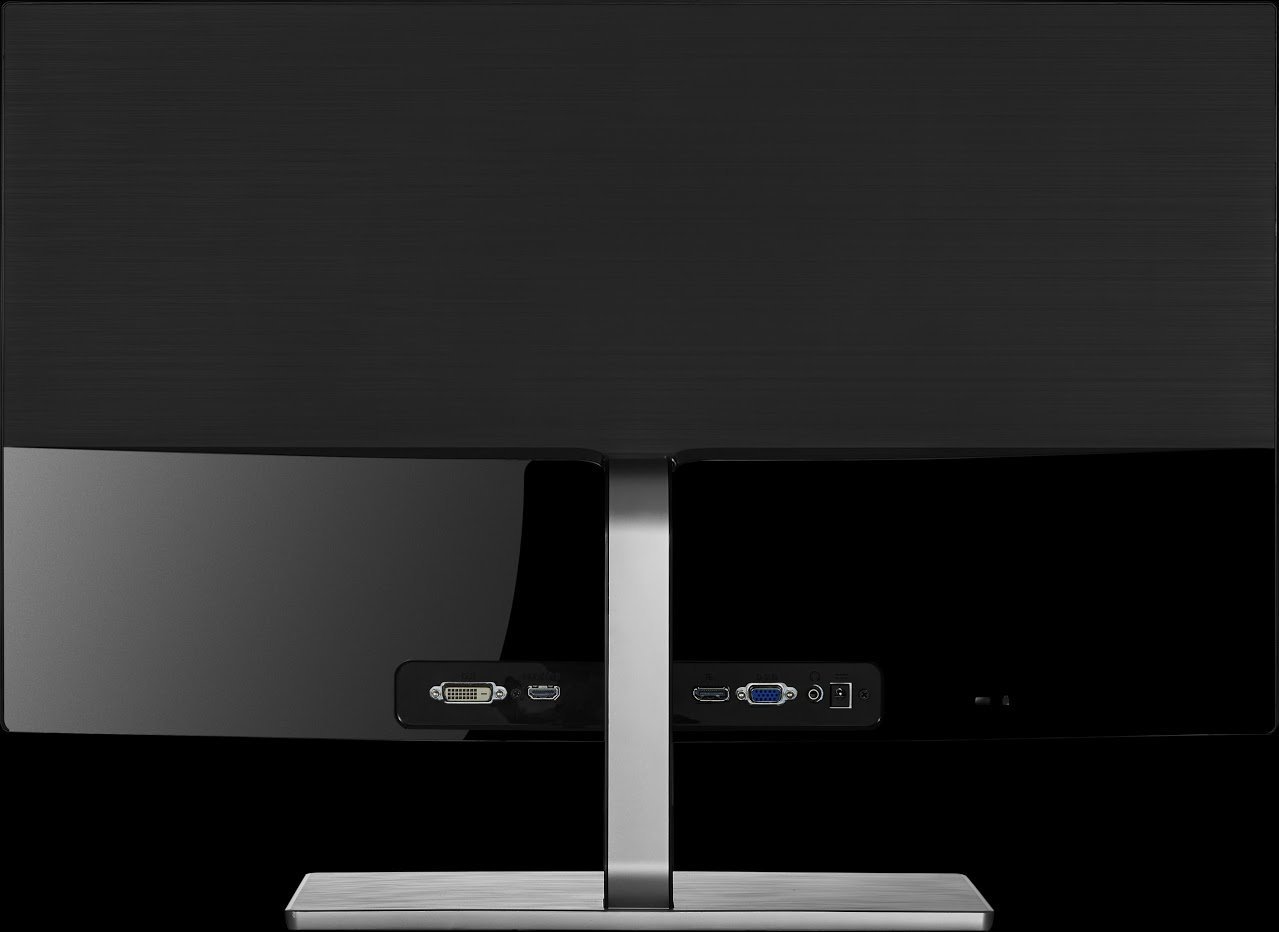 The MSI MD271QP completed our test course inconspicuously. Its pleasing, frameless design and the viewing-angle stable IPS panel fit well into any (home) office. For example, anyone who frequently works with large Excel sheets will also appreciate the WQHD resolution.

The factory setting is convincing, although we sorely miss an sRGB mode and the gamma control shows clear potential for improvement.

On the other hand, flicker-free backlighting, good ergonomic functions, and support for refresh rates of up to 75 Hz are unreservedly positive. This also applies to reasonable response times and good overdrive implementation.

The AOC Q3279VWF proved itself as a good all-round monitor with an attractive design for the home office and casual gamers.

The Q3279VWF, AOC offers a well-made monitor in the 31.5-inch category that is quite inexpensive at just under $200. The Q3279VWF shows a good picture, offers decent but still expandable ergonomic properties and is content with reasonable energy. One looks in vain for a real deal-breaker on the AOC Q3279VWF. If you are looking for a monitor of this size, you should shortlist the AOC Q3279VWF and see the picture with your own eyes.