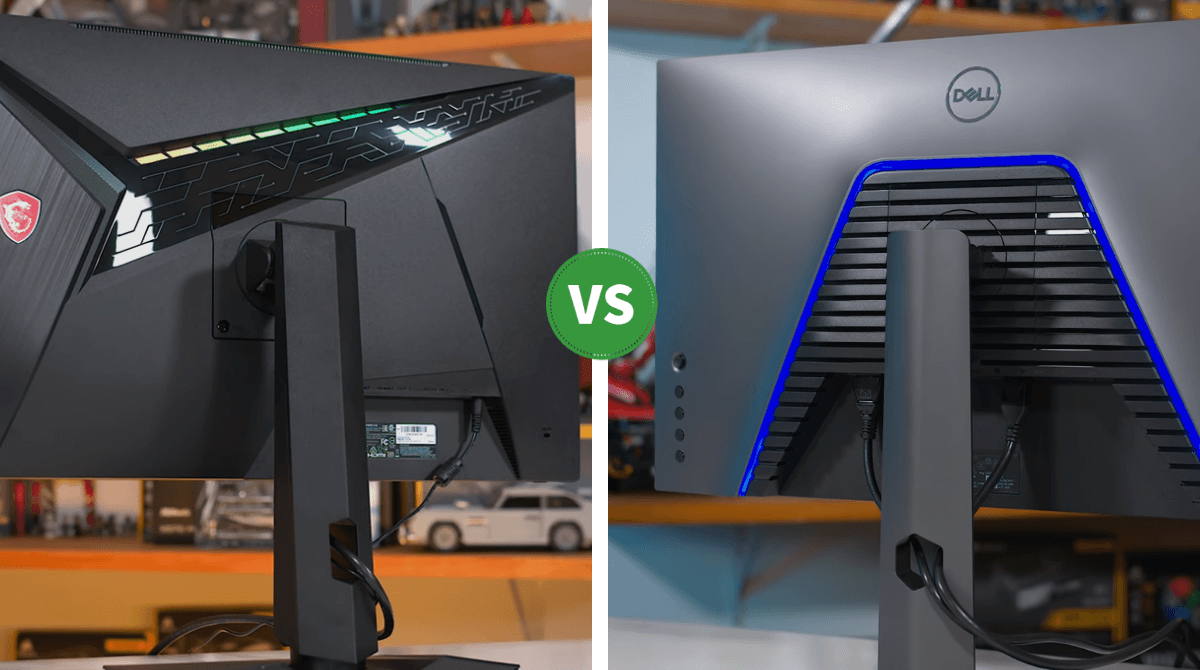 All we knew how much gaming monitors are popular nowadays. And when it comes to the budget monitor segment which is particularly the 27-inch monitor segment then it is much crowded that anyone can get easily confused when out in the market to buy one. But the 27-inch gaming monitor segment has some excellent and value for money product, and today we have two of them to compare, MSI Optix MAG274QRF-QD 27 and Dell S2721DGF 27, so we will compare them to know which one is really worth your consideration. The design of Dell has gone with a hybrid look that falls between the crazy all-out gamer aesthetic of something like Asus ROG monitors and the more minimalist styling you get from brands like LG. We think the monitor looks pretty good from the front nice and simple and clean with neutral color tones that will allow it to blend in with most setups. On the rear of the grilled area with LED lighting around the edge. It doesn’t look bad but it’s not my favorite design and outside of that area, we think it looks pretty good all the outer surfaces are basic plastic. so no reason to get excited by the build quality although there are no obvious issues with the construction like dodgy seams, we do get a full range of motion with the stand as well which is nice to see including height and pivot adjustability. The overall dimensions of this monitor are 611.6 x 363.6 x 67.8 mm and it weighs around 4.5 Kg which is fairly less than the MSI monitor. This is a high-end 1440p monitor to compete with some high-end products in that 500 US price range. It has a 165-hertz refresh rate wide DCI p3 color gamut rated one millisecond response times and it’s got all the usual Adaptive Sync functionality including being Nvidia Gsync compatible. However, the big news here is that MSI isn’t using LG’s nano IPS panel instead, this display is using a brand new panel from AU Optronics which MSI is branding as rapid IPS. Although we couldn’t find any definitive branding for it, in any case, MSI promising one millisecond greater response times. Herewith an IPS display without using the LG panel has become the mainstay of performance IPS gaming monitors. So, in addition to looking at this MSI monitor as a whole, we’re going to be getting a good look at how AU Optronics is going in the IPS market. The price of this monitor is 550 US dollars so definitely in the high-end range for these specs. This is a 1440p resolution 165-hertz maximum refresh rate 27-inch size IPS technology monitor and additionally, it comes with one millisecond greater grade transition times. This display uses essentially the same panel as LG’s 27GL850 and we know how popular that monitor is and so this could be a great alternative that still gives us that nano IPS goodness. But there are a few extra features here working in Dell’s favor is that this monitor has a higher maximum refresh rate of 165 hertz while still supporting the same Adaptive Sync variable refresh features the box lists. This monitor is also having AMD FreeSync premium pro support. But it also is G-Sync compatible certified so it works by default with Nvidia GPUs as well no need to mess around with settings the other thing going for this monitor is its price it has pretty consistently been available for 500 US dollars since its launch. MSI provides a decent range of ports we’re getting one DisplayPort 1.4 two HDMI 2.0 and the USB type-c port that works via DisplayPort alt mode the HDMI ports only support up to 144hz so it might have been nice to see HDMI 2.1 support here but on a 1440p display, this is more of a bonus feature. It won’t get an HDCP port but for audio output, it gets a 3.5mm headphone jack. 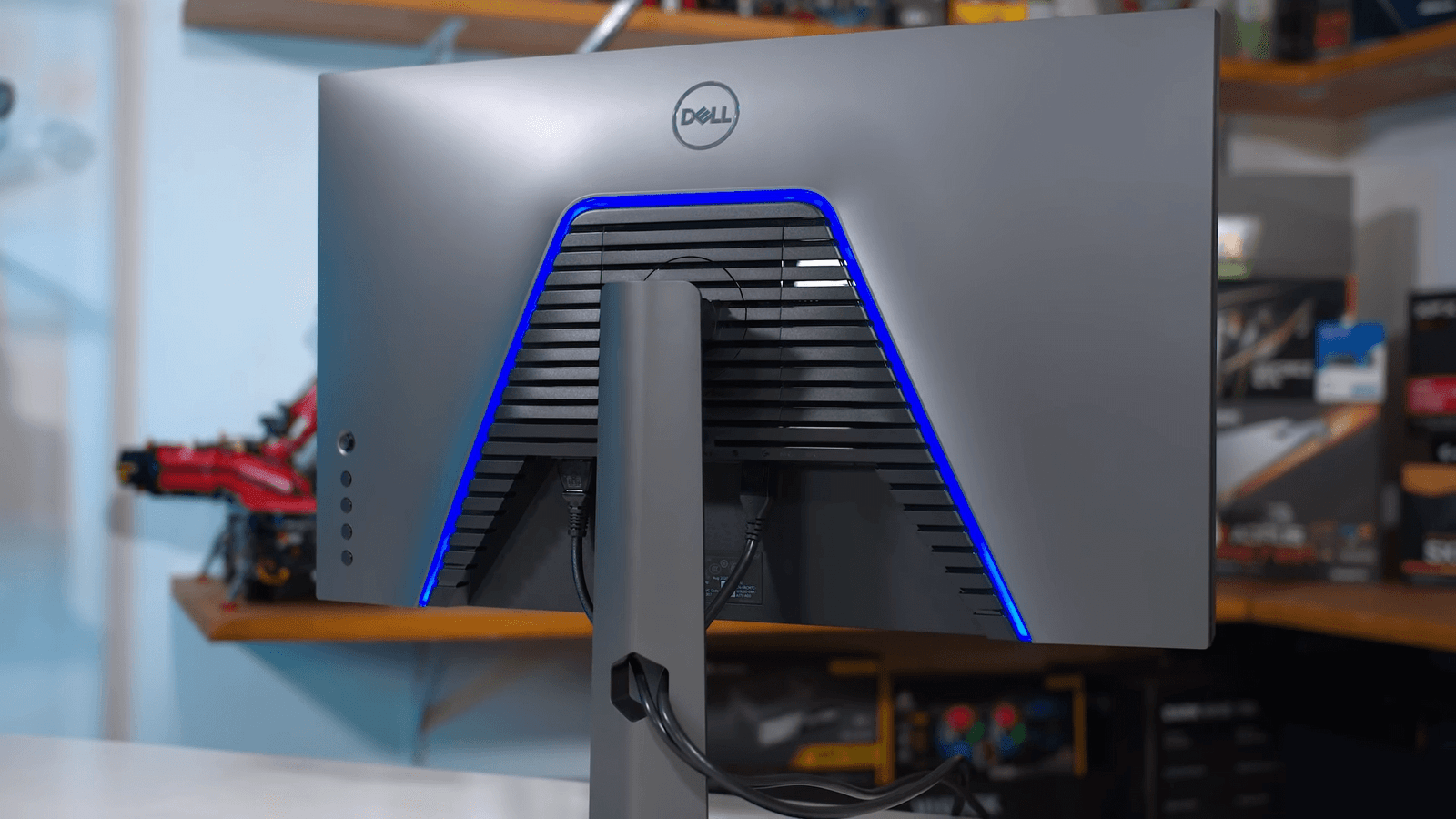 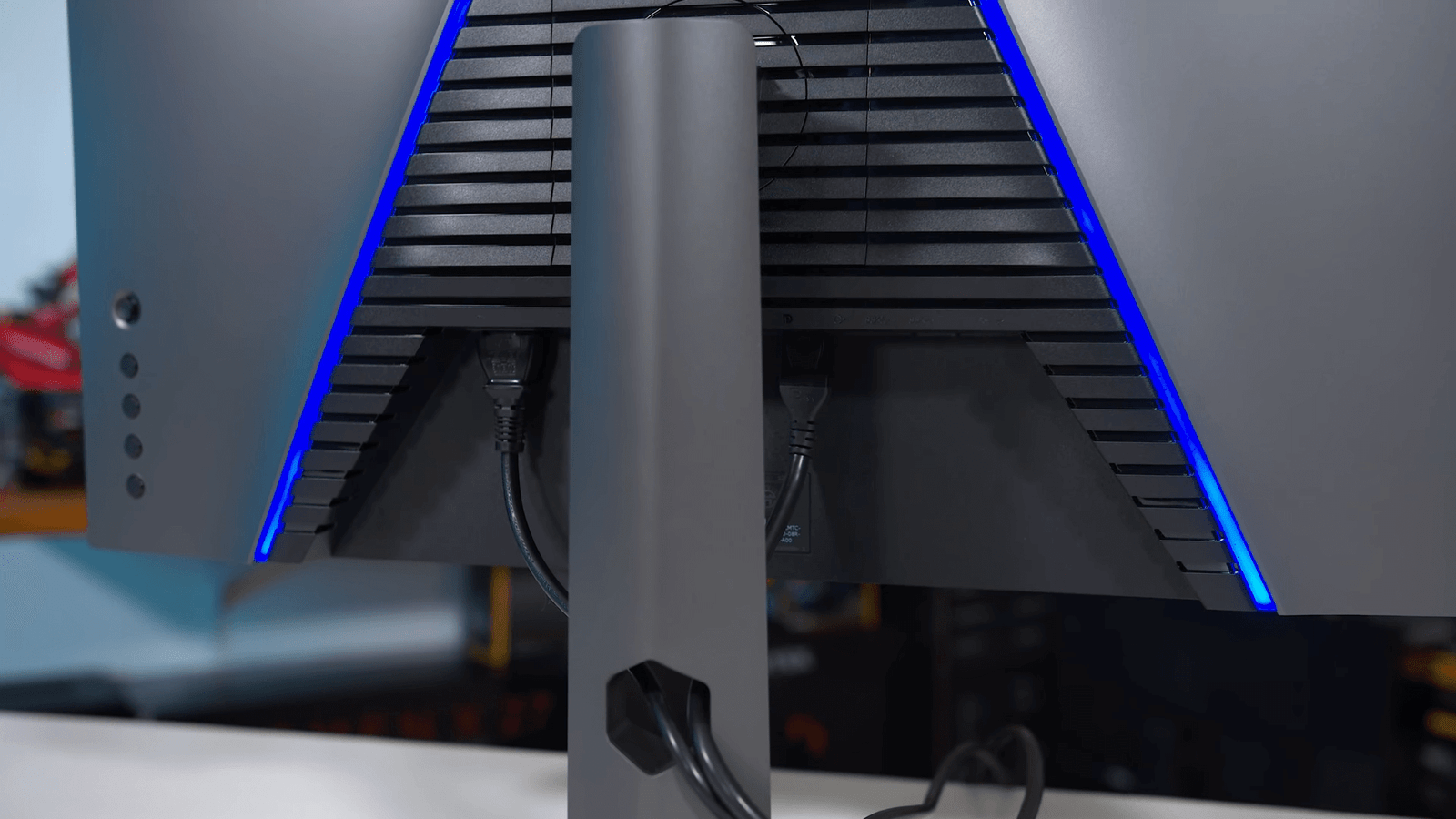 Dell has delivered that here for inputs we are seeing two HDMI and one DisplayPort the HDMI ports support up to 144hz. So to get the full 165hz on offer you’ll need to be using DisplayPort there’s also a USB hub. It does get an HDCP port and a 3.5mm headphone jack.

But both of these devices won’t come with built-in speakers only audio pass-through. This may be because of cost-cutting and to maintain the rates of the monitor budget-friendly.

You can notice from the above table that both of these devices require about the 100-230VAC,50/60Hz, and required an external power supply. Additionally, the MSIs monitor does get a 15W USB Type-C power delivery socket.

Both of these devices very identical in terms of design, features, and specs. But in terms of picture quality, Dell’s monitor is slightly better also it gets some gamers oriented features also. Another important thing is that both of these monitors are served at a very different price point.