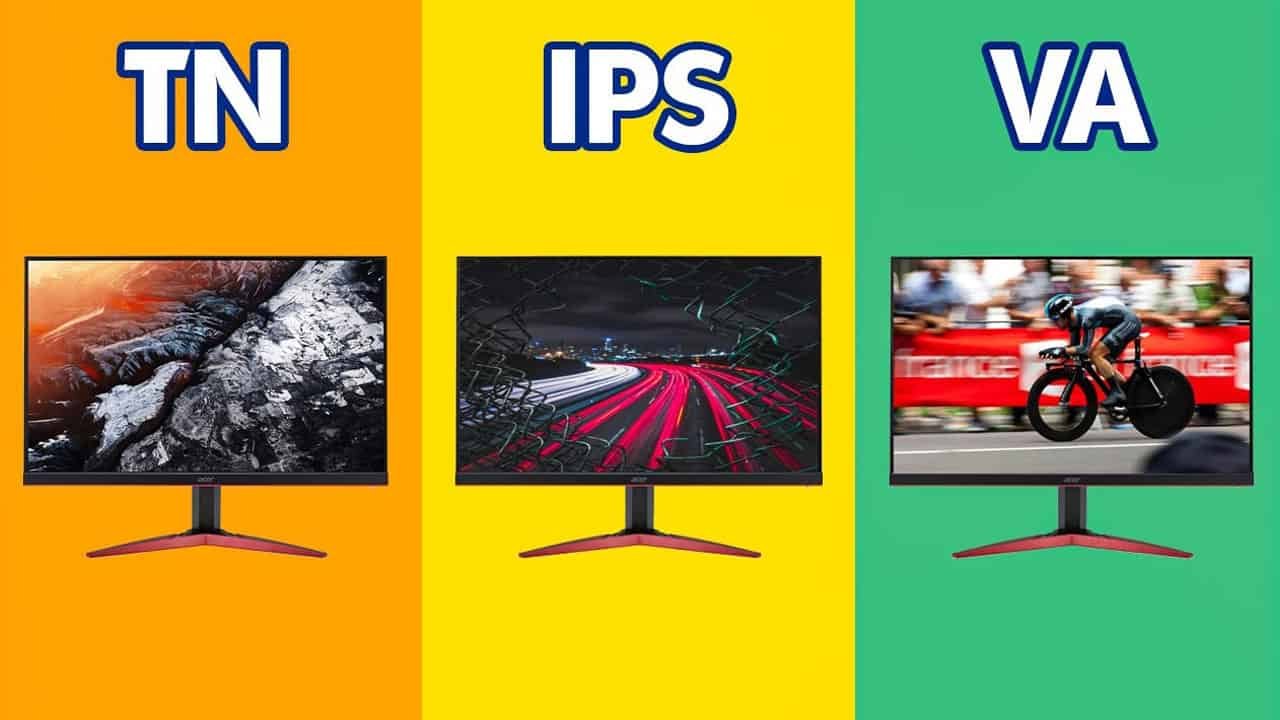 There are many different types of LCD panel technologies (Liquid-crystal displays). Of course, each technology has its advantages and disadvantages. Next, we are going to see each technology in detail, but here is a summary:

TN (Twisted Nematic) is the oldest technology in the world of LCDs (liquid crystal displays). Its operation uses the nematic effect that allows liquid crystal molecules to be controlled with voltage.

Twisted nematic technology was invented in 1970 and developed in the Hoffmann-Roche laboratories. It was a revolution and allowed the creation of flat screens.

Basically, the TN effect is used to change the alignment of liquid crystals when a voltage is applied. This, along with different polarization layers to filter the colors, allows the panel to show light or not.

TN panels are inexpensive and offer excellent response times (between 1 and 5 ms), making them perfect for gaming. Unfortunately, the color reproduction, viewing angles, and contrast of TN panels are worse than current LCD panel technologies.

IPS is perhaps the most famous technology in the world of PC monitors because it tends to meet the most common uses of users very well.

IPS stands for “in-plane switching” and, like all LCDs, it also uses voltage to control the alignment of the liquid crystals. However, unlike TN, IPS monitors use a different orientation of the crystals, one in which the crystals are parallel to the glass substrates, hence the term “in-plane” in their name.

Rather than “spin” the crystals to change the amount of light that is allowed to pass through, the IPS crystals are already rotated, which has a number of benefits. However, you also need a more powerful backlight, which can lead to light leakage or bleeding on the screen.

What is the Super PLS?

It is a technology developed by Samsung that is very similar to IPS technology. According to Samsung, Super PLS (Plane to Line Switching) panels have wider viewing angles, produce 10% more brightness, and are cheaper to produce. In real life … they are just another IPS monitor.

Another type of patented panel similar to IPS and that also has the advantages announced by Samsung. Developed by AUO, AHVA is short for Advanced Hyper-Viewing Angle. It is important to know it so as not to confuse it with VA technology.

VA stands for Vertical Alignment or vertical alignment. As the name suggests, this technology uses vertically aligned liquid crystals that tilt when a voltage is applied to let light through.

This is the key difference between IPS and VA: with VA, the crystals are perpendicular to the substrates, while with IPS they are parallel.

As in IPS technology, the VA also has important variants such as Samsung’s S-PVA or AU Optronics’ AMVA.

VA technology has the advantage of offering better color reproduction and wider viewing angles than TN panels, although they do not reach the level of IPS panels.

VA panels also have the advantage of having higher contrasts compared to TN and IPS, so their blacks are much better.

There are VA monitors with high refresh rates, but they have high latency that can cause ghosting and motion blur. For this reason, competitive players should avoid VA panels.

The biggest disadvantage of VA panels is the color change. The change in color can cause the brightness levels to be uneven across the screen. It is subtle and there are people who do not even notice it, however, there are others who cannot live with it. Color changes also cause a loss of shadow detail in dark scenes when viewed directly from the center. 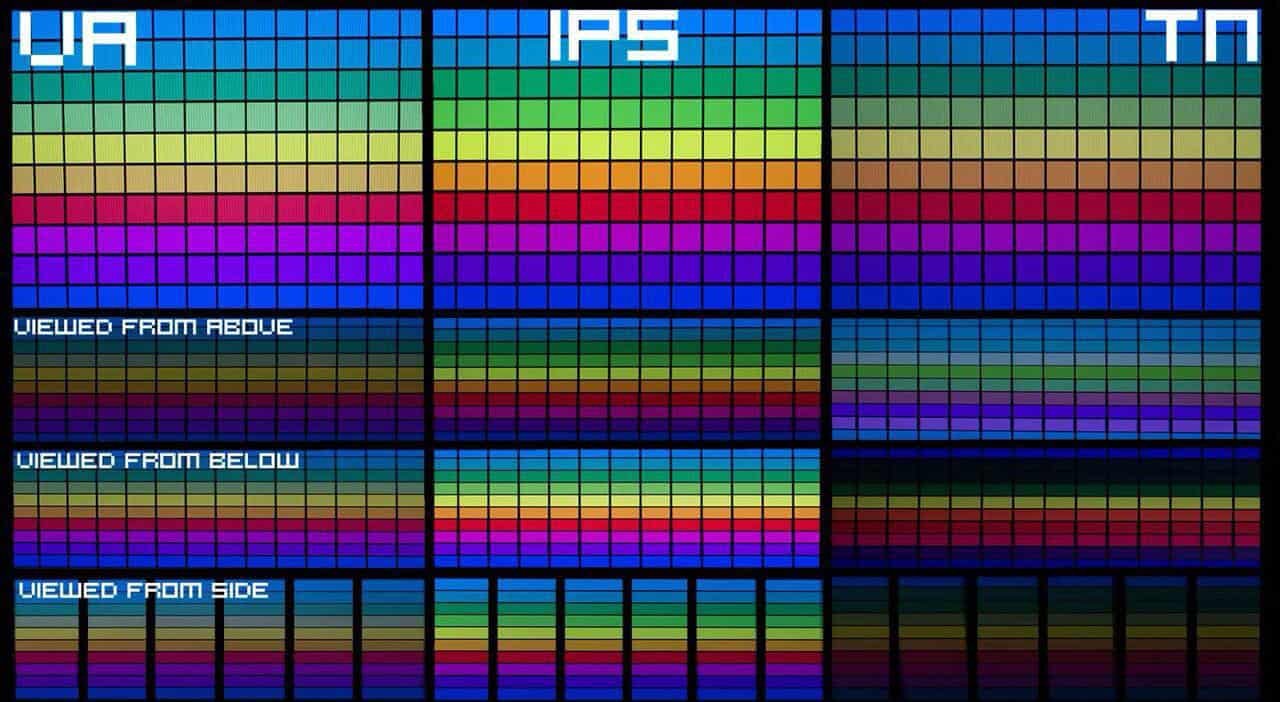 TN panels have the poorest viewing angles. The color and contrast change as you move your head both horizontally and vertically.

The VA panels are significantly better, but the best is the IPS.

Many televisions use VA panels and achieve 6000: 1 contrasts, achieving much deeper blacks. Ideal for watching movies.

Color quality can be divided into color depth (bit depth) and color range.

In both cases, TN panels are the worst. Many TN displays, particularly the cheaper models, only have native 6-bit and use frame rate control, also called FRC or dithering, to achieve standard 8-bit output. 6-bit panels are prone to color banding, while native 8-bit panels have smoother color gradients and therefore better color output.

Not all TN panels are 6-bit. High-end TNs are native 8-bit, but there are very few, even today.

VA panels achieve full coverage of the sRGB color space. However, VA panels can go higher-achieving about 125% sRGB or 90% of the DCI-P3 mark.

With IPS panels, there is more variation. Cheap IPS displays tend to offer sRGB coverage of 95% or less. On high-end displays, usually for professionals, it is not unusual to see full coverage of DCI-P3 and Adobe RGB.

At the gaming level, a very important aspect is the response time. A low time will ensure that we have an image without ghosting, without spots, and with a better level of general clarity.

The early IPS and VA panels were very slow, however, this has improved a lot with modern panels, so the differences between the three technologies are not as pronounced as before. That said, TN is still the best with panels with nominal 1ms (or even less) transition and 2-3ms true gray-to-gray averages.

IPS panels are next in terms of speed, although as is often the case with IPS, there is a wide variation between the best and the worst. High-end IPS monitors can have a transition time as fast as 4 ms. However, entry-level IPS panels sit closer to the 10ms range.

VA panels are consistently the slowest of the three. The fastest monitors have a response time of between 5 and 6 ms.

Currently, both TN and IPS monitors are capable of reaching refresh rates above 200 Hz, more than enough for any gamer. 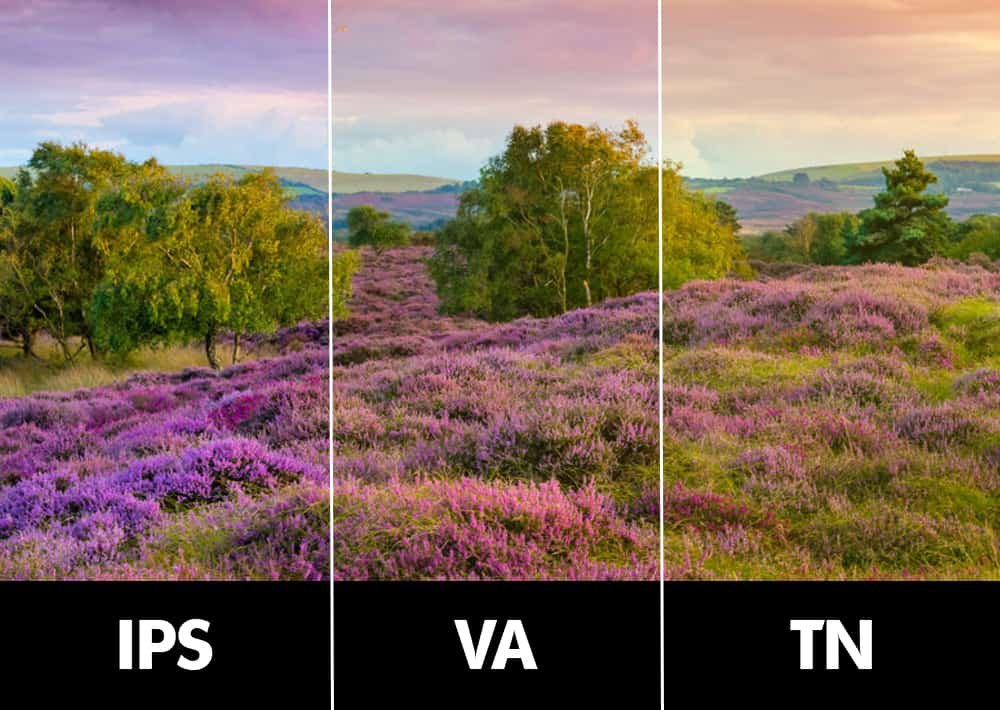 A few years ago the most popular monitors were TNs. However, as the technology has matured, the best-selling monitors use IPS technology.

Over time manufacturers have managed to reduce response times reaching the performance of TN panels, yes, they are not so cheap.

Really, its only improvement, today, is the contrast and the depth of the blacks which is much better in the VA panels.

VAs have the advantage of being cheaper than IPS panels, they have better contrast, and the colors are much better than TNs. From my point of view, VA monitors are also a very good option, especially if you use the monitor a lot to watch movies or to play scary games since deep blacks are much better. Still, keep in mind that some VA monitors are ghosted and their viewing angles are more limited than IPS and can look very saturated (and weird) when viewed from the side. 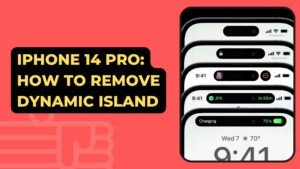 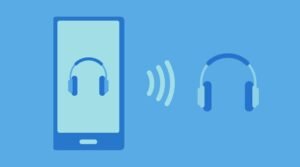 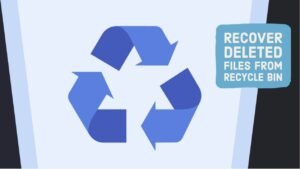 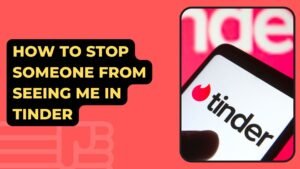 How To Stop Someone From Seeing Me In Tinder 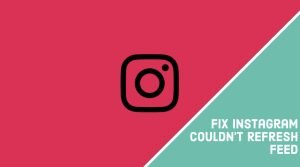 How To Fix Instagram Couldn’t Refresh Feed On iPhone/Android